The Right Not to Pay vs. Individual Freedom 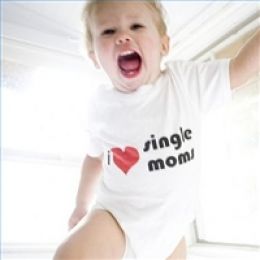 OK, show of hands: How many of you believe motorcycle riders should be forced to wear a helmet because if they’re injured in an accident they could possibly become a financial liability to taxpayers? Hmm, I see some limited government conservatives with their arms up. Bummer.

Apparently y’all believe that an infringement on an individual adult’s liberty is acceptable as long as it’s for the purpose of limiting potential financial exposure to the taxpaying public. Which means you probably agree with the following comments that “Elizabeth” recently posted on my MuthsTruths.com blog:

“An unhelmeted rider is most likely to be an uninsured rider. Private insurance cannot help if the rider is not insured. Logic dictates saving taxpayer funds, and wearing a helmet has been proven, in study after study, to do just that. Your wish to have the wind rushing through your hair is infringing on my right not to have to pay for your stupidity.”

OK, fine. But I assume those of you who agree with “Elizabeth” will be consistent and support legislation forcing unmarried women to put any children born to them out of wedlock up for adoption, right?

What? Your answer is “no”? How so if you’re willing to infringe upon the right of a motorcyclist to ride without a helmet because it infringes on your “right not to pay” for someone else’s stupidity. Indeed, consider the following by columnist Ann Coulter on the subject:

“(T)he leading cause of all social pathologies is single motherhood. … The statistics are so jaw-dropping that not giving up an illegitimate child for adoption ought to be considered child abuse. Various studies have shown that children raised by a single mother comprise about 70 percent of juvenile murderers, delinquents, teenaged mothers, drug abusers, dropouts, suicides and runaways.

“…A 1990 study by the Progressive Policy Institute showed that, after controlling for single motherhood, the difference in black and white crime rates disappeared. Meanwhile, adopted kids, on average, turn out better than even biological kids raised in two-parent families.

“…We could wipe out chronic poverty in America tomorrow if only women would get married before having children or give up their illegitimate kids for adoption. … A 2008 study led by Georgia State University economist Benjamin Scafidi conservatively estimated that single mothers cost the U.S. taxpayer $112 billion every year…”

Now, don’t get me wrong. I’m certainly not advocating that we start ripping newborns from the arms of unmarried women. However, those who hide behind the “right not to pay” argument need to understand the dangerously slippery slope they’re heading down.

As Ronald Reagan once said, “I don’t believe in a government that protects us from ourselves. That’s one of our sacred rights – to be stupid.”