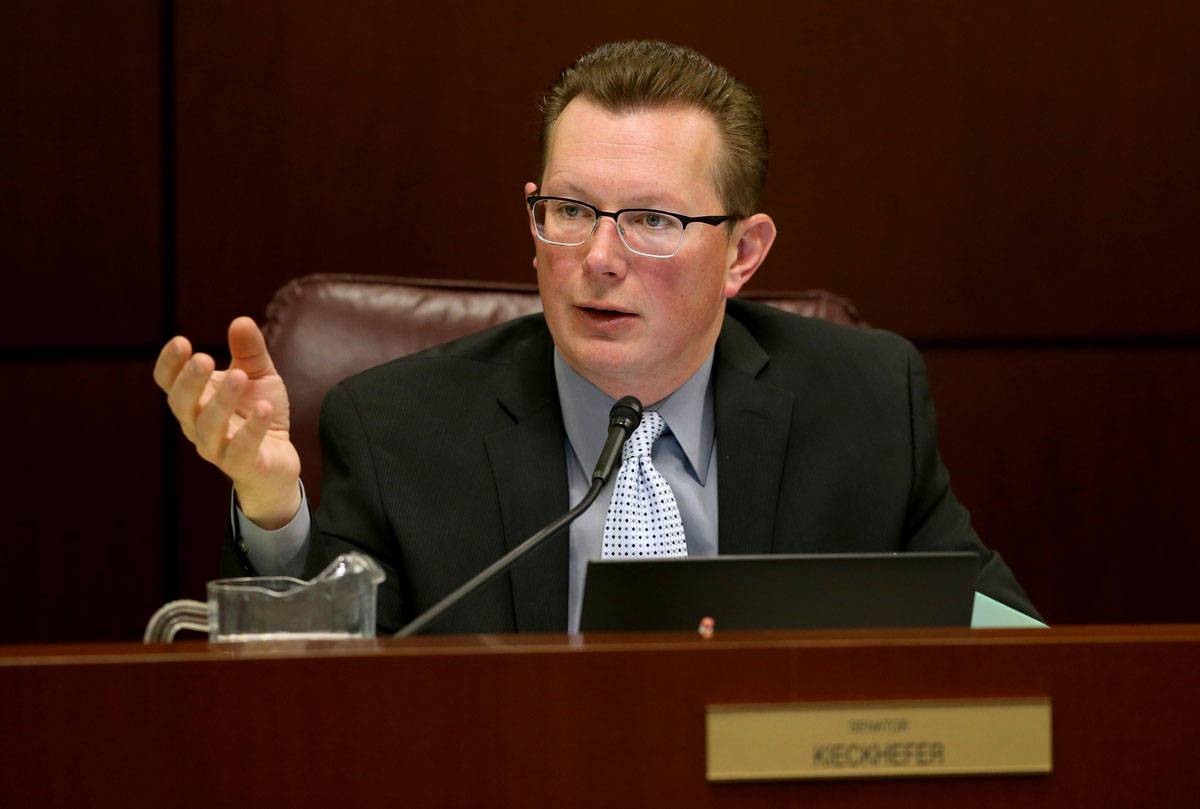 “I think the general consensus now is that the time has come for something like this,” the Reno RINO said.

In response, I tweeted…

“Because, yeah, what NV needs right now is even MORE gov’t regulation while we’re still shut down. Good grief.”

To which the big-government liberal legislator replied…

Because, after all, he’s from the government and he’s just here to “help,” right?

So we waited for the bill and, um, guess what?  The industry does NOT want the government’s nose under its e-tent.  From an April 30 report by Colton Lochhead of the RJ…

“A Republican state senator is trying to create the world’s first government commission to regulate esports competitions here in Nevada.  The world’s biggest video game developers and publishers are trying to kill it.

“The Entertainment Software Association on Thursday called on lawmakers in the Nevada Legislature to abandon a push by Sen. Ben Kieckhefer, R-Reno, to create a new esports commission, claiming that more regulation on esports events in the Silver State would only harm the industry’s growth in Nevada.”

The association’s president, Stanley Pierre-Louis, declared that Kieckhefer’s bill “could have the unintended consequence of driving esports out of the state, which no one in the industry believes is a good thing for Nevada or esports.”

To which the Reno RINO tartly replied: “The lady doth protest too much, methinks.”

Hilariously, Kieckhefer went on to say the association should “consider that the state of Nevada is a business-friendly government that wants them to be there.”

The Nevada government – currently mismanaged by Democrat Gov. Steve Sisolak – shut down the entire gaming industry just a year ago.

And businesses of all shapes and sizes were spied on by government “snitches,” fined and threatened with having their licenses yanked if they didn’t comply with shutdown, reduced capacity and mask mandates issued from upon high.

Worse, anyone following the 2021 legislative session knows the Democrats – with aid and comfort from some really bad Republicans – are passing bills out the ying-yang that screw Nevada’s businesses, especially small businesses, every which way but loose.

How in the hell is that “business-friendly”?

Kieckhefer is termed out of the State Senate after this session.  But he has higher ambitions.  Word on the street is he’s looking to run for a statewide (maybe Controller) or congressional seat in 2022.

With his liberal voting record over the last decade – including his effort to make Nevada more like California by forcing “jungle” primaries on us and voting for the largest tax hike in Nevada history – he’s gonna draw a conservative opponent no matter what he runs for.

And for such a contest, you better pull out your “Bullschitt Meter” and set it on high.  Because I guarantee you the Reno RINO won’t run honestly as a liberal – or even a moderate – Republican.

Instead, his campaign spin doctors are going to try to paint him as the Second Coming of Thomas Jefferson, Ronald Reagan and Barry Goldwater, all wrapped up into one. You know, like the Holy Trinity.

And if you buy it, I have a very nice Nigerian diamond mine I’d like you to invest in!

“You ever get the sense that people in faculty lounges in fancy colleges use a different language than ordinary people?  They come up with a word like ‘Latinx’ that no one else uses.  Or they use a phrase like ‘communities of color.’  I don’t know anyone who speaks like that. I don’t know anyone who lives in a ‘community of color.’ I know lots of white and black and brown people and they all live in…neighborhoods.” – Former Clinton adviser James Carville