The Real Question on Question 3 is Who’s Telling Us the Truth? 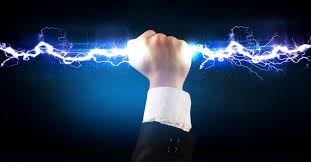 Quick: How much are you paying per kilowatt hour for your electricity?

Yeah, I have no idea either.

One reason is that in Nevada it doesn’t really matter.  There’s no competition for electricity so there’s no reason to really pay that close attention – especially since it means you’d have to learn what the heck a “kilowatt” even is first.

Regardless of what the price is, you have three choices: Buying from the government-imposed electricity monopoly, going 100% with candles, or going 100% with the sun (when it’s out).

Of course, almost no one is going back to the dark ages of no electricity – especially in the dog days of a Las Vegas summer.  And few can afford the cost, or are willing to bear the inconvenience, of converting their home to an all-solar-powered castle.

So that leaves the government monopoly.

Which means the only thing most customers care about is how they’re going to come up with the money to pay their monthly bill since there’s really nothing they can do about the rate being charged.  The government essentially sets the rate for the only game in town.

This is the essence of Question 3 – The Energy Choice Initiative – which will be on the ballot again this November after being overwhelmingly approved in 2016 by 72 percent of Nevadans.  Deregulation.  No more electricity monopolies.

Question 3 would amend the Nevada Constitution to, in part, “declare that it is the policy of this State that electricity markets be open and competitive so that all electricity customers are afforded meaningful choices among different providers.”

In the official argument against Question 3, Democrat lawyer Bradley Schrager – chairman of the Ballot Question Committee in opposition – declares that “No evidence exists that deregulation provides additional choice.”

This turns out to be one of many false claims being put out by the “No on 3” gang.

I learned that Texas already deregulated its electricity market years ago.  So I went to www.powertochoose.org – “the official and unbiased electric choice website of the Public Utility Commission of Texas.”

But Texans don’t just have choices in various plans.  There are multiple providers to choose from as well, including…

Sorry, Mr. Schrager, but you’ve put out “fake news.”  This Texas PUC website proves beyond doubt that “plenty of evidence exists” that deregulation is, indeed, giving the people of Texas “additional choice.”

Here’s another Schrager whopper: “Deregulation of the energy market means a loss of control by Nevada’s citizens.”

Helloooo?  As it stands right now “Nevada’s citizens” have ZERO control of the energy market.  Total and complete control rests in the hands of the power company monopoly and political appointees to Nevada’s Public Utility Commission.

Deregulation takes the power to control power AWAY from the powerful and puts it in YOUR hands.

But perhaps the most ridiculous argument put forward by the Schragerites is this one:  “We allowed the airlines to be deregulated, and today air travel is a nightmare.”

Now, I won’t argue that air travel today is a nightmare.  But it’s not because of deregulation.  It’s because we turned over control of airport security to the government.  It’s the crotch-grabbing, granny-fondling TSA agents who have turned boarding an airplane into a trip to a Las Vegas nudie bar.

As for flying itself, however, deregulation has resulted in competitive pricing and multiple carrier choices.

For fun, as I wrote this I went to Expedia and searched for options for a round-trip, coach flight from Las Vegas to Orlando departing on Saturday, July 21, 2018.  And I found 41 different flights ranging from $292 to $1,203.

Had a wide choice of airlines, too:  Frontier, Spirit, American, Delta, United, Jet Blue, Sun Country and Alaska Airlines.  Southwest isn’t included on Expedia, though it flies there, as well.

Now, it’s been my experience, over 20 years of full-time political activism in Nevada, that when the opposition has to resort to Chicken Little propaganda and outright falsehoodizations (it’s fun to make up new words!), their position is on shakier ground than the San Andreas fault.

Oh, I’m not done yet.  I’m just getting’ warmed up.  Stay tuned for more on Question 3 in the coming weeks and months!