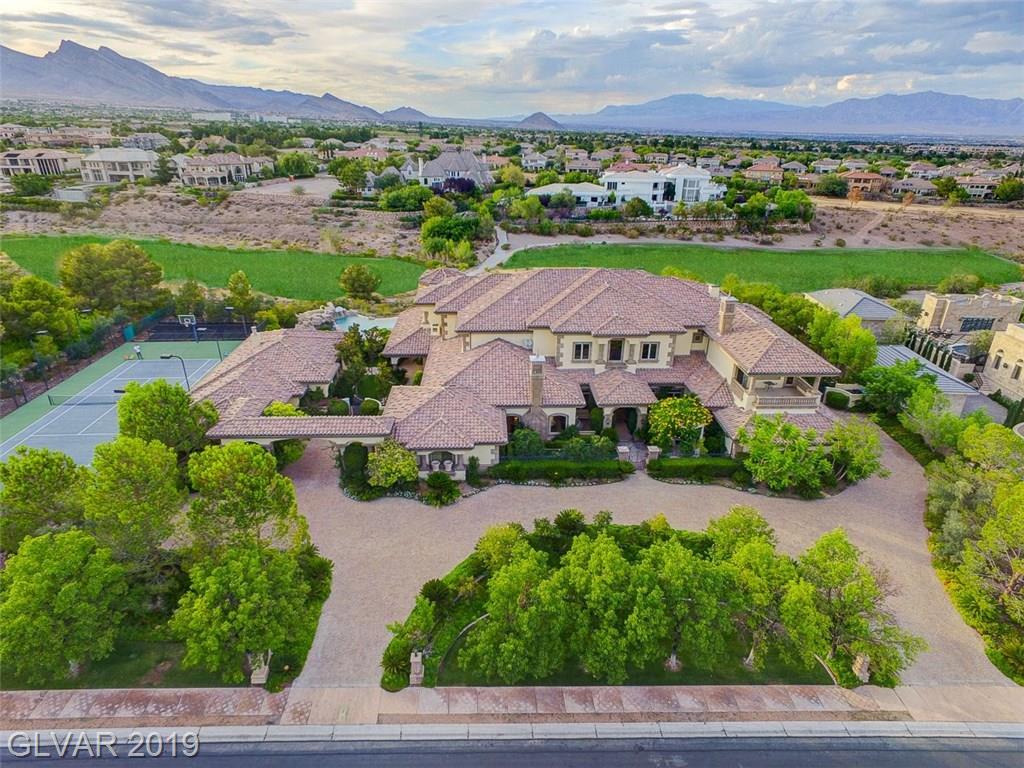 (Chuck Muth) – Most people have at least heard of the monster-mash brawl between the owner of the Badlands golf course in northwest Las Vegas and the homeowners who bought million-dollar-plus luxury homes in the development that surrounds it.

But most people also don’t really understand what the brouhaha is all about.  The minute terms such as “inverse condemnation” are uttered, eyes glaze over.  So let me try to clarify this murky swamp in layman’s terms…

The golf course owner, Yohan Lowie, owns the land the golf course is on.  He also owns the property right to redevelop that land into something that would be worth more than it is as a golf course.

But that’s the problem.  The golf course property doesn’t belong to the homeowners.  It belongs to Mr. Lowie.  And he has the right to redevelop the property into something else – which the homeowners were told when they bought their homes.  More on that later.

So the homeowners hired a bunch of high-priced lawyers – the most prominent of which, Frank Schreck, also just so happens to be one of the homeowners – who have filed a lawsuit to block Mr. Lowie from turning the green – well, brown now since the course has been closed for two years – golf course into a pot of redevelopment gold.

The homeowners have also been pressuring the Las Vegas City Council to change the zoning rules, after the fact, and force Mr. Lowie to “submit a major modification” request in an effort to block Mr. Lowie from developing the land in ways that were approved back when he originally bought the land – again, before Queensridge was built

And many believe the Supremes will agree.

Now, since the city has thus far stalled approval of Mr. Lowie’s new development plan, the city’s taxpayers are at risk of being on the hook for the loss of income Mr. Lowie has suffered due to the multi-year delay – a “taking.”

Which could cost city taxpayers MILLIONS of dollars the city doesn’t have.

In fact, according to a story in Las Vegas Review-Journal on Saturday, this legal battle has already cost city taxpayers – all of them, not just the Queensridge residents – almost $1 million dollars, with no end in sight.

So the Las Vegas City Council voted 5-2 this week to authorize the City Attorney to join the Supreme Court appeal on Mr. Lowie’s side.

Now – for me at least – the big question is whether or not the homeowners were made aware of Mr. Lowie’s right to redevelop the golf course when they bought their homes, because according to Mr. Schreck, “Everybody who bought on the golf course bought into the golf course based on what you see is what you get.”

And what they saw was a plush-green golf course view.

But apparently what they didn’t see were the actual terms of the contract they signed which clearly stated that what they wanted to see wasn’t necessarily what they’d always get.

I have a copy of the “Covenants, Conditions Restrictions and Easements” (CC&R) issued by the city for the Queensridge planned community development dated May 10, 1996 – well BEFORE any homes were built.

This document outlines what the property being approved for development as the Queensridge planned community could be used for, including single-family homes, multi-family homes, condominiums, hotel, etc.

Again, the Badlands Golf Course was already there BEFORE the Queensridge planned community was built.  And the CC&R specifically stated that “The existing 18-hole golf course commonly known as ‘Badlands Golf Course’ is not part of the property.”

That’s because the land the Badlands Golf Course was on wasn’t owned by the developers of Queensridge.  That land was owned by Yohan Lowie.

And since it was Mr. Lowie’s land, it was up to Mr. Lowie, not the Queensridge planned community, to decide whether to keep that land as a golf course…or do something else with it.

Well, a few years ago Mr. Lowie decided to exercise his property rights and do something else with the land.  Which resulted in Mr. Schreck and other homeowners – who didn’t want to lose their backyard view of a plush, green golf course – had a conniption.

When Mr. Schreck and the other homeowners bought their homes in the Queensridge planned community, the “Purchase Agreement” they signed specifically stated that the Seller “has made no representations or warranties” concerning possible “future development” of “the surrounding area of nearby property.”

In fact, click here to see a map included in the CC&R of the area which specifically shows that the Badlands Golf Course was “NOT A PART” of the Queensridge planned community and was “SUBJECT TO DEVELOPMENT RIGHTS.”

Including the development rights of…Yohan Lowie.

But the Purchase Agreement went even further.

Under “Additional Disclosures” – which buyers had to initial, acknowledging it had been “read and approved by the purchaser” – the Queensridge planned community specifically advised Mr. Schreck and the others that what you see might NOT always be what you get.

“The Lot (being purchased) may have a view or location advantage at the present time,” Section 6 of of the Purchase Agreement reads.

A view advantage like a plush, green golf course off the back yard.

The operative words here are “outside the Planned Community.  Like…the Badlands Golf Course.

“Purchaser acknowledges that Seller has not made any representations, warranties, covenants, or agreements to or with Purchaser concerning the preservation or permanence of any view or location advantage for the Lot.”

Like the view and location advantage of a golf course view.

So from where I sit with what I’ve learned so far – acknowledging that I’m no lawyer and don’t even play one on TV – it appears the home owners in the “Queensridge Quagmire” don’t have a leg to stand on.  Will be interesting to see if the Supreme Court agrees.

Either way, city taxpayers are gonna get fleeced.  The only question is how Badlands badly.