The Most Important Nevada Race for Conservatives Not on the Ballot: Tolles vs. Titus 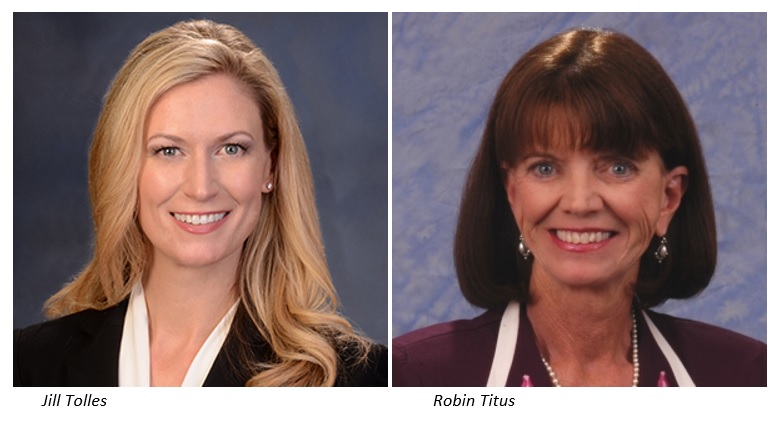 (Chuck Muth) – Most people think politics is about issues.  It’s not.  It’s about math.

Majorities get to lead.

Now, here’s an inconvenient truth: Republicans have virtually NO CHANCE to win the majority this November in the Nevada State Assembly.  The numbers aren’t there even if the Republican caucus had competent political advisers – which it doesn’t.

Republicans DO have a chance to get themselves out of the 13-seat super-minority hole they dug themselves into by passing the largest tax hike in Nevada history in 2015, but they ain’t getting to 22 seats.

The Republican Assembly Caucus is split generally into two factions.

And here’s the math…

There are eleven incumbent Republicans running for re-election this year.  Based on their voting records and other considerations, I’d put six of them on Team Tolles and five on Team Titus.

Again, this is based generally on their voting records.  Doesn’t necessarily mean that’s who they’d vote for in a leadership fight.  Krasner and Hansen, for example, might align with fellow Renoite Tolles in a caucus election. But we’ll burn that bridge when we come to it.

Now, of the eleven only two face serious primary challenges: Hafen (District 36) vs. Joe Bradley and Edwards (District 19) vs. Annie Black.  If both incumbents lose tomorrow, the caucus dynamic would change dramatically.

There are five other seats in play…

Sexton has the best chance to hold this seat in the general AND add a vote to Team Titus.

Assembly District 4:  Until 2018, this Clark County seat was held by a Republican.  Two Republicans are vying to take the seat back tomorrow: Richard McArthur (Team Titus) and Donnie Gibson (Team Tolles).

Assembly District 37:  Until 2018, this Clark County seat was held by a Republican.  Three Republicans square off tomorrow, but the race will be between two of them:  Andy Matthews (Team Titus) and Michelle Mortensen (Team Tolles).

Assembly District 31: This Washoe County seat is the only seat with a Republican majority and a Democrat incumbent.  Three Republicans will be on the primary ballot: Former conservative Assemblywoman Jill Dickman (Team Titus), Dave Espinosa (Team Tolles) and Sandra Linares (Team Titus).

Dickman has the best chance to win back this seat in the general AND add a vote to Team Titus.

Assembly District 40: This is an open seat in Carson City where former Assemblyman P.K. O’Neill (Team Tolles) – who was ousted in 2016 after voting for the largest tax hike in Nevada history – is trying to make a comeback vs. Day Williams (Team Titus).

Where conservatives really dropped the ball this year was failing to field primary challengers against the four Team Tolles players with the worst conservative voting records: Tolles, Roberts, Hardy and Leavitt.

Not only does that assure their re-election, but it’s allowed them to assist in other races on behalf of wishy-washy GOP moderates and establishment toadies.

For example, both Tolles and Roberts coughed up $1,000 each to Edwards and Hafen because they had no race of their own to worry about.

In addition, whoever controls the caucus controls its legal “money laundering” operation.  That’s where donors, at the direction of caucus leaders, give money to a PAC controlled by the caucus – and then the PAC dishes out dough to favored candidates.

Three RINOs control the caucus’ management and money: Tolles, Roberts and Leavitt (who is the absolute WORST Republican in the entire Legislature for reasons above and beyond his lousy voting record).

But since none of them are facing primary challenges, the only way to get them out of their leadership positions is to elect a conservative majority to control the caucus and oust them from their perches.

Majorities get to lead.  Step One is to get conservative-majority control of the Republican Assembly Caucus.

Please note: My recommendations are based on if I was voting TODAY…which I’m not.  Here’s my running, up-to-date list: muthstruths.com/election2020/

“According to the series executive producer and showrunner Peter Browngardt, the new series Looney Tunes Cartoons – which has launched on HBO Max – will still feature Elmer Fudd as a characteristically violent character. However, he will now carry a scythe instead of a gun…” – Breitbart News