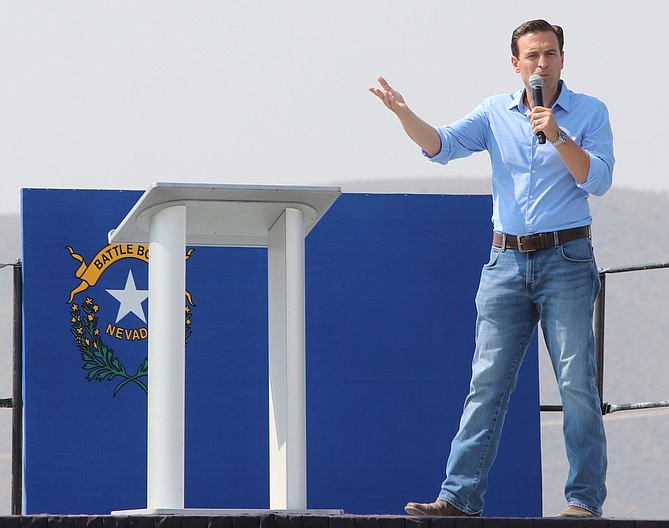 (Chuck Muth) – Hoo-boy, did I ever open a can of worms with yesterday’s Muth’s Truths about the upcoming GOP primary for the Nevada U.S. Senate seat between Adam Laxalt and Sam Brown (and a gaggle of other wannabes).

While neither endorsing nor opposing either candidate, I did critique some of the deficiencies of both candidates and their campaigns as they vie for the right to challenge Democrat incumbent Sen. Catherine Cortez-Masto-Reid.

But my reference to Laxalt’s 2018 gubernatorial campaign as “un-inspiring” inspired a flood of Nevada conservatives to unleash heretofore bottled-up, raw emotions about the former Nevada attorney general.  Their displeasure is deep and intense.

I’m not going to disclose names.  But the following samples are indicative of the kinds of emails I received and, frankly, have heard about Laxalt over the past couple of years – especially after he lost the 2018 race against Democrat Gov. Steve Sisolak…

And while the inside-the-beltway folks in DC have united in anointing Laxalt as the GOP’s standard-bearer, many Nevada conservatives, as you can see above, have lost that luvin’ feeling.

Team Laxalt is gonna be royally PO’ed with me (what else is new?) for sharing these emails with you.  But you don’t fix a problem by pretending it doesn’t exist.

And whether they want to admit it or not, Laxalt has some major problems with many in the conservative GOP base – especially among small-dollar donors and grassroots volunteers.

Since Laxalt’s kickoff video features a Star Wars theme, let me close with this:

I feel a great disturbance in the conservative Force.

Team Laxalt will ignore it at their own peril.

“Biden has blood on his hands. For every soldier or civilian who died or will die in Afghanistan, Biden is responsible.” – Ian Miles Cheong

“Joe Biden became Jimmy Carter (last) Sunday. On Monday he confirmed it in a speech doubling down on the decision that has given us the debacle unfolding in Afghanistan.  Years after President Carter departed the Oval Office, his name still remains a synonym for weak and inept.” – William McGurn