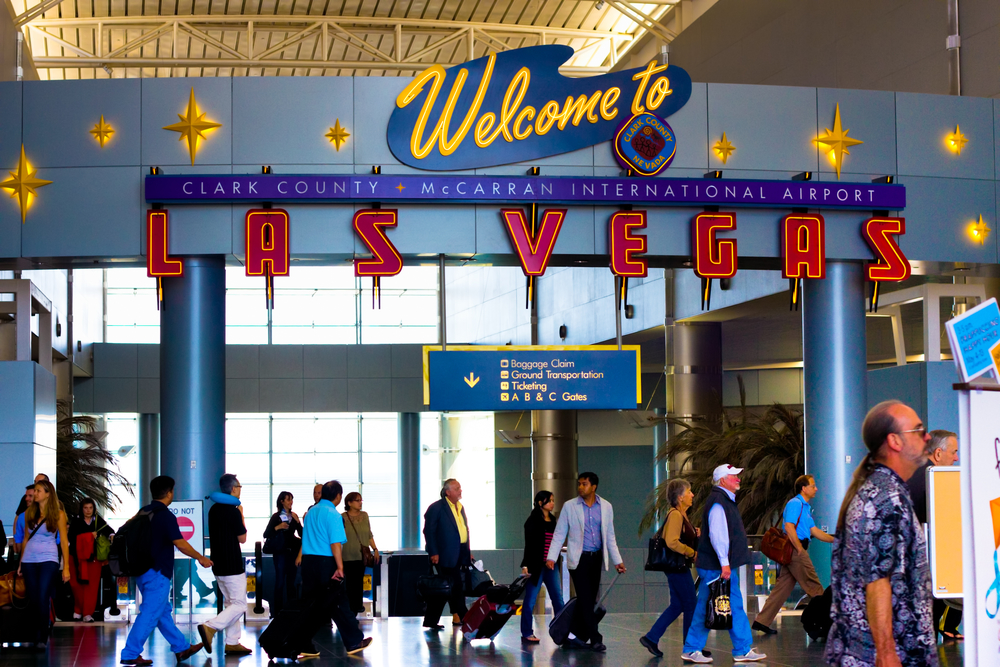 (Chuck Muth) – Years ago I ran into then-Sen. Harry Reid on a flight from Phoenix to Las Vegas.  We had a brief but cordial conversation.

At the time I was looking into options for naming something of significance after late President Ronald Reagan in Nevada.  I asked the Senator about possibly naming the proposed Boulder City bypass leading to the new bridge over Hoover Dam the “Ronald Reagan Bypass.”

He said absolutely not.  He didn’t want ANYTHING named after the Gipper.

And now, a decade later, Sen. Reid is using his waning political influence to heavily lobby the Clark County Commission to change the name of McCarran Airport to Harry Reid Airport.

Hypocrisy is apparently a virtue if you’re a member of the Reid Royal Family.

In response, I then began looking for an appropriate mountain to designate as “Mount Reagan.”  That’s how I learned about the Board of Geographic Names (BGN).  Almost all naming projects of natural features must go through its administrative process.

We settled on a mountain peak at the top of Frenchman Mountain on the east side of Las Vegas and submitted our application to the Nevada BGN – which approved the designation in 2013.

But before the national BGN could move forward with final approval, Rep. Dina Titus intervened and introduced a bill to name the peak after someone else (“Mount Maude”).  And that stopped the administrative approval process cold in its tracks.

She, Sen. Reid and Rep. Steven Horsford have bottled up “Mount Reagan” ever since.

Now, I mention this not only to demonstrate Sen. Reid’s hypocrisy, but to share what I learned about the “parameters and standards” the BGN has established for federal agencies on naming proposals.  Here’s the biggie…

“If the intended honoree has not been deceased at least five years, the proposal will be returned to the proponent with a request that it be resubmitted once the waiting period has passed.”

Sen. Reid is still alive.  Granted, the FAA, not the BGN, will make the final decision on this proposal if passed by the Commission, but the overriding principle is sound and should be followed.

“Existing names, especially personal commemorative names, which honor an individual, and those names in longstanding public usage, should not be changed unless the proponent presents a compelling reason to do so.”

The Las Vegas airport was named “McCarran” way back in 1941 in honor of Democrat Sen. Pat McCarran, who “helped obtain federal funding for the city to buy the field and build a terminal.”

Back to BGN guidelines…

“A proposal to revise or eliminate an existing personal commemorative name will usually be disapproved unless the proponent presents a compelling justification.”

There is no such compelling justification to change the McCarran name; only some cherry-picked politically correct excuses.

More from the BGN…

“A proposal to commemorate an individual should include evidence of local support for the proposed name and its application. Such evidence may be in the form of letters from the appropriate governing authorities and local residents, as well as, where appropriate, from historical societies, service organizations, etc.”

“The staff also encourages proponents to solicit support from neighbors, property owners, local businesses, and others who are familiar with the feature and the name proposal. This process may occasionally generate a counterproposal to the original proposal.”

While there is clearly a modicum of local support from individuals who have benefitted personally and professionally from Sen. Reid’s “Favor Factory,” there is overwhelming evidence of WIDESPEAD local opposition.

That’s why county commissioners appear to be adamantly opposed to putting this proposal up for a vote of the people.  They know the vast majority of locals do NOT want this change.

It’s also why one or more of the commissioners who don’t owe their political career or wife’s employment to Sen. Reid (see Famous Last Words I below) should offer an amendment to the proposal calling for a public vote of the people.

First, He Came for Pat McCarran; Next, John Wayne?

The driving force behind changing the name of McCarran Airport to Harry Reid Airport is Clark County Commissioner Tick Segerblom.  But he’s just getting warmed up!

In response to my Muth’s Truths column on this issue yesterday, Mark Skousen of Orange County, CA – the organizer of the annual FreedomFest conference in Las Vegas (until Sisolak shut down the event last summer) – sent an email to Commissioner Segerblom weighing in on the erupting brouhaha…

“I just read up on Sen. Pat McCarran, who was senator from Nevada from 1933 to 1953.  Reading about him in Wikipedia, he was a strong anti-communist (McCarran Act) and supported aviation programs.  I well remember the displays about aviation at the Vegas airport.  He also worked with both Republicans and Democrats and was not an automatic FDR man.

“In other words, he was not so partisan as Harry Reid, who created a lot of enemies when he was Senate Majority Leader.  In today’s world, do we need name an airport to another divisive politician?  Surely Nevada can name an airport after a scientist or writer, someone who brings people together rather than pulls them apart.”

To which Commissioner Segerblom replied…

“I appreciate your interest – fyi – after I finish getting rid of mccarran I’m coming to your neck of the woods and getting rid of john wayne – he and mccarran have both outlived there relevance to modern, diverse Nevada and California.  tick”

This is the co-star of a coming Muth’s Truths… 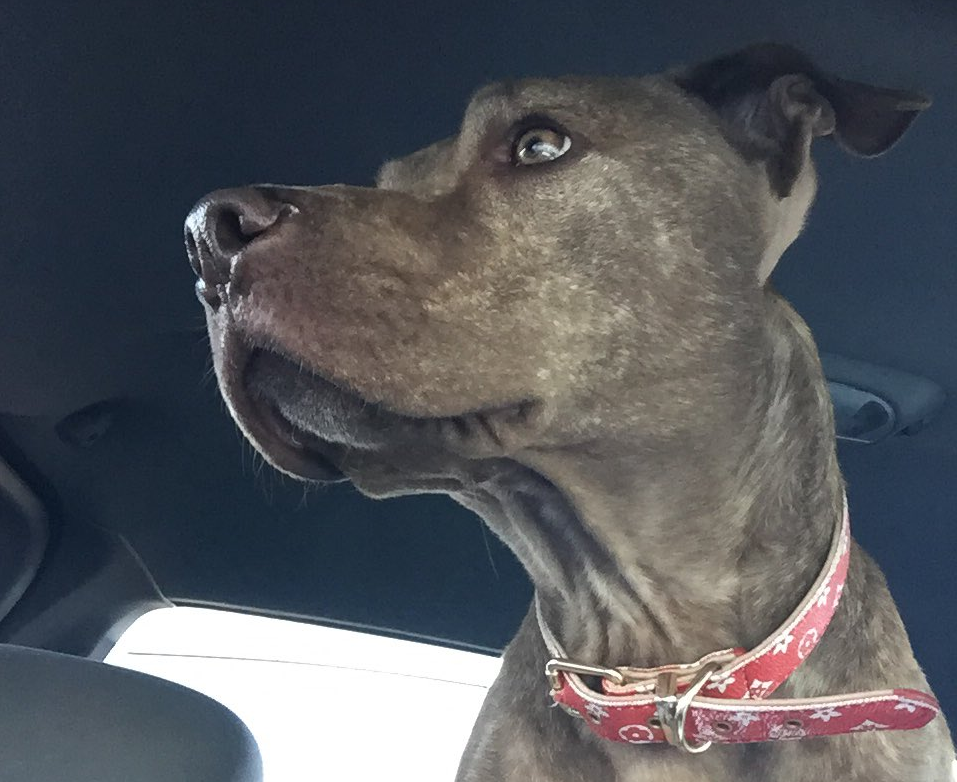 Let me just say for now that if you’re an advocate for eliminating cash bail, especially for perpetrators of domestic violence, I’m no longer a mere opponent on philosophical grounds. From a recent experience, I’m now on a freaking crusade.

Stay tuned.  You’re not gonna wanna miss this one.

About that Innovation Zone…

I know some Republicans and conservatives have reflexively voiced opposition to the proposal based solely on the fact that Gov. Sisolak is the one who proposed it.  And usually, that’s a pretty reliable barometer.

But this *might* prove to be an exception to the rule.  So consider keeping your powder dry and your mind open until I’ve been able to fully research this issue.  I promise to weigh in on it well before the vote on the bill.

“I have known the Reid family since I was an 18-year-old college student, serving with (Reid’s son) Josh as Chair and Vice Chair of College Democrats at BYU. Senator Reid gave my wife an internship in DC when she and I were just married, and then hired her right out of college while I was in law school. My wife has worked with or for Senator Reid for much of her career, including his last 3 campaigns.

“Senator Reid was instrumental in my getting a prestigious federal judicial clerkship and aiding my career and interest in public office. (Harry’s son) Rory threw me my first fundraiser when I was a green 27-year-old running unsuccessfully for State Assembly. Needless to say, my family owes a lot to Senator Reid. But beyond that, I just think it is right thing to do at the right time. I hope you will understand that.” – Clark County Commissioner Justin Jones

“In light of revelations that Commissioner Justin Jones supports a proposal to change the name of McCarran Airport to Harry Reid Airport, not at the request of his constituents, but because he and his wife obtained significant personal favors from the former senator, I urge (commissioners) to urge him to abstain from any vote on this issue.

“In addition, I also urge (commissioners) to amend the proposal to include a requirement that any name change be approved by voters.  Such a major change should be decided by the 1.2+ million voters of Clark County, not seven commissioners who never even campaigned on this issue when they ran for their seats. Thank you for your consideration. – Denell Hahn

“Just because Reid has done enough to be eligible for the honor of having a public facility named for him doesn’t necessarily mean it should be so. …

“What about what the people want? Any name change approved by the County Commission won’t be laid before the voters at the ballot box, but there’s a good indication of what would happen if it were.

“Ever since I’ve been writing about this subject, there’s been one, consistent, repeated suggestion. I’ve seen it on Twitter and emails, heard it in voicemails and in conversations. Others have, too. The overwhelming consensus of the public is clear, if the commission cares to hear it: