The Doctor is (Back) In! 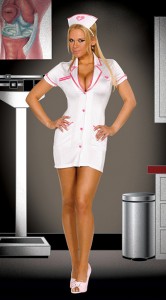 Psephology (see-fol-oh-gee): noun – The study of politics and elections.

As many of you know, before my first daughter was born I was conducting campaign training seminars all over the country for the Leadership Institute and others almost, it seemed, every weekend. Alas, for the last nine or ten years I’ve abandoned the workshop circuit for the playground circuit….and don’t regret that decision one iota.

However, the kids are older now and I’ve been itching to get back in the campaign training “biz.”

You see, for all intents and purposes, you can’t change public policies unless you change public officials. Liberals like Dina Titus and John Oceguera and Sheila Leslie aren’t going to change their minds about raising our taxes. So the only option is to defeat them and replace them with someone who has a little more respect for our wallets and purses.

And therein lies the problem, especially for conservatives.

First-time candidates – as well as some incumbents – have no idea how to run a campaign. And with few exceptions, neither do the “professional” campaign managers some of them have hired.

Indeed, many incumbent Republicans won their seats by accident, not design. I mean *somebody* had to win, right?

Anyway, when Vicky Maltman, President of the North Valleys Republican Women, asked me a couple months ago if I’d fly up to Reno and conduct a candidate/campaign workshop for her group….I thought maybe now might be the right time to get back in the training game.

What a GREAT group of activists and potential candidates Vicky put in that room yesterday. Great questions, great comments and great conservatives. I mean, you don’t take off on a beautiful northern Nevada Saturday to attend an indoor campaign training workshop unless you are (a) really, really committed, or (b) should be committed!

Kidding aside, being with such terrific conservative activists really re-charged my batteries. And while I was a little rusty in the beginning from being out of action for so many years….it was like riding a bicycle. It all came back to me like a hot kiss at the end of a wet fist.

I wouldn’t call it a “calling” – especially since I’m not really all that religious and don’t think God chooses sides in politics. But it feels like this sort of thing is what I was meant to do. I just love teaching – especially home-schooling my kids (remember that lesson they learned at the California Agricultural Inspection Station a few weeks ago?).

Yes, I also love writing about politics, public policy and current events. Yes, that writing is educational and sometimes entertaining (“Sure Would!”).

But if we don’t give conservatives – activists, leaders and candidates alike – the information and training they need to be effective, more effective and super effective, as well as win their races, elected liberals will continue to direct our state’s and our nation’s future down that slippery slope to – dare I say it? – socialism.

Of course, I’ll continue to write general interest columns, op/eds and blog posts as I always have. It’s in the blood. It’s in my DNA. I can’t help myself.

Just maybe not quite as often….and probably not always for free. After all, you can’t save the world if you can’t pay the rent (or the babysitter)!

But come Labor Day weekend – after getting back from my annual two-week camping trip with the family – I intend to launch a new-and-improved (though probably not lemon-scented) intense, comprehensive campaign and candidate training program for conservatives, the likes of which has never been seen in Nevada!

Yes, I am a master practitioner of hyperbole….but not in this case.

Much will be done via the Internet. After all, isn’t that why Al Gore invented it?

Some will be done via conference-calling.

And yes, not only will I be doing regular and frequent “live” training workshops in Las Vegas, but I’ll be in Reno and Elko….and everywhere in between for everything you ever wanted to know about campaigns and grassroots activism, but didn’t know who to ask.

Again, it’s going to take me the rest of the summer to get everything organized and set up…including the development of new campaign training website/education resource center. I expect to launch around Labor Day. So if I’m somewhat AWOL from your email inbox over the next few weeks, you’ll know why.

So what should you do in the meantime?

First, if this sort of thing is of interest to you – and I understand that this level of activism isn’t going to be everyone’s cup of, er, tea – then go to www.CampaignDoctor.com right now and enter your email address to subscribe to receive free future information (there’s also some GREAT campaign training info already there if you haven’t read it yet).

Secondly, if you are SERIOUS about running for office or running a political organization in this upcoming election cycle, set $297 aside. It’ll end up being the best $297 you’ll spend this entire election cycle…GUARANTEED!

No, I’m not going to give you anything for free. What do I look like, the government?!!

No, this is going to be your first step in learning how to…..fundraise.

In fact, even if you already HAVE $297 sitting in your sofa cushions….leave it there. Seriously. If you’re serious about running for office or running a political organization, you need to get serious about fundraising. It’s just that simple. And if you’ve never done it, there’s no better time (or reason) to start.

Money isn’t given; it’s raised….and the only way to raise money is to ask for money.

OK, enough for now. It’s Super Family Sunday Fun Day at the House of Muth….and I hear the little rugrats starting to stir upstairs. So let me wrap up by again thanking Vicky Maltman and her merry band of conservatives for allowing me to spend some time with them in Reno yesterday….and for re-igniting my interest and passion for campaign training.

P.S. If a doer-not-a-talker in the Reno area is interested in setting up a First Friday Happy Hour similar to the one we’ve been doing in Las Vegas for the last two years – but on the FOURTH Friday of every month – get in touch with me at chuck@chuckmuth.com

I’d be interested in helping to kick off such an event on Friday, August 26….followed by a “pre-season” campaign training workshop on Saturday, August 27….though somebody might have to bring me a Bloody Mary! Hair of the dog and all.