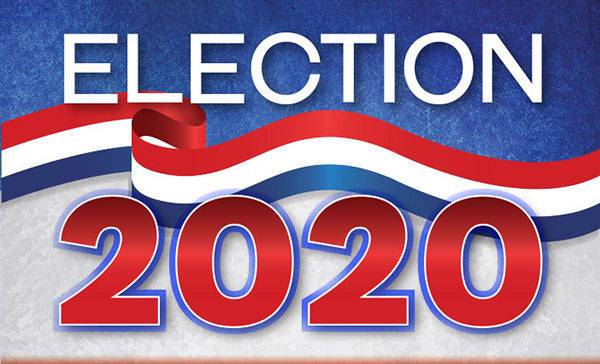 (Chuck Muth) – While we all know it ain’t over ‘til it’s over, we can start to take a look at some of what transpired in Nevada yesterday at the ballot box…

* The silver lining first: Republicans appear to have held control of the U.S. Senate and picked up a few seats in the House.  On to 2022!

* The “Hidin’ Biden” strategy may have worked.  Not that they had any real choice considering Sleepy Joe was a walking gaffe machine.  Hiding bad candidates from media scrutiny and the voters works for Democrats.

*  If you give President Trump Pennsylvania, North Carolina and Georgia – three of the four states that haven’t been called yet but where the president is leading – Trump has 265 electoral votes vs. Biden’s 264.  270 is needed to win.

* The fourth uncalled state, Nevada, has 6 electoral votes.  As goes Nevada, so goes the country.  Biden currently has a narrow lead here, so it doesn’t look good.

* If you’re unhappy with the closeness of the Trump-Biden race, blame the fake news media.  Without their collusion with Pelosi, Schumer and Biden – instead of reporting fairly and objectively – Trump would have won re-election in a landslide.

* Most pollsters were WAY off…again.  Hard not to believe some figured ways to “cook the books” in an effort to suppress the Trump vote.  They’re biz model should be DOA now.

* At press time Trump trails Biden by about 7,500 votes in Nevada.  The Libertarian Party (LP) and Independent American Party (IAP) candidates combined for 13,300 votes.  And “None of These Candidates” got 10,400.

* Republican Dan Rodimer trails in early counting by 5,200 votes in Nevada’s 3rd congressional district.  The LP and IAP candidates in the race have combined for over 17,500 votes.

* Republican Jim Marchant trails in early reporting by around 6,700 votes for Nevada’s 4th congressional district.  The LP and IAP candidates in that race have combined for around 8,500 votes.

* But don’t get mad at the third-party candidates.  Get mad at the dumbass GOP political consultants who don’t aggressively court the LP and IAP voters the way they do other minority voting blocs.  When will these geniuses ever learn?

* In the state Senate, Republicans April Becker (SD6) and Carrie Buck (SD5) hold narrow leads in early counting.  If they hold on, the GOP will pick up a net of two seats.  Democrats will still retain an 11-10 majority, but not a super-majority to pass a massive tax hike next session.

* In the state Assembly it appears conservative Republicans are well-positioned to pick up a net of three – and maybe four – seats.  That means they’ll be out of the super-minority, but still in a significant minority.  Again, the GOP will have enough seats to block a massive tax hike.

* The real fight there for conservatives will be the Republican Assembly Caucus’ leadership election, scheduled for November 13.  It could be VERY interesting.  More on that in an upcoming Muth’s Truths.

* Judges matter.  And in the biggest judicial race in the state, conservative Doug Herndon apparently defeated liberal Ozzie Fumo for the State Supreme Court.  A big “get.”

* In judicial campaigns, women continue to appear to have an unmistakable, if not unfair, advantage in races the vast majority of voters are absolutely clueless about.  Something to keep in mind when it comes to candidate recruitment in 2022.

* If you’re a Republican planning to run for judge in Clark County in the next cycle, you might want to change your registration to non-partisan.  Democrats have a huge registration lead in Clark.  GOP-registered candidates start off with lead weights around their ankles.

* We need a separate third-party organization to vet and support conservative judicial candidates along the lines of what the Federalist Society does at the national level for judicial appointments.

* Las Vegas City Councilman Stavros Anthony is ahead narrowly in a key Clark County Commission race vs. former Democrat Secretary of State Ross Miller.  If he holds on, Stavros will be the only Republican member of the Commission.

* Another conservative boat rocker, Jeff Church, won a seat on the Washoe County school board.  That’s gonna make things a lot more interesting in the months ahead.

* Yet another conservative boat rocker, Mo White, won a seat on the Carson City board of supervisors after a couple earlier failed attempts.  He’ll definitely shake up the establishment in the state capital.

* Some good news out of California – as unlikely as that sounds.  Voters overwhelmingly rejected a return to affirmative action in government decision-making.  Uber-Lyft won a ballot measure to keep paying their drivers as independent contractors rather than employees.  And a ballot initiative to eliminate the requirement that arrested criminals post bail pending their court appearance is losing handily.

“The Democratic daydream of a massive blue wave did not materialize. … The Democratic establishment’s calculation that Trump Fatigue had afflicted more voters than Trump Derangement Syndrome was another colossal misreading of the American electorate.” – Las Vegas Review-Journal, 11/4/20