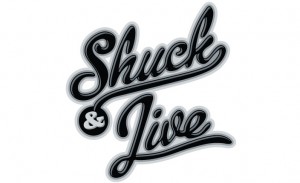 I suspect I’m gonna have to say ten rosaries for this….but I gotta give Jon Ralston credit as far as Friday night’s Face to Face interview of Republican Nevada State Sen. Barbara Cegavske is concerned. He conducted it in a manner he often does: Totally professionally.

Cegavske (seh-gav’-ski) is running for the newly created 4th congressional district; a race in which the GOP primary winner will take on Democrat Nevada State Sen. Steven Horsford. And after being goaded by Ralston about not immediately agreeing to appear on his show to discuss her candidacy a couple weeks ago, the conservative Las Vegan agreed.

Maybe she shouldn’t have. It was bad. Real bad.

But it wasn’t bad because Ralston sandbagged her with sneaky, liberal questions. Jon’s questions – including the most basic of all, “Why are you running?” (horrible answer!) – were standard fare that ANY reporter might ask and every candidate for Congress should be prepared to answer. Cegavske simply wasn’t. It was spin, duck and shuffle for 30 minutes.

“I just finished watching Cegavske on Ralston,” tweeted Jim Rogers, former university chancellor and owner of the television station that airs Ralston’s show. “Whatever I have said about her in the past isn’t even a down payment on this clown’s stupidity. She has no knowledge and I mean no knowledge about anything. She’s so stupid she doesn’t even realize how stupid she is.”

To be fair, Cegavske wasn’t THAT bad.

But Ralston asked her specific, not biased, questions on the budget, spending, immigration, health care and Social Security…and Cegavske was unprepared to answer any of them authoritatively. Granted, those are all federal issues – and she’s a state senator – but (a) she’s running for a federal office, and (b) she even flubbed a slam-dunk question on the state budget from just seven months ago.

As you know, Gov. Brian Sandoval reversed himself last session and ended up supporting a $600 million tax hike in the form of extending a series of “temporary” tax hikes from 2009. Cegavske, rightly, voted against that tax hike. But it’s a fair and honest question for Ralston to ask what she’d cut instead of raising taxes to balance the budget.

This one should have been a no-brainer. I’ve written about the alternatives here ad nauseum…and every conservative in the Legislature should be ready, willing and able to answer that question in their sleep. Cegavske couldn’t and didn’t. Which is simply inexcusable. She should have seen that question coming a mile away…even on a foggy night wearing sunglasses caked in mud.

Now, let me take this opportunity to give other aspiring candidates – and even incumbents mulling a move up the political ladder some day – some free advice (which most of you will promptly ignore).

1.) Stop avoiding the press. Part of the reason Cegavske was so bad in this interview is simply because, despite over a dozen years in office, she has little to no experience dealing with the media. Most Republicans and conservatives treat reporters the way vampires treat sunlight. They run away and hide. And then when put in a position of having to respond to questioning, they are totally unprepared.

2.) Start blogging. Or at least start sending out press releases and position statements. And write them yourself. Why? Because as a wise, old mentor taught me some 35 years ago, if you can’t write your ideas down, you haven’t thought them all the way through. Writing down your positions and ideas on the budget, spending, immigration, health care and Social Security will FORCE you to think them through. And that means when a reporter asks you about those issues, you’ll know EXACTLY how to respond.

Jim Rogers is wrong. Barbara Cegavske isn’t stupid. But she WAS woefully unprepared for this interview. Hopefully she’ll learn from the experience, start burning the midnight oil studying the issues (I recommend starting with the Cato Institute and the Heritage Foundation), and come back to future interviews and debates more confident, clear and articulate in her positions.

If not, Danny Tarkanian’s gonna clean her clock in the GOP primary…and she’ll never even get a shot at Horsford in the general.