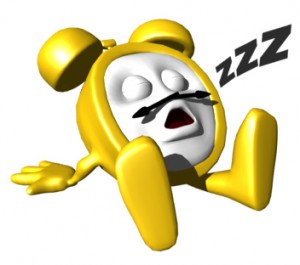 The Republican presidential race is coming to Nevada in just a couple weeks – and not only have Nevada Republicans blown their opportunities leading up to it, but there’s a good chance they’ll end up botching the caucus itself on February 4.

Last January, the Nevada GOP was awarded the prestigious Western Republican Leadership Conference (WRLC) – the first time the event has been held in Las Vegas since 1995. But the October event was so sparsely attended that most of the speakers spoke to a room full of empty chairs. Even A-list speakers, including presidential candidates, attracted only a couple hundred in the audience.

More importantly, while the WRLC should have been a fundraising gold mine for the Nevada GOP – raising enough dough to fund the presidential caucus, as well as the party’s operations for the duration of the campaign season, as well – I’m told it ended up barely breaking even.

And then there’s voter registration.

The fastest growing bloc of voters are voters registering as non-partisan/independents. Indeed, the GOP has been bleeding Republicans from their ranks for years. The good news for them, however, is that many independents who voted for Obama in ’08 are now suffering a serious case of buyer’s remorse.

So the past year has been a golden opportunity to reverse the Democrat voter registration advantage in the Silver State. All Republicans had to do was launch a serious “We Want You Back” program and inform independents that the ONLY way to vote in the Nevada GOP presidential caucus was to re-register as a Republican.

But back to the Republican presidential caucus. This has got to be the Mother of All Missed Opportunities – and “spinning” it otherwise ain’t gonna change that fact.

First, let’s give credit where credit is due.

Nevada was able to obtain third-in-the-nation status in the presidential selection process thanks to the efforts of Harry Reid back in 2007. And the Democrats took full advantage of the opportunity. Lots of Democrat candidates campaigned in here lots of times, including the eventual winner. There were multiple debates and forums…and we even had Joe Biden stop by a small coffee shop in Carson City while I was there!

Now contrast that with Republican candidates in 2011.

Mitt Romney has been here a couple of times to raise money and hold a press conference. Ron Paul has been here a couple of times. Herman Cain, no longer in the race, made a few stops here. But that’s it. The next Nevada campaign stop for the rest of the candidates – other than the October presidential debate – will be their first campaign stop here.

Now, one reason is that Romney did so well here in 2008 that most of the other candidates have just conceded the state to him. That’s a reality and it’s unfortunate. But the fact remains the Nevada GOP has done absolutely nothing to encourage/badger/threaten/bribe the GOP candidates to get their butts here in person and spend some campaign cash with us.

And that was before the party caved in to whining from New Hampshire and threats from the Republican National Committee and gave up its valuable (if played correctly) third-in-the-nation position and moved its caucus to fifth-in-the-nation because, as Nevada Republican National Committeeman Bob List said back in November, they were being the “adult” in the situation.

And what did that get Nevada Republicans? Bupkis.

To the best of my knowledge – at least through the New Hampshire primary – not a single Republican presidential candidate has visited the state since the Nevada GOP moved its caucus from January 14 to February 4. Naïve Nevada Republicans did their good deed…and got the shaft anyway.