The Art of the Political Shakedown: It’s All about the Benjamins 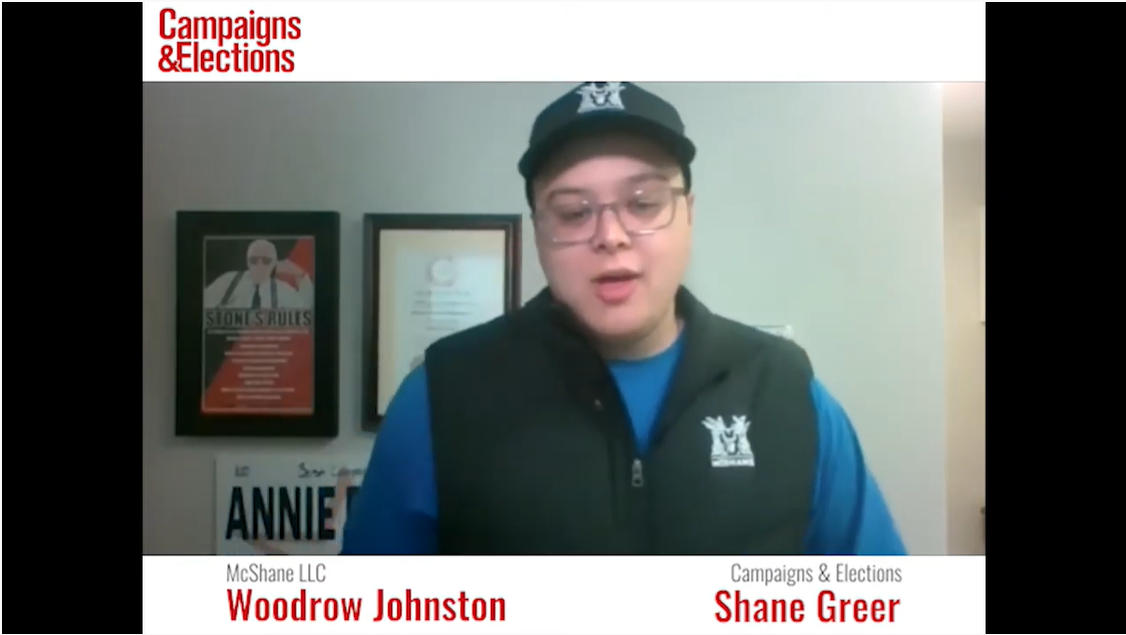 Democrats, if I’m reading the current make-up of the U.S. House of Representatives correctly, currently enjoy a razor-thin 222-213 majority.

So flipping just five seats in 2022 will put the GOP back in charge and send Nancy Pelosi packing.  And Nevada’s 3rd congressional district seat is one of the Top 10 targeted races on everyone’s radar screen.

CD3 has been going back-and-forth between the R’s and D’s for the last 20 years and is expected to again be the most competitive congressional district in Nevada even after new lines are drawn in the re-districting process later this year.

The seat is currently being (mis)represented by Democrat Congresswoman Susie Lee – a Pelosi hand-maiden of the first order.

A number of GOP candidates have already announced their intention to run for this seat next year and filed their campaign committees with the FEC (Federal Election Commission).  They include…

And it’s a consultant for Prijten and Malgeri we’re gonna talk about today.  But first…

To the best of my knowledge, none of these candidates – other than Becker – has ever run for office at any level, but want Nevada Republicans to trust that they’re ready for prime time.  Color me skeptical.

Over the years, I’ve witnessed countless numbers of first-time candidates – whose resumes looked good on paper – melt like the Wicked Witch of the West when the heat in the campaign kitchen got turned up.

Or worse – as was the case with Dan Rodimer in the CD3 race in 2020 – when skeletons unexpectedly pop out of the candidate’s closet after it’s too late.

You see, there’s a heckuva lot more to planning and running a competent, winning campaign than simply paying your filing fee and designing a website.  As boxing legend Mike Tyson so famously put it…

“Everybody has a plan until they get punched in the mouth.”

So let’s talk about April.

First, members of the Becker clan have been HUGE Republican supporters in Nevada for a long, long time.

When I was the Clark County GOP chairman way back in 1995, our headquarters office was donated by the Becker family.  And they continue to generously donate office space, as well as cash, to a variety of GOP candidates and organizations to this day.

So April has a deep well of support among GOP voters and donors who aren’t exactly political pilgrims in southern Nevada. And that’s a huge benefit to her congressional campaign.

She ran against the Democrat State Senate Majority Leader, Nicole CanniBizzaro, in 2020 and came up just short in a squeaker; losing 50.47% to 49.53% in a race that had more than its fair share of suspicious election activity.

In that race, April not only proved she could take a punch, but delivered some haymakers of her own.  She’s no shrinking violet.  And she’ll pulverize Susie Lee.

She’s a lawyer, yes.  But not just a pencil-pushing “settlement” lawyer negotiating her way to a resolution.  She’s a TRIAL lawyer; and a pretty darned good one at that.  Her experience in the art of persuasion in front of juries is a HUGE asset as a candidate.

April also has a pretty sharp marketing mentality.  Over the objections of some of her campaign consultants in her state Senate race, she converted an ice cream truck into a campaign vehicle that not only captured a lot of positive attention, but surely captured a lot of votes. 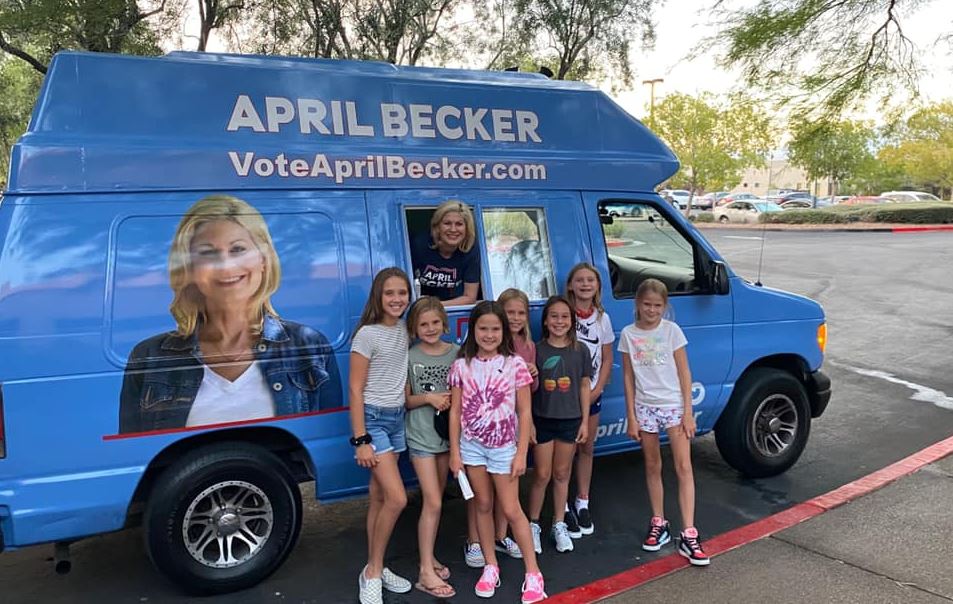 “I scream!  You scream!  We all scream for April’s ice cream!”

Will she work hard on the campaign trail?

I’ve seen tons of candidates come and go who “phoned it in.”  Once on the ballot they just went half-heartedly through the motions.

Not April.  She went “all in.”  Campaigned day and night.

And didn’t quit…even after the ballots were counted.  There were clearly, as Nevada GOP Chairman Michael McDonald puts it, plenty of questionable voting “anomalies” in her race.  So she sued in an effort to expose them.

And yes, April absolutely supports a forensic audit of the results for all the 2020 races, especially in Clark County, even though it’s highly unlikely the Democrats who are in control will ever allow one.

Can she raise money?

Oh, hell yeah.  She raised close to a million dollars for her state Senate race!  So April’s a PROVEN fundraiser.

The campaign trail is littered with first-time candidates who say and believe they can raise money…only to find out too late that it’s a helluva lot harder than they thought.

Is she a conservative?  Better believe it.

Pro-life, pro-gun, pro-business, pro-education reform, anti-illegal immigration and anti-tax hike.  In fact, she’s the only declared candidate in the CD3 race so far who has signed the Taxpayer Protection Pledge… 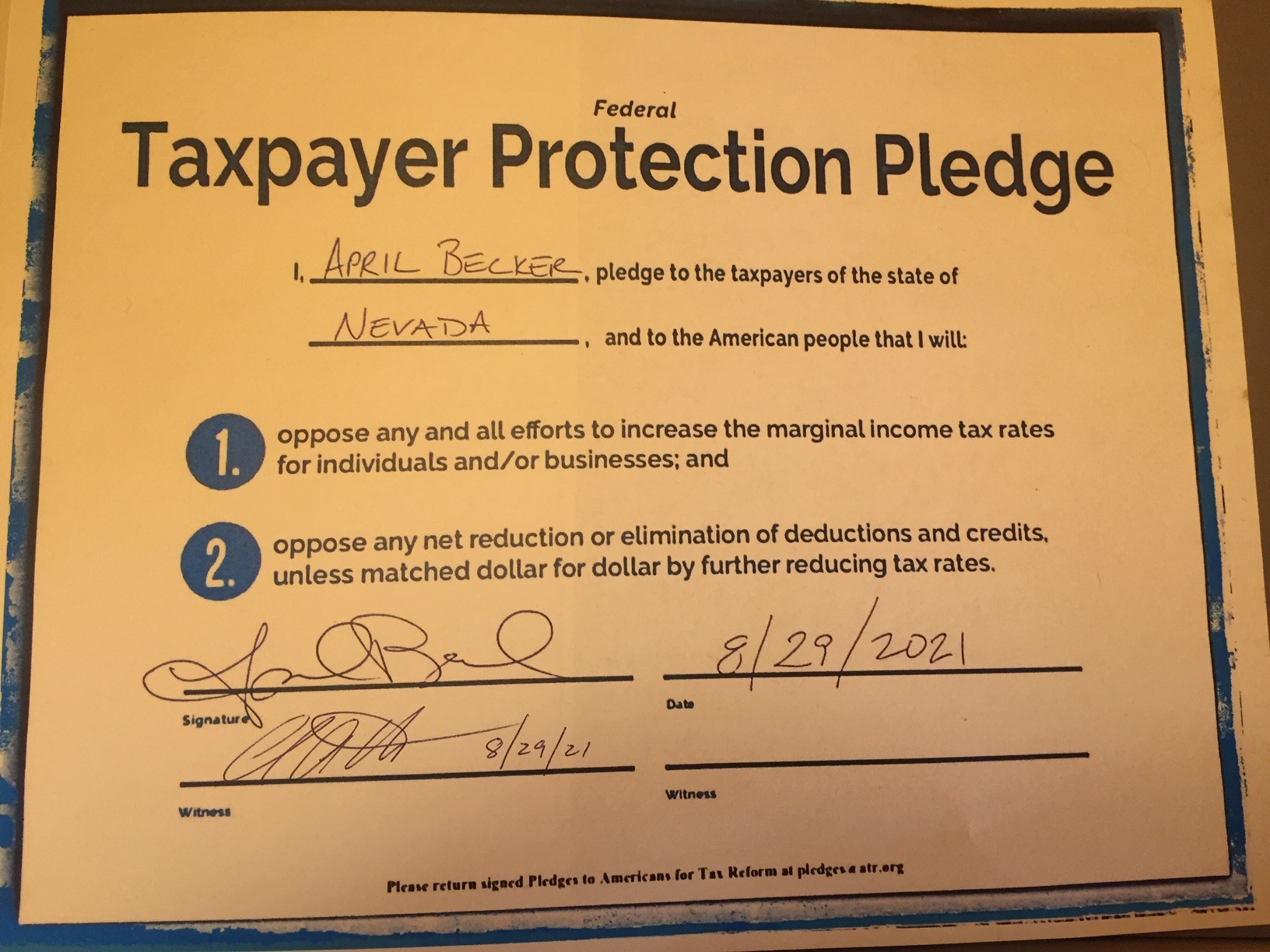 Now, this is not to say the other candidates who have thrown their hats into the CD3 ring are bad people or bad Republicans or bad conservatives.  But it IS to say we don’t KNOW what kind of candidate they’d make since they’ve never run before.

When you have a proven, tested thoroughbred already in the gate, who in the world would want to bet on a first-time filly that’s never even been saddled?

Well, a consultant looking for a payday, that’s who.

Which brings us back to Reinier Prijten.

According to FEC records, Mr. Prijten was a candidate for CD3 from April 26 through May 17, 2021.  He raised a whopping $1,400 and put another $600 of his own money in.  And all of this “war chest” went to McShane LLC for “Political Strategy Consulting.”

Clearly, Mr. Prijten’s campaign was never going to make it out of the gate which, I’m guessing, is why he pulled the plug and withdrew in less than a month, leaving McShane LLC without a meal ticket in the race.

Remember, for many of these consultants it’s not about which candidate is the strongest with the best chance to win.  It’s all about the Benjamins.

So on May 6, one of the consultants working for McShane, Woody Johnston, sent one of April’s consultants a text (I have a copy) that read…

“My client (Prijten) is dropping out of NV-03.  Your client still has a chance to conflict me out before I find someone else.”

“Conflict me out.”  Meaning: Pay me…or else.

“Woody, no one cares if you find some crappy candidate to run in ANY race.  No one is going to pay you to stay out. Hahaha.”

To which Woody replied…

“Lol okay.  Dan Schwartz might be a crappy candidate but he’ll force your candidate to spend more money than you want to in this primary.  Remember I tried to be nice.”

Tried to be nice?  Who else considers extortion to be “nice”?

BTW, McShane LLC represented Schwartz – who truly is a crappy candidate – in his failed CD3 race in 2020.  He’s now running for lieutenant governor in 2022, and I believe McShane is representing him again for that race.

Since his own consultant refers to Schwartz as a “crappy candidate,” it’s clear they’re only taking him on as a client for the money.

Anyway, shortly after April and her campaign told Johnston to pound sand and stick it where the sun don’t shine, Woody made good on his threat.  The Las Vegas Review-Journal reported on July 23 that Noah Malgeri had entered the CD3 race and…

Through the most recent filing period ending in June, Mr. Malgeri raised less than $8,000 and paid McShane LLC $6,000 from it.

For a consultant at McShane LLC to threaten to recruit a candidate against April and force her “to spend more money than you want to in this primary” unless she hired his firm is outrageous, if not criminal.

And this isn’t the first shady shenanigan Woody and McShane LLC have been wrapped up in.  They were neck deep in the “Proud Boys” scandal involving the GOP a couple months ago.  If you missed that story, click here.

While I would normally say it’s too early for me to endorse any candidate in any race, backing April in the CD3 race is a no-brainer.

She’s a strong, proven candidate who holds out the best chance for Republicans to take this seat back from Susie Q next year.

As President Trump would put it:  April has my Complete and Total Endorsement!

And just in case any of you are wondering: No, April hasn’t paid me a dime.

She’s paid her dues.  She’s earned my support.  And I hope you’ll join me.

For a change, let’s not blow this opportunity.  Let’s get back to WINNING!

“When you’re dead, you don’t know you’re dead.  All of the pain is felt by others.  The same thing happens when you’re stupid.” – Author unknown