The Absolutely Last Two People to Listen to about Education Reform 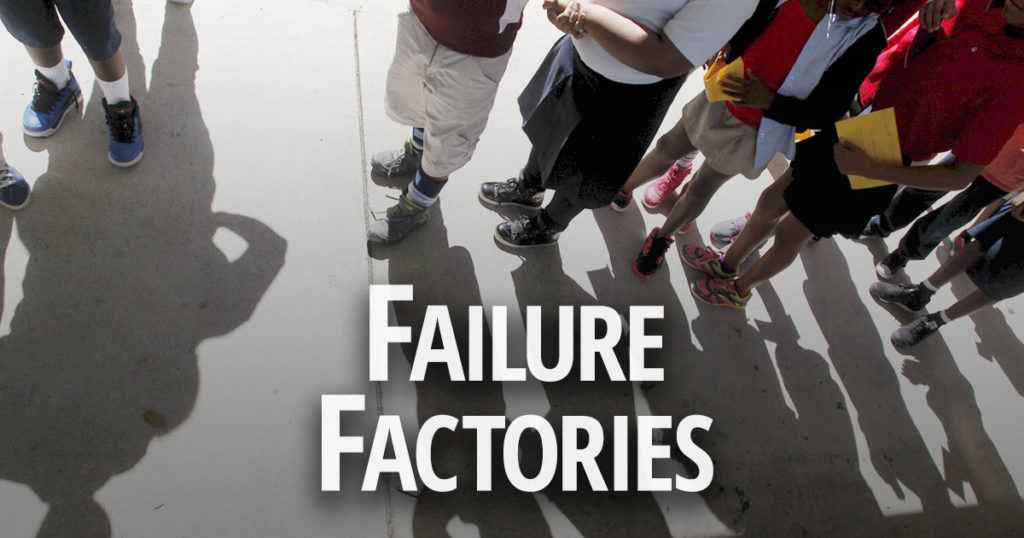 There are few “absolutes” in life, but let me give you two: (1) Nevada’s public education system overall absolutely sucks.  (2) The absolutely last person in Nevada you want to listen to on how to fix it is Chris Giunchigliani.

“Chris G” is a left-wing Clark County commissioner and former state legislator who is currently running in the Democrat gubernatorial primary against absolutely the second last person you want to listen to on this issue, fellow Clark County Commissioner Steve “Chris G-Lite” Sisolak.

Both came unglued this week after Nevada Attorney General and Republican gubernatorial nominee-in-waiting Adam Laxalt released his comprehensive education platform which includes, among other measures, a silver bullet reform proposal that professional public education vampires “hate with the white hot intensity of a thousand suns”…

At the very heart of Mr. Laxalt’s overall education reform agenda is a very simple concept: All kids are different and the current government-owned/union-managed one-size-fits all system is a dog-with-fleas disaster.

And that means any true reform proposal must include enacting the state’s landmark Education Savings Account (ESA) program that soon-to-be-former (thankfully) Gov. Brian Sandoval never really supported and refused to fund in the last legislative session.

ESA’s are literally a lifeline to parents who would love an escape hatch from their children’s lousy neighborhood public schools but can’t afford to move to a gated suburban sub-division or pay for private school tuition.  ESAs are, in short, education equalizers.

Which is the LAST thing folks such as Chris G and Chris G-Lite want.

“I’ve been involved in public education for over 30 years,” Chris G wrote in a tweet about the Laxalt Lifeline proposal.  “Our schools, teachers, and support staff are all under-funded. Taking money out of our public schools doesn’t fix anything.”

OK, let’s start with this: Our public schools have been failing under her system for at least the last 30 years.  That makes Chris G the problem, not the solution.

The solution is to use taxpayer money for public EDUCATION, which doesn’t necessarily mean public SCHOOLS.  Huge difference.

This isn’t about “taking money out of our public schools.”  It’s about providing low- and middle-income families the financial resources they need to take their KIDS out of the public schools because, as Mr. Laxalt rightly points out in his proposal, “every child is unique, with his or her own particular educational needs and challenges.”

For his part, Chris G-Lite criticized the Laxalt Lifeline as an “empty proposal” that “would only hurt Nevada schools.”

Again, he’s missing the point.  This isn’t about the “schools.”  Indeed, aren’t liberals such as Chris G and Chris G-Lite always telling us it’s always supposed to be about “the children”?

If you want to fix public EDUCATION, then Adam Laxalt is absolutely on the right path.

However, if you want to continue doing what hasn’t worked, isn’t working and will never work by throwing good money after bad trying to prop up these government failure factories, then you absolutely should stick with Chris G or Chris G-Lite.

The choice here is absolutely clear.