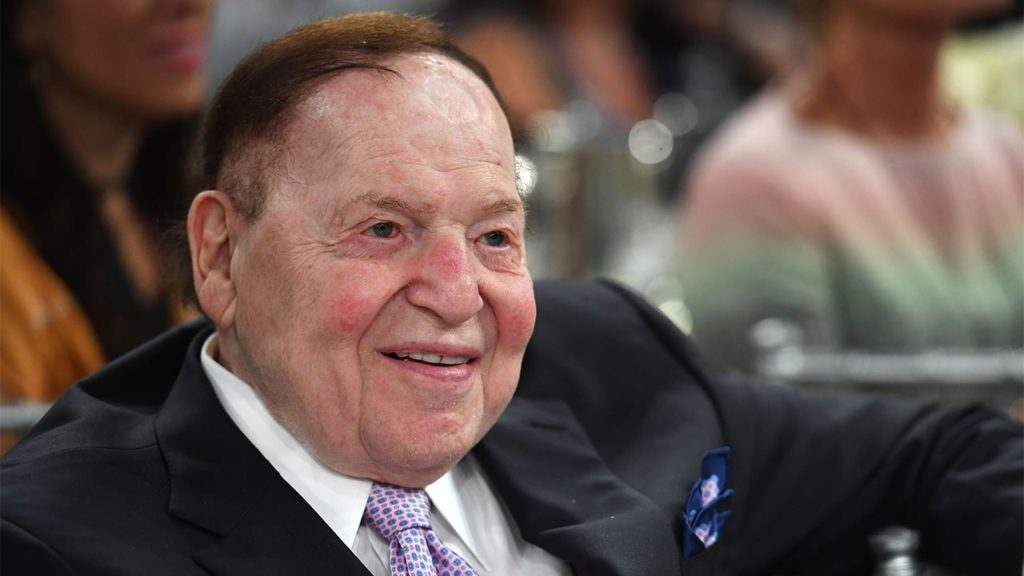 (Chuck Muth) – The left and some in the media constantly demonize Sheldon Adelson, owner of the Venetian and Palazzo resorts, for supporting conservatives and the GOP.

But while “Democrat” casino operations such as MGM Grand and Caesars are laying off tens of thousands of workers and forcing them into the unemployment line, Mr. Adelson is keeping all of his employees on the payroll through the end of April.

In addition, it was announced today that Mr. Adelson is also going to cover the payroll costs for some 1,200 employees who work in independent, third-party restaurants and bars in his resorts.

Oh, and that was after he purchased and donated “nearly two million face masks to help hospitals in the US that are facing a shortage of protective gear.”

The least everyone could do is say, “Thank you.”

“He’s still a horrible person who has done more harm than good in this world. We should stop applauding bad people for once in a while doing the bear minimum.”

* Had it not been for the Wu-Flu, right now I’d be on the Lido Deck of the Carnival Panorama, margarita in hand, preparing to cast off for Citizen Outreach’s annual Mexican Riviera cruise.

But still looking at rescheduling, maybe sometime in November.  Will keep everyone posted.  Salud!

* The United Nations just gave CHINA – which gave the world the Wu-Flu – a seat on the Human Rights Council.  Good.  Lord.  Shutter the UN.

* Among the litany of contradictions in Gov. Steve Sisolak’s shutdown orders is the one where he tells everybody to stay home in one breath but then says it’s OK to go outside as long as you follow social distancing and other precautions.

Makes no sense.  Maybe not EVERYBODY can reopen and go back to work yet, but certainly some can.  And should.

* I saw a report a week or two ago that a church somewhere moved its services to a drive-in movie venue so everyone could still participate but observe social distancing protocols by staying in their cars.

So why can’t the Westwind Drive-In Theater in Las Vegas do the same thing and reopen for outdoor “movie nights”?  Food and beverage could be allowed to be brought in and/or delivered curbside from the snack bar.

Imagine how many people would love to go see “Outbreak” or “Pandemic” right about now!

* Among the many reasons to call a Special Session of the Legislature to deal with the Wu-Flu fallout, the LVRJ editorialized today about a new hike in the minimum wage scheduled to kick in this July.

Small businesses are in enough financial trouble already.  That minimum wage increase needs to be cancelled.

* Even if the government refuses to lay off government workers and have them apply for unemployment like everyone else, at the very least it’s time to REDUCE salaries for many of them to private-sector levels.

* Gov. Sisolak’s coronavirus task force now includes a number of high-ranking executives from major corporations – which is good.  But one thing ain’t like all the others.

You don’t think politics played in the governor’s decision, do you?

* According to a Las Vegas Sun editorial on Saturday, there are “115,000 rooms sitting empty on the Strip” which could be used for self-quarantining for health care providers and first responders.

Indeed.  But why can’t they be used to house the homeless, as well?  Some reporter should ask Corona-Czar Murren, former “Lord of the Layoffs” at MGM Grand, that question.

First, he used the coronavirus panic, that he himself continues to help fuel, as an excuse for supposedly cutting his budget in half and reducing employees’ salaries.  Then he mounted a relentless tin cup-rattling fundraising pitch that continues to this day.

And on Monday he announced he was adding paid advertising to his website – something he said he wouldn’t do when he started up the project. Sounds like his days are numbered.  AMF.

If you came across a bunch of kids in a park playing “Smear the Queer” – an old childhood game where all the kids chase and tackle one kid designated as the “queer,” and then rotate on to the next kid – would you be more upset that they were playing a game with a homophobic name…or that they were violating Gov. Sisolak’s social distancing order?

“I hope everybody is enjoying their 60-day free trial of communism.” – Tim Kennedy