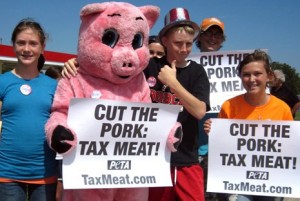 Assembly Minority Leader Pete Goicoechea (R-Eureka) – who last year trotted out a suggestion that maybe groceries should be taxed to help raise more revenue to grow government – announced yesterday that he will be running for the State Senate seat being vacated next year by term-limited Sen. Dean Rhoads.

Goicoechea racked up a truly embarrassing score of 42% in Citizen Outreach’s Ratings of the 2011 Legislature, second worst among Republicans in the Assembly.

Really? Like what? Because from where most of us are sitting Nevada’s economy is doing anything but recovering. We still lead the nation in unemployment, foreclosures and bankruptcies. So, um, where’s the “significant progress”?

Goicoechea also tossed out this whopper: “During the 2011 Legislative session we were able to prevent Democrats from growing government and implementing $1.2 billion in new taxes on Nevada families and businesses.”

Indeed, the Nevada News Bureau reported just two days ago the following: “A report outlining the actions taken by the 2011 Legislature to finalize Nevada’s two-year, $6.2 billion general fund operating budget that took effect July 1, including approval of $1.1 billion in additional revenues, has been published by the Legislative Counsel Bureau.”

In addition, Goicoechea opted not to mention that the $6.2 billion budget he voted for was some $400 million more than Gov. Sandoval originally proposed at the start of the session, and around a billion more than Sandoval had proposed on the campaign trail in 2010.

So no, Goicoechea didn’t prevent Democrats from growing government; he aided and abetted them!

And notice the disingenuous sleight-of-hand by referring to (a) a last-minute Democrat tax proposal that never came up for a vote, so we really don’t know if Goicoechea would have opposed it or not, and (b) “new” taxes without mentioning the fact that he voted to extend what was promised in 2009 to be a temporary $620 million tax hike.

Politicians like Pete Goicoechea are fortunate that there are no truth-in-labeling laws that apply to campaign rhetoric.