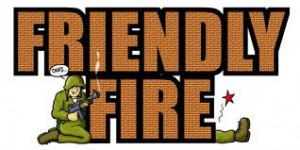 I have been preaching this to GOP “leaders” in Nevada for almost 20 years now: Not only is raising taxes bad public policy, but it KILLS the Republican Party politically. Just the latest case in point:

Republican congressional candidate Danny Tarkanian debated his Democrat opponent, Steven Horsford, this week. At one point Tarkanian criticized Horsford, the Senate Majority Leader, for raising taxes by voting to extend some $620 million worth of “temporary” tax hikes that were supposed to “sunset” last year. To which Horsford accurately replied:

“These are solutions we worked on a bipartisan approach with Governor Sandoval, a Republican mind you, and Republicans in the Legislature.”

Thanks to Republican Brian Sandoval and a number of go-along-to-get-along Republican state legislators who voted with the Democrats to raise taxes last year, Republican challenger candidates such as Tarkanian have been disarmed of a potentially lethal campaign issue this year.

Thanks a lot, Gov. Sandoval.

The fact is Democrat and independent voters don’t want their taxes raised any more than Republican voters. But thanks to politically obtuse wishy-washy moderate Republicans, Republican candidates can’t run effectively on the anti-tax hike issue because Democrats are able to use tax-hiking Republicans as a shield to protect them from criticism.

As Danny Tarkanian experienced this week.

Thanks a lot, Gov. Sandoval.

My friend Grover Norquist refers to tax-hiking Republicans as “ratheads in a Coke bottle” because they spoil the anti-tax hike “brand” for every other Republican. An apt reference. But somehow the term “useful idiots” also keeps popping into my mind.