“Tahoe Boy” Climbs to the Top 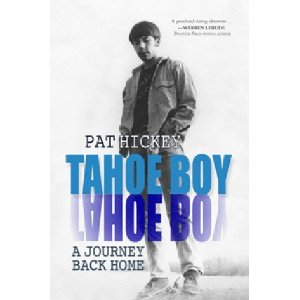 Hickey – whose autobiography “Tahoe Boy” is extremely interesting and still available on Amazon – replaces Minority Leader Pete “Tax My Meat” Goicoechea, who was a disaster of a leader in the 2011 legislative session for conservatives.

Now here’s the thing: Hickey’s voting record in the 2011 session was pretty moderate. Which led liberal “journalist” Jon Ralston to write: “It must really infuriate the folks upset about last year’s extension of tax sunsets that Hickey, who voted for it, was elected. Expecting news releases seething with outrage any moment from Americans For Prosperity and Citizen Outreach.”

Which once again shows just how little Ralston knows about conservatives and how ignorant he is of the conservative movement here in Nevada.

Because while I can’t/won’t speak for AFP, I can assure you I am neither “infuriated” nor “seething with outrage” in any manner whatsoever over Hickey’s election – and I doubt AFP is either.

In fact, I URGED it immediately following the 2010 elections (knowing full well in advance just how bad Goicoechea would be), PREDICTED it many months ago during the legislative session, ENCOURAGED it after the session, and SUPPORT it now.

Indeed, I emailed and congratulated Assemblyman Hickey on his election as soon as I heard about it (and would have done the same thing if either Assemblyman John Hambrick or Assemblyman Cresent Hardy, who mulled runs for the position, had been elected instead).

I got to know Pat a bit back when he first served in the Assembly in the late 90’s. In fact, he once arranged a scholarship for me to attend a conservative conference in Washington, DC back then. And he and I have had an open line of communication both during his campaign in 2010 (against Ralston’s candidate and BFF, Orrin Johnson) and throughout the legislative session in 2011.

No, we certainly haven’t agreed on every issue….and I’m sure we’ll disagree from time to time in the future. But we have a solid, cooperative working relationship – something Goicoechea never had an interest in developing. Pete’s attitude was always “What happens in the Legislature, stays in the Legislature. We know best. Outside tea party and conservative activists need not apply.”

So for the public record: Congratulations, Leader Hickey. If we can ever be of any assistance, you know where to find me.