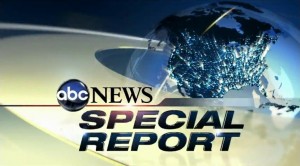 I accidentally caught an ABC News segment – before taking my wife to see a terrific Journey tribute band concert at the House of Blues with my good Democrat friend Ronnie Council Thursday night – in which some “expert” was interviewed on how to survive an attack by an armed gunman.

This survival “expert” advised folks to run away, hide under a desk, use your belt to lock yourself in a bathroom, use a fire extinguisher to distract the gunman and grab a pair of scissors or some other sharp object and try to stab him.

One option, however, was strikingly NOT suggested…

Carrying a freaking concealed handgun and shooting the bastard before he shoots you!

How did liberal mainstream ABC News’ “expert” miss that one?