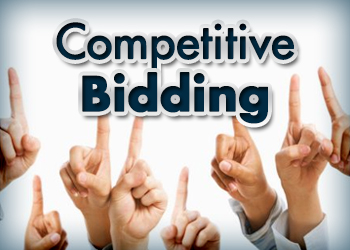 Which raises the question…

If the government considers it “bad” for two private companies to merge their operations and capture the bulk of the office supply market, how is it “good” for the government to grant monopoly control of a trash collection market?

This is a question for the Las Vegas City Council as it considers granting a new 15-year monopoly franchise contract for residential and commercial trash collection to Republic Services which would be worth over a billion dollars to the company.

How is that in the best interest of residents and consumers?

I just found an article from Stark County, Ohio which outlines the kinds of choices some residents in non-exclusive sections of the county have when it comes to trash collection.

“It’s very, very competitive in the waste-hauling business,” said David Held, who is North Canton’s mayor.  “It’s just like anything else or any other competitive business: You could buy a pair of pants at Kohl’s for one price and at Sears for another price.”

Because of the competitive nature of the market, Vaughn’s Refuse – a one-truck operator – offers something very different and unique…

“When (the truck) stops, (Duane) Geer jumps off, walks quickly up the long driveway to a garage door, where a trash bag awaits. He returns, hurling it into the back of the truck.

“His trek up the driveway is part of the company’s ‘walk-out service,’ he explains, typically reserved for older customers who have a hard time getting their trash to the curb. It’s the kind of personal service larger trash companies don’t typically provide.”

Why shouldn’t Las Vegas residents enjoy similar choices?  Why is the government freezing out competitors and, arguably, hurting consumers?

If the Las Vegas City Council is intent on keeping its trash collection franchise closed, the very least it should do is open the contract for the monopoly to competitive bidding and at least allow other companies an opportunity to make their case for getting the business.