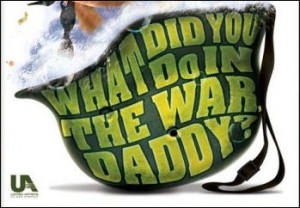 In an interview with Fox News’ Bret Baier on Tuesday, Mitt Romney slammed Newt Gingrich as a lifelong politician. “He spent his last 30 or 40 years in Washington,” Romney charged. “I spent my career in the private sector.”

During the last thirty-plus years, Gingrich has also led efforts to build the conservative movement all across the country – including, let’s not forget, winning a Republican majority in the United States House of Representatives in 1994 after 40 years in the political wilderness.

In addition, let’s not forget Newt’s invaluable leadership at GOPAC in the ‘90s which not only resulted in electing more Republicans to Congress, but to local and state legislative seats from sea to shining sea as well. GOPAC, under his leadership, also trained scores of grassroots activists, campaign staffers and party officials – many of whom are in top leadership positions today (count me as one!).

Nor should we forget the former House Speaker’s efforts to build a nationwide grassroots organization/network, American Solutions, focused on developing winning conservative campaign issues, while also being an active and vocal champion of the tea party movement.

And does anyone have any idea how many FREE speeches Newt has delivered on behalf of conservative organizations, candidates, and local GOP party organizations and clubs over the last 30 years, helping to build and strengthen those operations? I’m guessing that number reaches into the thousands, not hundreds.

Now…remind me again what Mr. Romney has done for the conservative movement over that same period of time?

During the immortal opening speech in the 1970 award-winning motion picture “Patton,” the legendary American general said to his troops: “Thirty years from now, when you’re sitting around your fireside with your grandson on your knee and he asks you, ‘What did you do in the great World War II,’ you won’t have to say, ‘Well, I shoveled sh*t in Louisiana.”

Say whatever else you will about the former House Speaker, but in the great Left-Right War of the last 20 years, Newt has been a totally engaged, full-fledged warrior. Other than shoveling ObamneyCare in Massachusetts, what have you done in the war, Mitt?