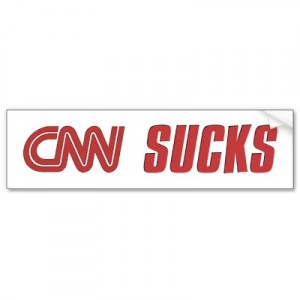 On tonight’s GOP presidential dust-up in New Hampshire, brought to you live by CNN:

First, the debate sucked…primarily because debate moderator John King sucked. I’m all for the moderator stepping in when a candidate starts filibustering, or if you want to remind a candidate that he or she didn’t answer the question, but King started uh, uh, uh’ing candidates often, it seemed, before the candidates even cleared their throats.

It’s not about you, the media, OK? We want to hear the candidates, not the moderator. It’s the answers, not necessarily the questions. Let the candidates, who might be the next president of the United States, take sufficient time to answer a serious question with a serious, thoughtful answer.

And can we stop this stupidity of audience questions and tweeted questions and email questions and questions from a stable of a dozen different reporters? It’s the questions that get asked that are important, not who asks them. One or two moderators is more than enough.

For example, let’s get ALL of the candidates on record, not as to whether or not they are pro-life…I believe they all are to some degree….but to what degree. The question posed to Michele Bachmann that Michele Bachmann didn’t really answer should be asked of all the candidates, not just her and T-Paw: Do you believe an exception should be allowed for abortion in cases of rape, incest or life of the mother?

And let’s discuss further and deeper the positions of all of these self-proclaimed state’s righters when it comes to their support for a constitutional amendment that would make gay marriage, currently legal in five states, illegal. Why can states be trusted to determine their own health care systems but not who can and can’t get married? Fair-weather 10th Amendmenters?

And while we’re on this subject, what in the hell was with the absolutely stupid “Conan or Leno,” “Elvis or Johnny Cash,” “Thin crust or thick” and “Coke or Pepsi” questions? It demeaned both the office being sought and the process. As my friend Rich Galen of Mullings.com put it:

“If the candidates knew that CNN was going to do that dopey ‘This or That’ nonsense going into, and coming out of breaks, and if they agreed to it, they should fire whichever staffers agreed to it.”

Amen! CNN should be ashamed of itself for the farce it put on tonight.

OK, now that I’ve sugarcoated it, a few additional observations.

Why was former Sen. Rick Santorum on the stage and not former Gov. Gary Johnson? How is a guy who endorsed RINO, party-switching Sen. Snarlin’ Arlen Specter over conservative then-Rep. Pat Toomey a few years ago ever taken seriously by serious political conservatives ever again?

Because, as he explained tonight, he had something to do with welfare reform in another lifetime? At least Gov. Johnson raises a whole host of serious issues that challenge conservative orthodoxy.

Michelle Bachmann made a little bit of news by announcing that she had officially entered the race earlier today by filing the necessary paperwork. That said, she still has a LONG way to go in explaining how being a member of Congress and the foster mom to 23 kids makes her the best qualified of the candidates on stage to be the next POTUS. But she does drive enthusiasm up for many of the tea party crowd!

This was the first time on stage as 2012 prez candidates for both Newt Gingrich, who was slammed with myriad problems last week with mass defections of campaign staffers, and Mitt Romney.

My impression was that Newt helped himself with his debate performance and Mitt really didn’t. Of course, he didn’t hurt himself either. He was clearly the most polished and scripted candidate on stage. You can clearly imagine him being the GOP nominee, but you can’t really get too excited about it. At least not yet.

Back to Gingrich. His campaign might be a mess right now, but he is clearly the most articulate, thoughtful, forceful, assertive, confident communicator of the group. He may not be able to win this race, but he’s certainly not out of it. Now if only he’d opt to put just a little effort into Nevada….

Tim Pawlenty just plain wussed out when he was served up that “ObamneyCare” question on a silver platter. Look, if the guy was scared to take on Mitt Romney directly, one-on-one, face-to-face this early in the GOP primary contest, how in the world is anyone to believe he can take on Obama, let alone al Qaeda? Or worse…Hillary!

Ron Paul and Herman Cain did well for themselves, further cementing in the minds of many voters that they are both serious, thoughtful candidates.

I’m glad Dr. Paul is in the race because he raises issues and discussions that would never take place otherwise; however, I suspect many folks are now saying, “Hey, we agree with you, Doc…but we just gotta beat Obama in 2012 or we won’t have a country left.”

And more and more people are coming to the conclusion that, despite agreeing with him on so many issues, the libertarian-leaning Texas congressman can’t win. It’s just not there.

Cain, on the other hand, could still catch greased lightning if the tea party movement ever decided to coalesce around him. At this point he’s still a novelty to a lot of voters, but when he speaks, people listen. And if he stays in ‘til the end, as some of these candidates fall by the wayside….well, do you believe in miracles? Herman Cain, the darkest of dark horses, certainly does.

The bottom line: The debate sucked, John King sucked and CNN sucked. Let’s hope the next debate is a lot better than this one. When and where is that debate again? Oh, yeah….

This year’s Conservative Leadership Conference is one you do not want to miss. It will feature a GOP Presidential Debate along with top conservative/libertarian activists, donors, candidates and elected officials. CLC 2011 will take place this July 9th and 10th at the M Resort in Las Vegas.

Get your tickets now.