Some Drive-By Muthings for a Saturday Morning 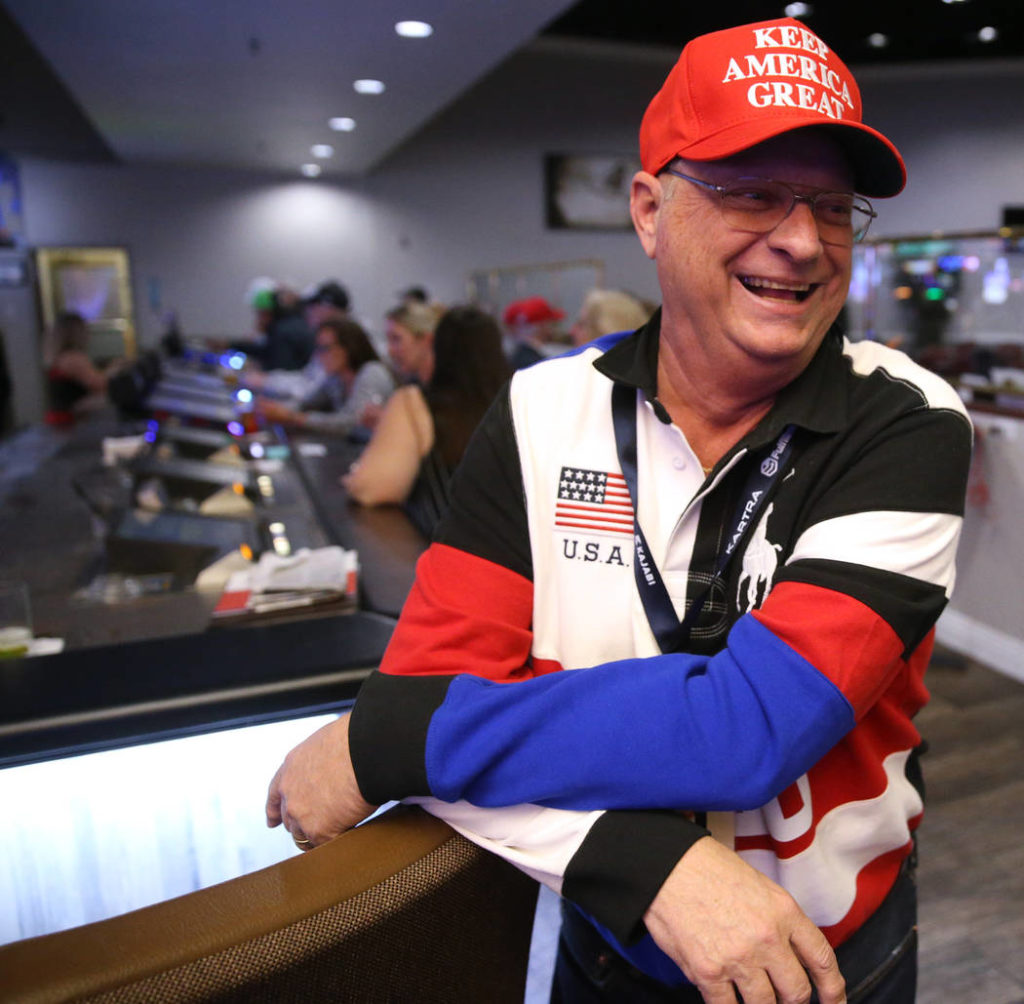 * Shaun Tandon of AFP.com notes that Secretary of State Mike Pompeo “has taken to calling the #coronavirus the ‘Wuhan virus’ – a term that China isn’t happy about.”

Meanwhile, in light of the ongoing media hysteria over the Wuhan virus, Seth Godin writes…

“In addition to being a vector for disease transmission, handshakes reward a certain sort of powerful personality and penalize people who might be disabled or uninterested in that sort of interaction. And judging people by the strength of their grip doesn’t make much sense anymore.”

He suggests that Spock’s “V” salute might make a comeback.  I can live long and prosper with that.

Recognized only a handful of familiar faces.  But that’s a good thing.  New activists; new energy.  Trump is growing the GOP’s base of support.  Question is whether the party will be able to hold them after November.

Ran into Wayne Allyn Root and Janie Johnson – both veteran speakers at our Conservative Leadership Conference in the past.  Also hung out with Sherman Ray, publisher of NevadaConservative.com, and his wife Linda.

Good time had by all.

But, but, but…don’t all the “polls” show him losing in November?

* The Super Tuesday Joe Biden Bounce makes it likely the former vice president and employment head-hunter for his son Hunter will be the Democrats’ sacrificial lamb vs. Donald Trump in November.  And Republicans are salivating at the prospect.

Memes are popping up all over social media ridiculing the human gaffe machine’s mental acuity.  One notes that Biden’s TV disclaimers should read: “I’m Joe Biden and I forgot this message.”  Another reads: “Joe Biden puts the ‘Dem’ in dementia.”

On the plus side, though, he’d be able to hide his own Easter eggs at the annual White House Easter Egg Roll!

Alas, the Democrat Party’s establishment has now changed the rules to prevent Tulsi from appearing on stage with Sleepy Joe & Crazy Bernie in the next debate.

*  For those claiming Elizabeth “Pocahontas” Warren was dissed out of the presidential contest because she’s a woman, I have two observations…

1.)  No, she wasn’t.  Voters rejected her because she was annoying and patronizing as hell.

2.)  Even if she WAS rejected simply because of “misogyny,” it was DEMOCRAT voters who were anti-woman.

* Quinnen Williams, defensive end for the New York Jets, was cited this week for trying to carrying an unloaded Glock 19 handgun in his carry-on bag.  But here’s the thing: he had a permit.

Alas, it was an Alabama permit, not a New York permit.  Something’s not right about possessing a constitutional right that applies differently from state to state.  There should be a national gun rights law for American citizens exercising their Second Amendment rights.

* Ah, the law of unintended consequences.  In a Las Vegas Review-Journal editorial on Saturday it was noted that the 2019 woman-majority Legislature’s decision to hike the MANDATORY minimum wage in Nevada has resulted in a “$2.7 million hole in (Reno’s) parks and recreation budget.”

As such, the city is preparing to jack up the cost for taxpayers to use its swimming pools, parks and after-school programs.

The paper also noted that Reno officials had “projected the (minimum wage) increase would cost it only $160,000 a year” and predicts Reno won’t be the only government entity that’s gonna get smacked with budget-busters of their own.

Make no mistake: A government-mandated minimum wage hike is a tax hike.  And this one will hit your wallet thanks to a Democrat Legislature, a Democrat governor, a Democrat Reno mayor and a Democrat-controlled Reno city council.

Democrats (and Republicans in Name Only) are not healthy for children and other living things.

* I attended a legislative hearing on criminal justice reform this week.  At the hearing, Assembly Speaker Jason Frierson testified in favor of certain legislative actions.  But here’s the thing: Frierson also works for the public defenders’ office, which has a dog in this fight.

This is a clear conflict involving dual loyalties and a perfect example of why government employees should NOT be allowed to serve in the Legislature.

* A 29-year-old Las Vegas man threatened to kill and then sexually assaulted a 12-year-old girl while she was walking home from school.  According to a Las Vegas Review-Journal report on the attack, the girl believed the lowlife POS was homeless based on his look and demeanor.

Some would call that “profiling.”  But suspicion of homeless people begging on street corners and camping on sidewalks and under bridges is natural and understandable.

The left’s incessant portrayal of all homeless people as nothing but harmless down-on-their-luckers fosters the dangerous environment that resulted in this innocent 12-year-old being assaulted.  There ought to be a law.

* Jon Ralston, The Little Blogger Who Couldn’t, has been throwing another of his patented hissy fits this week over real news organizations supposedly not crediting his liberal blog on stories he claims it “broke.”  On Thursday he frothed on Twitter…

“New low for Adelson’s joint: After @meganmesserly stayed up late last night and got up early this AM to break the coronavirus story, the RJ had no choice but to credit her with it. But after official sources confirmed her reporting, they took out the credit line.

“I’ll have more on this later. Second time in two days we had exclusives they piggybacked on and tried to pretend they got the stories on their own. No reputable news org behaves this way.”

Ralston is one of the most bitter, insecure and unprofessional babies you’ll ever want to meet in the media – especially when it comes to his ex-employers: The Las Vegas Review-Journal, the Las Vegas Sun, the Reno Gazette-Journal, Channel 3, Channel 8, Channel 13 and even PBS in Las Vegas.

And even if other news organizations should, theoretically, credit his blog on some stories, they don’t because…well, because he’s a jerk who’s never met a bridge he didn’t burn behind him.

The shame is, some of his reporters are top-notch.  Unfortunately, their work is tarred by their association with the conservative-hating former night-time police reporter.

“It’s going to be fun watching the media declare any questions about Biden’s acuity to be off limits after (CNN’s) Brian Stelter and Co. spent the last 3 years questioning Trump’s mental health.” – James Hasson