So You Want to Know Where the Route 91 Harvest Festival Money Is?

(Chuck Muth) – I take a back seat to no one in my desire to boot Gov. Steve Sisolak out of office.  His administration has been an unmitigated DISASTER for Nevadans over the last three years.

However, it does our side no good to trade in conspiracy theories when there’s so many real and documentable issues to share with the voting public – and that includes the ongoing conspiracy theories surrounding the distribution of the $32 million GoFundMe donations from the October 1 shooting tragedy.

So as is my wont, I looked into it for you and here’s what I found…

“Attached is a list of distributions for the Las Vegas Victims’ Fund, a 501(c)(3) and Nevada non-profit corporation. The data includes tier descriptions, payment amount per claim, and total claim counts. In total, the Fund distributed $32,023,009. For privacy and HIPAA compliance, names and all other identifying information were redacted from this list. Applications for LVVF were evaluated by a third party.” 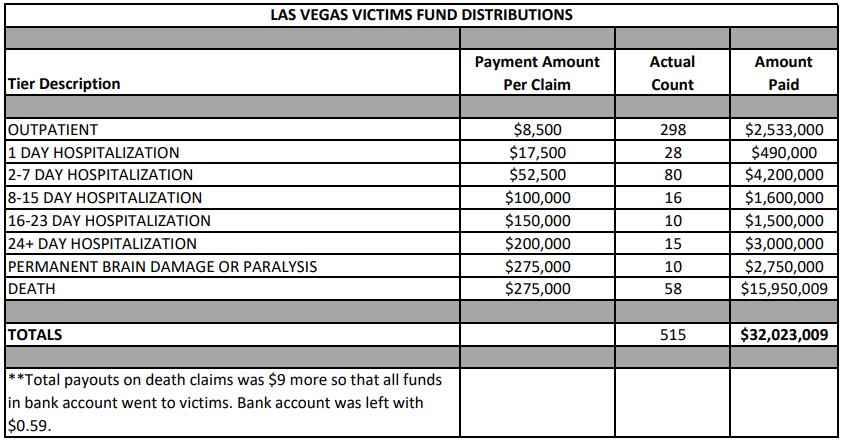 Yes, there’s still 59-cents left unaccounted for, but that’s a FAR cry from claims that $32 million is “missing.”

Lastly, for the conspiracy theorists who say the Las Vegas Victims Fund is not listed on the IRS website as a 501(c)(3) non-profit, that’s because it ceased accepting donations, the funds were dispersed and the organization officially was “dissolved” on September 30, 2019.

Henry J. Gomez and Natasha Korecki of NBC News on Democrat efforts to pick the GOP candidate for governor in Nevada…

“Democrats bracing for devastating midterm losses this fall are zeroing in on a strategy that lands them on the battlefield now.  They are investing millions of dollars to meddle in Republican primaries for governor, attempting to elevate their preferred competitors in November or weaken their biggest threats.

“In Nevada…Democratic Gov. Steve Sisolak and allies of his re-election bid are focused hard on Joe Lombardo, the Clark County sheriff who has Trump’s endorsement and is leading a crowded GOP field that includes former Sen. Dean Heller and retired professional boxer Joey Gilbert, who has the state party’s endorsement. ‘If he doesn’t make it through the primary, then we’ve knocked out what is seen as the front-runner,’ a Democrat familiar with the DGA strategy said of Lombardo.”

“Governor Sisolak knows that Sheriff Lombardo is the one candidate he cannot beat this November, therefore Democrats are now inserting themselves into the Republican primary.  With five more weeks until the June election, we now expect Democrat spending in the Republican primary to range between $2.5 to $3 million.”

Regardless, Joe Lombardo – with his campaign warchest, his fine-tuned campaign team, and the recent endorsement by Donald Trump – continues to hold a solid the lead in the primary two weeks before early voting starts.

Joey Gilbert, buoyed by his relentless grassroots supporters and the endorsement last week by the Nevada Republican Party – as well as Liberty Watch Magazine (“The Gold Standard of Conservatism”), which was mailed to some 150,000 likely GOP primary voters – is making his move as we head for the stretch run.

Guy Nohra’s support is growing as more voters get to know him and his impressive background during his Battle Born Tour across the state, especially in rural Nevada.  But not as fast as needed.  Time is running out.  Nohra probably needs some kind of big “May Surprise” to catch Lombardo and Gilbert.

John Lee’s campaign has never gained traction and is now losing ground, especially after failing to receive the coveted endorsements of Trump, the Nevada GOP or Liberty Watch Magazine.

Come Enjoy Some Politics on the Rocks!

Matt Schlapp is the chairman of the American Conservative Union – the nation’s oldest and largest conservative grassroots organization – and author of a new book titled “The Desecrators: Defeating the Cancel Culture Mob and Reclaiming One Nation Under God.”

Meet Matt and hang out with fellow conservative warriors at a cocktail reception/book-signing hosted by George Harris and Liberty Watch Magazine on Saturday, May 14th at the Ahern Hotel in Las Vegas from 6:00 – 10:00 pm.

Admission is FREE!  Just buy your own drinks.

In addition, the first 300 people who come through the door will also get a free copy of Mr. Schlapp’s book – which, of course, he’ll be happy to sign. 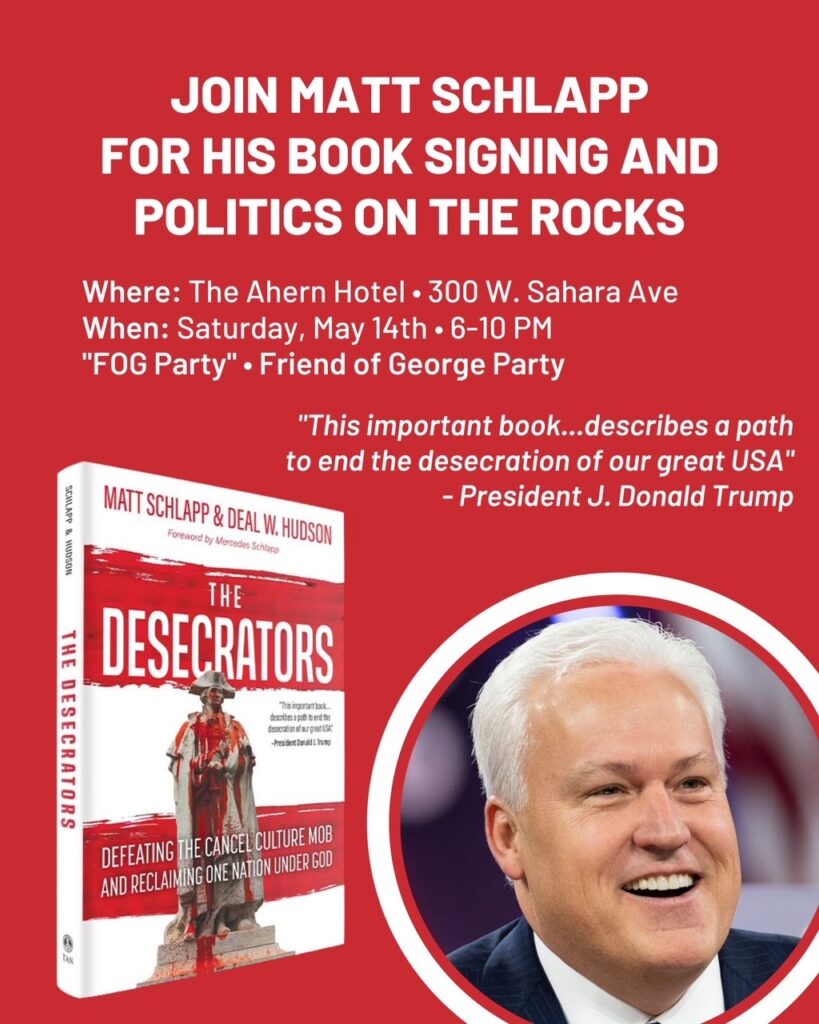 Here’s the initial list of our COPAC endorsements, with more to follow in the days and weeks ahead…

“I cannot understand people who say that minorities should be represented everywhere and yet are upset when there are blacks represented in the conservative movement.” – Thomas Sowell