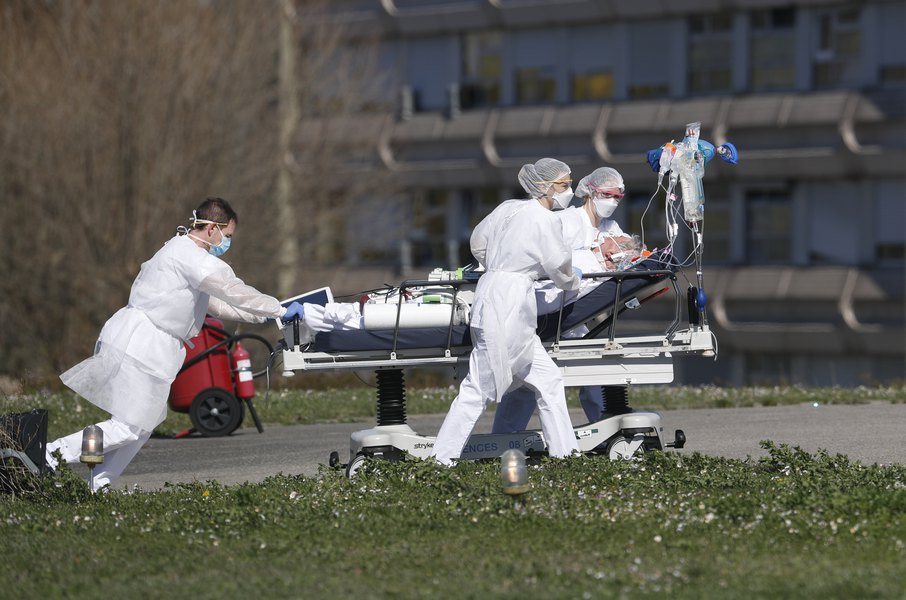 The latest outrage is the governor’s universal order BANNING doctors from prescribing an anti-malarial drug to treat patients who have contracted the Chinese coronavirus.

The press release goes on to read: “The regulation prohibits the prescribing and dispensing chloroquine and hydroxychloroquine for a COVID-19 diagnosis.”

Now, as everyone whose been following this crisis knows, those two drugs have shown SIGNS that they *might* be effective in combatting the Chinese coronavirus.  Tests are underway.

But in the meantime, doctors in other states have begun using them – and at least one terminal patient on his deathbed in Florida has credited use of the drugs for saving his life.

But upon imperial order by our governor, Nevadans now don’t have that option – despite the state having a “right to try” law on the books.  A one-man death panel.

But here’s what makes this even more outrageous…

In his edict, Sisolak declared that “there is no consensus among COVID-19 experts on Nevada’s own medical health advisory team that the two drugs provide treatment for COVID-19 patients.”

Yet, he goes on to say, his “emergency regulation is aimed at preventing hoarding of the drugs” in question.

But guess who’s “hoarding” them?

Wait, wait.  It gets worse…

“This emergency regulation is a strong step in protecting patients,” said Dr. Ishan Azzam, Sisolak’s chief medical officer for the state Division of Public and Behavioral Health in the press release.  “Preserving these drugs for those who need it is the right decision.”

According to an Associated Press story from September 11, 2018, Dr. Azzam “isn’t licensed to practice medicine in the United States”!

“Azzam says he practiced for several years as an obstetrics and gynecology physician in Africa before moving to the United States in the 1990s,” AP reported.  “That qualifies Azzam for the job under Nevada state law.”

People could die, not from the virus, but from a gubernatorial diktat prohibiting the use of a potentially life-saving drug that’s was approved by the FDA for malaria treatment way back in 1949.

Gov. Sisolak is WAY over his skis on this.

OK, things are developing at a, pardon the term, feverish pace on this situation.  Plan on getting multiple Muth’s Truths in your in-box today.  Don’t want to overwhelm y’all, but somebody has to shine a light on all this “stuff.”

The “mainstream media” sure as hell ain’t doing it.

Nevada Gov. Steve Sisolak’s ban on prescribing a pair of FDA-approved anti-malarial drugs for the treatment of the China coronavirus was clear and unambiguous yesterday.  Here’s what he said in his press release…

But after getting severe and well-deserved blowback and ridicule – NATIONALLY – he’s now reversed himself.  Yet again.

“This regulation DOES NOT prohibit prescription of these drugs for inpatient treatment. In other words, if a doctor in a hospital or emergency room setting wants to prescribe these drugs to treat a patient diagnosed with COVID-19, he or she is still free to do so.”

Sorry, but that’s not what he said…and this ain’t any better.

Patients suffering from Chinese coronavirus at home – as opposed to taking up a hospital bed – should be allowed to take the drugs under their doctor’s care and order.  Period.

First, he said non-essential business “should” close. Then he reversed himself and said they “must” close.  And he’s constantly changing the definition of “essential” and “non-essential” businesses.

For example, initially liquor stores were allowed to remain open. Then he changed his mind and ordered them closed.  Yet grocery stores and Costco are allowed to keep selling liquor.  Makes no sense.

The ridiculous and totally unnecessary confusion over what the hell is going on is entirely self-inflicted by the governor.  Clearly he’s WAY in over his head, getting lousy advice from his staff, and is over-reacting irrationally.

Time for an intervention.  Where’s the Legislature?