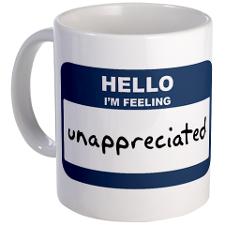 The Las Vegas Sun published an editorial on Tuesday bemoaning the situation unappreciated public school teachers find themselves in these days. “The sad reality is that teachers are under assault not only in Clark County but also nationwide,” the paper intones. “They are vastly underpaid, work long hours, blah, blah, blah.”

Yeah, yeah. We’ve heard it all before, ad nauseum. Teachers apparently are the only American workers who work long hours and are vastly underpaid, blah, blah, blah.

“Increasingly, though,” the Sun continues, “they are being hamstrung because of the obsession with test-taking caused by the No Child Left Behind initiative of former President George W. Bush, which ties federal funding to test results.”

The solution? What else? Legislators need to “figure out a way to increase teacher salaries.” Blah, blah, blah.

First, beyond the fact that the paper obviously continues to suffer from Bush Derangement Syndrome, the Democrats controlled the White House, the House of Representatives and enjoyed a filibuster-proof majority in the U.S. Senate last year. If NCLB is so bad, why didn’t Obama and the Dems get rid of it or fix it? Why continue to blame Bush….other than to score cheap political points, I mean.

Secondly, if NCLB is the problem, how would paying teachers more without repealing NCLB fix the problem? That makes no sense whatsoever. That’s like saying that if only you paid the 0-27 basketball coach more money, suddenly you’d get a winning team. It’s absurd to think the two are linked.

Look, the ONLY education reform that has a ghost of a chance at helping children in both the short and long term is also the ONLY education reform the education bureaucracy, the teachers union and the Las Vegas Sun are unwilling to give a chance: school vouchers. And until they do, all this whining about paying poor unappreciated public school teachers more is going to fall on an increasingly growing number of deaf ears.