Ripping the Loincloth Off the Little Caucus that Couldn’t: Part II 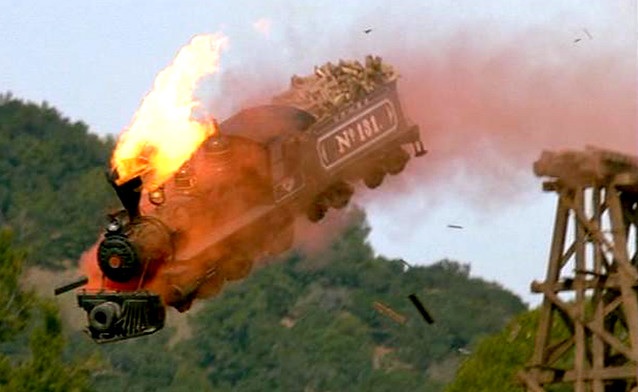 In Part I of “Ripping the Loincloth Off the Little Caucus that Couldn’t” I noted the claim being flung around by certain members of the Nevada Republican Assembly Caucus that former conservative Assemblywoman Jill Dickman “can’t win” back her District 31 seat.

Well, as you’re about to see, those two losses can’t possibly be used as “proof” that “Jill can’t win.”  But first, a little baseball story…

Last October – around the same time the Little Caucus that Couldn’t was pushing the notion that Jill couldn’t win after two losses – the Houston Astros lost their first two games of the World Series to the Washington Nationals.

And all the experts said it was over.  NO WAY the Astros could come back and win, remember?

Then the Astros went to Washington…and won the next three games in a row.

And all the experts said it was over.  NO WAY the Nationals could come back and win, remember?

Then the Nationals went back to Houston…and won the next two games…and the World Series.

As Yogi Berra (not Yogi Bear) famously put it: “It ain’t over ‘til it’s over.”

Indeed, there are also plenty of similar examples of candidates coming back from losses to win.  And Jill could absolutely do the same, especially if we look a little deeper into the factors contributing to her two losses.

Nevertheless, the political fury over the “Mother of All Tax Hikes” resulted in Republicans getting crushed at the ballot box.  In fact, all 13 of the sell-out Assembly Republicans who voted for that tax hike are now gone.

Unfortunately, the lingering stench over that GOP betrayal hurt ALL Republicans on the ballot in 2016, including Jill.  The few bad apples spoiled the whole barrel.

Nevertheless, Jill only lost her reelection bid by 38 votes.  But there was something else in play in that election that cost her the seat.

One of her Republican colleagues from a neighboring district – Assemblyman Ira Hansen – got pissed off at Jill because she didn’t vote the way he wanted on a bill.  So in the closing weeks leading up to Election Day, he actively campaigned AGAINST her!

But it was the tax-hike anvil the RINOs tied around her neck, and a fellow Republican knee-capper who sabotaged her campaign in a political temper-tantrum, that cost the GOP that seat that year.

Then again, neither did almost any other Republican!

In the post-tax hike “blue wave” election of 2018, Republicans lost an incumbent U.S. Senate seat, all but one statewide office, all but one congressional seat, two state Senate seats and three incumbent Assembly seats – which resulted in Assembly Republicans earning SUPER-minority status in the Legislature.

Yet this somehow proves JILL can’t win?  Come on.

But there’s even more to this story than that.  Guess who RAN Jill’s campaign in 2018? 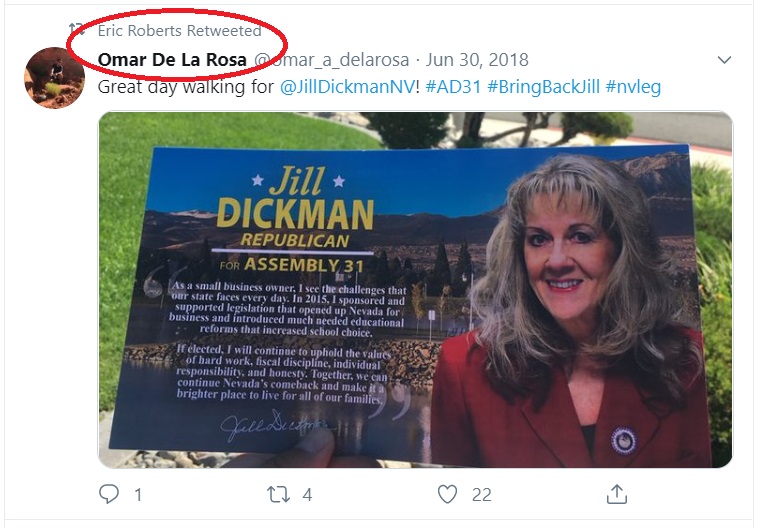 And who are Eric Roberts and Omar De La Rosa?

They’re the JV political squad that also runs the campaign operations for the Republican Assembly Caucus!

And my criticism of the political incompetence of Roberts and De La Rosa in running Jill’s 2018 campaign right into a ditch isn’t just Monday Morning Quarterbacking after the fact.

Indeed, here’s what I wrote and predicted on July 12, 2018 – FOUR MONTHS before Election Day…

“Unfortunately for a number of GOP assembly candidates, [former Republican Assembly Caucus Leader Paul] Anderson’s political operation is running campaigns under the (mis)management of a still wet-behind-the-ears Anderson political apparatchik named Omar De La Rosa.  As such, look for some Republican assembly candidates who could have/should have won to end up on the short end of the stick on November 6th.”

So don’t give me this “Jill can’t win” crappola…unless you add the caveat that Jill can’t win with the same bad campaign run by the same incompetent caucus operatives that tanked her 2018 run.

OK, that’s it for today.

In Part III of “Ripping the Loincloth Off the Little Caucus that Couldn’t” we’ll get into the caucus’ “fake news” claim that it endorsed Jake Wiskerchen (who has since quit the race) last November because Jill “would not commit” to running again in 2020.