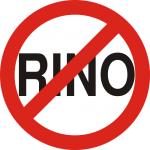 Assemblyman Tom Grady (r-Yerington) announced this afternoon he was running for re-election, laughably claiming in a press release that he “has consistently been an advocate for lower taxes.”

What a load of flapdoodle. Grady has refused to sign the Taxpayer Protection Pledge and voted FOR the $620 million tax hike extension last session.

In the release, Grady also said, “My political philosophy is quite simple: listen to the people, be honest and responsible, help your constituents, and do what is best for Nevada.”

Indeed, Grady had the third WORST conservative score of all Assembly Republicans in Citizen Outreach’s ratings of the 2011 session, chalking up a putrid 43.5%.

What makes Grady’s record so much worse is that he doesn’t *have* to vote like a liberal in order to get elected. He represents one of the most solidly Republican districts in the entire state. The guy could vote 100% conservative and still be elected in a landslide in his rural district. Instead, he votes like a RINO – Republican In Name Only.

Now would be a good time, and Assembly District 38 would be a good place, for the tea party folks to do a little political culling from the GOP herd. But you can’t beat somebody with nobody. Who will step forward to challenge the tax-hiking, liberal-voting Mr. Grady? Anyone?