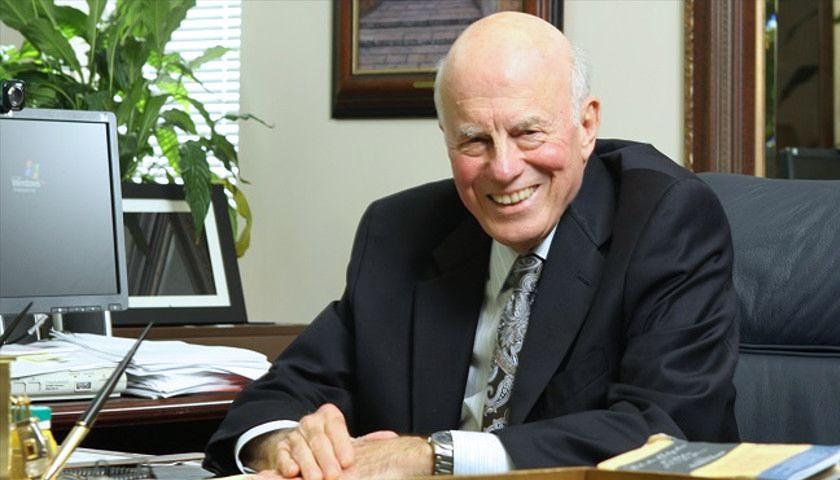 In his 2014 best-selling book “Takeover,” my friend and conservative icon Richard Viguerie has a chapter titled, “It’s the Primaries, Stupid!”  And he is so “right”!

As Viguerie notes, the problem for conservatives isn’t so much Democrats and liberals as it is “progressive, Big Government Republicans.”  And he is so “right.”

“Far from shrinking government, whenever they have been in power establishment Republicans have contributed to the growth of government,” Viguerie wrote.

After Republicans not only won control of the governor’s office, but also control of both the state senate and state assembly – controlling all three bodies for the first time since the Depression – establishment Republicans exploded the size and cost of state government while passing the largest tax hike in Nevada history to pay for it!

“Until we conservatives…nominate conservative candidates who will actually fight for and govern according to the conservative principles the party stands for,” Richard continued, “there will be no coherent alternative to the Democrats’ Big Government worldview presented to the voters.”

And with that in mind, here are five Nevada state races and the GOP candidates conservatives should support in the June 12, 2018 primary election…

The campaign of his primary opponent, Dan Schwartz, is a self-serving joke.  Schwartz is no conservative, and his record proves it, no matter how many times he calls himself a “conservative.”

He’s a Big Government establishment Republican who would likely be worse for the conservative movement in Nevada than Gov. Brian Sandoval – if that’s even possible.

And here’s an inconvenient truth: Democrats in 2019 are once again going to control both houses of the Legislature.

Without a conservative Republican governor willing to veto the stinking pile of far-left cow dung bills the D’s are going to plop on his desk, we really and truly are going to end up being, as State Controller Ron Knecht once put it, “East California.”

Now, Duncan’s not a bad guy.  But he is the establishment’s guy.

And voters should be extremely concerned with the fact that he reportedly raised some $190,000 in special interest campaign contributions for this race last year while still a government employee working for the attorney general’s office!

I’ve known Craig for over 20 years.  He’s as solid a conservative as they come.  And he is totally unafraid to take on the establishment and powers-that-be.

When former Secretary of State Ross Miller – a partisan Democrat if there ever was one – sued my non-profit grassroots advocacy organization a few years ago in an effort to “out” our donors, Craig successfully represented us all the way up to the Nevada Supreme Court.

And when the gaming and mining industries sued to block the citizen initiative to repeal the Commerce Tax passed in 2015, Mueller successfully fought to allow it on the ballot.

Unfortunately, the court system dragged its feet and the ruling giving the initiative the “green light” didn’t come down until it was too late to gather the required number of signatures to qualify.

If elected, Craig has vowed to ban “sanctuary cities,” in Nevada, evict the BLM from within our borders, and immediately issue an AG’s opinion blocking government employees from serving in the Legislature and will sue any who try.

So Mr. Mueller isn’t just a solid constitutional conservative; he’s a fighter.  Wish we could clone him!

Assemblyman John Ellison was one of the good guys who voted against that Mother of All Tax Hikes.  In fact, Citizen Outreach awarded him last September with its “Conservative Legislator of the Year” award.

As such, the establishment has put a deep-pocketed, certified tax-hiking Republican up against him.  Making John the only true conservative Assembly incumbent under threat this year in a GOP primary.  He needs to be saved!

Meanwhile, of the thirteen sell-out Assembly Republicans who betrayed voters by voting for the $1.4 billion Sandoval Tax Hike in 2015, eleven of them are now gone – either forced into retirement or defeated in elections.

Hambrick is being challenged by a pro-business conservative, Jim Small, who has signed the Taxpayer Protection Pledge promising voters that he will “oppose and vote against any and all efforts to increase taxes.”  And he has a great campaign slogan (unlike most): “Think Big, Vote Small.”

Oscarson is being challenged by another pro-business conservative/libertarian, Dennis Hof, who is best known for owning seven LEGAL brothels in Nevada and the star of the award-winning HBO reality TV series, “Cathouse.”

Hof is also a proud signer of the Tax Pledge.  (Disclaimer: I’m a paid adviser to the Hof campaign)

As my friend Grover Norquist of Americans for Tax Reform is wont to say, “Republicans who vote for higher taxes are like ratheads in a Coke bottle.  They ruin the brand for everybody.”

Hambrick and Oscarson are Republican “ratheads.”  They should be treated as such.

The only way to advance the limited-government constitutional conservative movement is to, as Mr. Viguerie points out, “prune away the dead wood of the Republican establishment” in GOP primaries.  And he is so “right.”

Great advice for Nevada conservatives going to the polls on June 12th.