Republican vs. Republican: Another Blown Opportunity 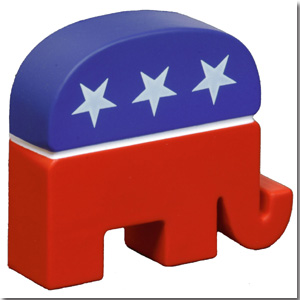 Well it sure didn’t take legislative Republicans long after the redistricting maps were released – subject to final Nevada Supreme Court review and approval – to circle up the ol’ firing squad and collectively put a round in their feet.

Because of a large population shift to the south over the last decade, one of the north’s state Senate seats was moved to Clark County. While this was a reliably Republican rural seat in the past, Senate District 18 is now divided evenly between Democrats and Republicans – with a significant number of non-partisans making up the difference.

So far, so good, right? But alas, Republicans threw their support behind Hammond without clearing the field for him.

Shortly after Hammond’s announcement, Michelle Fiore – who ran for Congress in Las Vegas in 2010 – announced on Twitter that she, too, would be running for SD-18. And by the end of the day, Assemblyman Richard McArthur (R-Las Vegas) – who was drawn into the new Senate district at the last minute by Judge Todd Russell – also threw his hat into the ring.

A three-way primary in a toss-up district the GOP absolutely must hold to have any shot at regaining the majority in 2012? Epic fail.

Making matters worse, there is a markedly different philosophical gap between the two front-running Assembly members – and Senate Republicans hopped on the wrong horse.

The general rule for conservatives is to support the most conservative candidate who can win. In a 50-50 district, you don’t need a wishy-washy moderate to capture the seat. Yet that’s exactly what you’d get if Hammond gets elected.

While McArthur has served two terms, signed the Taxpayer Protection Pledge, and voted against a large spending increase and the $600 million tax hike extension in 2011, Hammond has served but one term, has not signed the Taxpayer Protection Pledge, voted for the increase in spending, as well as the $600 million tax hike extension.

Oh, and consider this plank from a past Republican Party platform: “We support the effort to prohibit all state, county, city, and local government employees from serving in the legislature per the Nevada Constitution Article 3, Section 1.”

Hammond is currently a government employee working for, not one, but two government agencies. Yet the Senate caucus has endorsed him?