Reagan vs. the RJ’s New Publisher 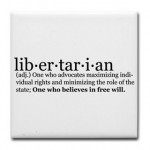 In an interview on KNPR on Tuesday, Bob Brown, the new publisher of the Las Vegas Review-Journal reportedly said, “I’m a conservative, but I’m not a libertarian.” Interesting, because in a Reason magazine interview way back in 1975, Ronald Reagan said:

Since the two are so closely aligned ideologically, it’d be interesting to know how Mr. Brown differentiates the two.