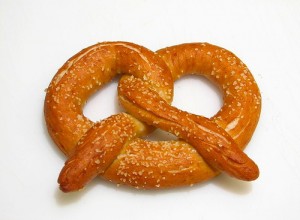 When it comes to tax hikes, Jon Ralston is a master of unwavering contradiction.

First, Jon is in favor of raising taxes. Not just broadening the tax base. Raising taxes. He believes the government needs more money to do more things. He is, after all, a card-carrying bleeding-heart liberal. And he loves spending OPM – other people’s money – on what HE thinks is necessary and important.

But in Jon’s Sunday Las Vegas Sun column, he criticizes a proposed AFL-CIO ballot initiative to impose a corporate income tax on Nevada’s small businesses because while the union claims the people should have a say on the issue, Jon says the people have already had their say by electing the members of the Legislature.

“(G)oing to the ballot is the only crucible I can think of that is worse than Carson City,” His Awesomeness wrote. “The capital is the place to have this discussion…”

1.) As you can see, Jon viscerally opposes direct democracy. Even though the people of Nevada have also already had their say in establishing the ability of citizens to govern themselves through the ballot initiative process, Jon – in typical liberal fashion – generally opposes such initiatives. Our elected rulers, after all, know what’s best of us hayseed “little people,” right?

2.) Jon opposes the Taxpayer Protection Pledge. Even though Jon thinks legislators elected by voters should make all the decisions regarding tax policy, he oppose candidates who run for office making a campaign promise to their voters that if elected he or she “will vote against any and all efforts to increase taxes.” He referred to such candidates as “Norquistian Nabobs of Negativism.”

Grover Norquist is the “father” of the Taxpayer Protection Pledge.

Anyway, Jon’s trying to have it both ways here…as usual. He doesn’t want voters to have a say on whether or not to raise taxes via a ballot initiative; but by the same token, he doesn’t want voters to have the choice of voting for candidates who make solid, unequivocal written promises not to raise taxes even though by voting for such candidates, voters are having a say in whether or not they want taxes raised.

Now, with all this tax hike talk via ballot initiatives, it’s important for conservatives to know exactly what’s going on here. The fact is, because of the VOTER APPROVED Gibbons Tax Restraint Initiative – which requires a 2/3 super-majority vote of the Legislature to raise taxes – massive tax hikes coveted by liberals and Jon Ralston (but I repeat myself) are increasingly hard to pass.

As union boss Danny Thompson is circulating his initiative petition to put his tax hike on the ballot, conservatives should circulate one that would require that all future tax hike ballot initiatives meet the same 2/3 super-majority vote as tax hike proposals in the Legislature. So let it be written; so let it be done.