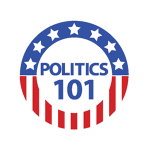 Nugget 1: Political pundit Jon Ralston commented yesterday on a column I wrote in opposition to same-day voter registration for the GOP presidential caucus. Here’s what he had to say.

Well, I may not be a genius, but the simple reality is that the most important thing in an election is who the voter votes for, not which party the voter is registered with. Here, I’ll prove it.

In the special election in New York’s 9th district just a couple weeks ago, Democrats enjoyed a 3-1 majority over Republicans. And yet Republican Bob Turner defeated Democrat David Weprin. So it wasn’t how people were registered that decided that election. It was how they voted.

Here’s another example: In 2010, Democrats in Nevada outnumbered Republicans by some 60,000 voters, and yet Republican Brian Sandoval defeated Democrat Rory Reid in the governor’s race.

That same year, in Nevada’s 3rd congressional district, there were over 25,000 more registered Democrats than Republicans. And yet, Republican Joe Heck defeated Democrat Dina Titus.

By the way, it works both ways. For example, for many years until 2010, Republicans enjoyed a very large voter registration advantage in the Capital state assembly district in Carson City and yet voters there consistently elected and re-elected a Democrat, Bonnie Parnell.

It doesn’t take a genius to see that the outcome of an election has far less to do with the voter registration numbers than it does with the quality of the candidate, the power of the candidate’s message, the effectiveness of the campaign in delivering that message, and the overall mood of the vast number of non-ideological voters – Democrat, Republican and independent – who quite often are heard saying things like, “I vote for the person, not the party.”

The Citizen Outreach boss (as well as the “naysayer” in the item above) is, of course, yours truly – who Jon, for his own purposes, now refuses to name. Kinda like Lord Voldemort. It’s silly, but…whatever.

In any event, consider for a minute just what Jon wrote here: All of the folks supporting same-day registration are “smart.” But apparently not smart enough to beat a bunch of “nuts.”

So when you think about it, just how smart are they really?

– Melody Howard, a member of the Nevada Republican Central Committee, in a September 23 letter to Nevada GOP Chairman Amy Tarkanian pointing out an extreme, but certainly plausible scenario. After all, remember the extraordinary lengths Harry Reid and the unions did in the Republican U.S. Senate primary in 2010 to help nominate the weakest GOP candidate.