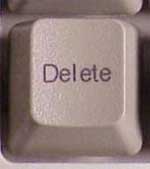 Nugget #1: Oh, dear. It seems I upset Jon Ralston again by writing on Saturday that he wouldn’t admit that he admitted he was wrong to criticize me for deleting comments when the newspaper where he’s an employee does the exact same thing.

“Since there is no record of me saying I was wrong,” Jon wrote in an email Saturday night, “I am sure a correction – or proof that I admitted I was wrong about comments or letters – is forthcoming. I have no doubt that Muth’s Truths, like newspapers, has a corrections policy.”

First, Jon ripped me in a tweet on Friday for exercising editorial discretion and deleting some comments from my blog. To which I responded in a tweet, “So you’re saying your newspaper doesn’t censor letters to (the) editor and delete comments?” To which Jon admitted in a follow-up tweet, “Yes, newspapers edit letters & delete comments…”

In my book, that’s admitting that you were wrong.

But to be fair to Jon, he added that his newspaper deleted comments “4 profanity, libel, not because they disagree.” But that’s not quite the full policy of the Las Vegas Sun in this regard. In fact, as I spelled out in Muth’s Truths on Saturday, the Sun editors reserve the right to delete comments, not just for profanity and libel, but for quite an extensive list of behaviors – and bans anonymous comments completely.

For the record, two of the three comments I deleted on Friday were posted anonymously. But back to the rest of the rules Jon’s bosses enforce on posting comments to their website….

“The management and editors of LasVegasSun.com retain the right to remove individual posts or to revoke the access privileges of anyone who we believe has violated any of these terms or any other term of this agreement,” reads the disclaimer on the newspaper’s website under “Specific Terms of Services Related to Reader Comments.”

Indeed, here are the rules for posting comments on the Sun’s website, violation of which are grounds for Jon’s bosses to delete a comment in addition to the use of profanity or libel:

• Agree not to solicit others. You agree not to use this site’s commenting features to advertise or to solicit anyone to buy or sell products or services, or to make donations of any kind, without the Company’s express written approval;

• Agree not to have multiple personalities on our site’s commenting features. Each reader may have only one log-in. Usage of multiple log-ins will result in our removing your posting privileges under any screen name. (Generally, it is against lasvegassun.com policy to allow readers to change their usernames. However, in some situations this will be allowed. If you feel you have a strong reason to have your username changed, send us a feedback message.) We also reserve the right to pull postings from handles which themselves might be considered objectionable;

• Agree not to post in manner than emulates, purports or pretends to be someone else. Under no circumstances are readers posting to this site to knowingly use the name or identity of another person, whether that is another reader on this site, a public figure, celebrity, elected official, etc … This also means that readers will not knowingly give out any personal information of other members of these forums;

• Agree not to self-promote with links to your own blog or website, especially when such a link would be off-topic for the part of the site you’re commenting on;

• Agree to be civil. The company wants to encourage dialogue and debate that leads to greater understanding. Our goal is to elevate the daily conversation. This means comments should be relevant and contain no abusive or profane language. Comments may be deleted at the sole discretion of the company;

• Agree not to use this forum for personal attacks. This includes any sort of personal attack — including, but not limited to the people in our stories, the journalists who create these stories, or anyone else in this community;

• Agree not to post comments that make reference to race;

• Agree not to post derogatory comments on stories in which a person has recently died. The company has a no-tolerance policy regarding this;

• Agree not to post snarky, short comments. This is a forum for public discussion, not a place to practice your stand-up comedy routine. Please check our calendar for open-mic nights;

• Agree not to post the exact same (or very similar) comment on multiple stories, especially when said comment has nothing to do with one or more of the stories;

• Agree not to engage in flame wars or troll our comment threads;

• Agree not to publish personal/contact information about any readers or story/photo/video/blog subjects you obtain via information obtained from this site. If you do so, the Las Vegas Sun retains the right ban your account and to use personal information identifying who you are to help in any legal cases brought against you for such actions.

Whether Jon fully “admitted” he was wrong or not (and I told you he wouldn’t!), he absolutely was when he personally attacked me for doing something his very own employer does. But if it makes Jon happy, consider this the “correction” he requested.

Nugget #2: I announced Citizen Outreach’s “Ratings of the 2011 Legislature” today to subscribers of Silver State Confidential. They’ll be made public later this week, probably at our First Friday Happy Hour in Las Vegas.

In the meantime, Las Vegas Review-Journal political columnist Steve Sebelius – who has always treated us fairly and objectively even when we’ve disagreed on occasion – was also given an advanced look at the ratings.

And Jon blew a gasket! I mean, the guy had a veritable meltdown over this!

Without knowing which bills were rated and why, Jon has already declared in a series of increasingly angry and shrill tweets that the ratings are a “joke” and “ridiculous.” When I responded that he was just mad because I gave Steve the ratings first, Jon indignantly responded, “I don’t get mad at pathological liars and bullies; I expose them.”

Seriously, I really think Jon needs to switch to decaf. Or maybe take some estrogen pills.

Nugget #3: As noted above, we gave current Silver State Confidential subscribers a special advance sneak-peak look at our ratings as a bonus for renewing their subscription today. In addition to the sneak-peak, we also offered them 50% off the regular subscription price if they renew by midnight this Friday.

And you know what? Because Jon has gotten himself so worked up in a frothing frenzy over what I’ve written in Silver State Confidential over the last two weeks, I think I’m going to extend the offer tomorrow to not only existing SSC subscribers, but to Muth’s Truths and Nevada News & Views subscribers, as well.

We’ll call it the “Ralston Discount.” Let me sleep on it and see if I can work it out with our tech guys by morning. Stay tuned….and have those credit cards ready!