Ralston Has Melt Down over being Blown off by Candidate 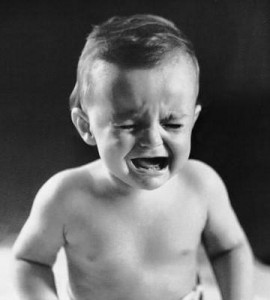 Liberal activist/”journalist” Jon Ralston threw another of his patented hissy fits today over a  candidate who just doesn’t think she is “obligated” appear on his TV show at Jon’s beck and call. The candidate Ralston fried today in his latest Ralston Rant is, not shockingly, a Republican: Nevada State Sen. Barbara Cegavske.

“If you are willing to put your name on the ballot, you should be willing to come on and answer questions about your campaign,” Jon whined. “If you don’t, people should wonder why.”

We don’t wonder why, Jon. We know why. Because you’ve become an insufferable liberal partisan attack dog, that’s why.

Anyway, Jon believes it’s “outrageous” if a candidate chooses not to kiss his arse and do Face to Face.

No. If they blow off ALL media interviews with legitimate journalists, I’d say it’s foolish, bordering on outrageous. But there’s nothing special about Jon or his show that makes it “mandatory” that a candidate subject themselves to his bullying and condescending interviews. Candidates can certainly win without genuflecting to his awesomeness and oversized ego.

And Jon’s schoolyard taunting and bullying – “What is she afraid of?” – reflects more poorly on him and than her. It displays an entitlement mentality rivaled only by some welfare queens. Sad.

Hey, Jon, if you’re having trouble booking a guest…have me on instead. I ain’t a’scared o’ the big, bad wolf.