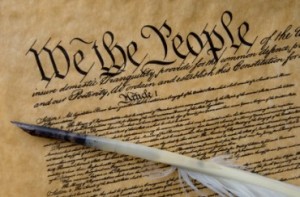 Las Vegas Sun columnist J. Patrick Coolican inked a piece this week pointing out all the unfinished construction projects in Las Vegas, including a large vacant piece of land owned by MGM Grand on the southwest corner of the Las Vegas Blvd. and Sahara. He suggests that space be used for a sort of tented “flea market” that would be “filled with an eclectic mix of high- and low-end arts and crafts and food and drink.”

And Robert Fielden, an urban planner, thinks that would be a good idea.

“It seems like an ideal interim use until something happens at the north end of the Strip,” he told Coolican. “In that sense it would work exceptionally well.” Fielden also suggested adding an “international element that would allow for a different cultural festival every week.”

Sounds like an intriguing idea. I’ve been to other such markets around the country, and they’re a lot of fun. But Coolican opines that such a project here would be a non-starter with “corporate America, which owns most of the Strip.” And he’s not happy about it.

“It’s time to confront our stale thinking, which is narcotized by a slavish devotion to the corporate masters of the Strip,” he concludes. “We need to start treating the Strip as our commons, our New England town green, as a community resource and not just a cash cow for shareholders – and creditors – in faraway places. And if MGM can’t use the land – and it can’t – then why would we just let it sit there, wasted?”

And that’s where Mr. Coolican lost me.

The answer to why is this: The United States Constitution, and the property rights enshrined therein.

Property rights are extremely important and a large part of what separates us from the more socialistic nations of the world.

Why would “we” (the collective) just let that vacant piece of property sit there on the corner of Sahara and Las Vegas Boulevard, wasted?

Because…it’s not ours. It’s the MGM’s.

If the city or county fathers wish to try to persuade the MGM to lease it to them voluntarily, fine. But we (the collective) can’t just “take” that property and give it to other businesses to use as we (the collective) see fit – unless you’re willing to seriously abuse the power of eminent domain.

Sorry, but that dog won’t hunt. I’d love to see Coolican Plaza get built somewhere. But there’s a right way and a wrong way to pursue such a project. If we’re gonna do it, do it right.