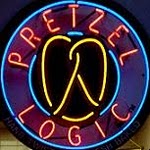 My friend and political pontificator extraordinaire Jon Ralston is gonna need a chiropractor after all the contortions he’s going through to cover Gov. Brian Sandoval’s tax-hiking you-know-what these days.

In a Ralston Flash tweet this afternoon, Jon wrote: “Sandoval right on counties attempt to get money back: Let the courts decide.” He then linked to this full dissertation on how the governor was right seven weeks ago for NOT fighting lawsuits likely to be brought by local governments, but is also right now for fighting two similar lawsuits being brought by Clark and Washoe counties.

The difference, according to Jon, is that the governor raised taxes to make the other potential lawsuits go away, thus avoiding an end-of-session budget showdown. But now, there’s no budget deadline so, what the heck, let’s hash it out in court. In other words, it’s all about the timing, not the principle or legal argument.

Sorry, but that dog won’t hunt.

Gov. Sandoval was adamant back in June that the $62 million Supreme Court decision in the Clean Water Coalition case was, in his expert, experienced opinion, precedent-setting and that the state would lose additional court challenges to his budget proposal which essentially raided various local funds to fill his budget gap.

As such – and contrary to other legal opinions – the governor opted to raise taxes rather than fight those additional lawsuits. But now that $600 million worth of taxes have safely been hiked, the governor supports fighting local anti-raid lawsuits, on the argument that the raids involved in these particular suits took place before he took office and weren’t included in his budget. Here’s how Jon put it:

“But Sandoval was correct when he made the decision in May and he is right now, too. The governor did not interpret the high court decision; he took the safe course. Now, it’s up to the courts to actually rule on individual requests for money from the locals.

“Governors and Legislatures long before Sandoval became governor have caused this problem with their reckless and cowardly pilfering practices. But to sanction going back in time and refunding money – rather than letting the legal process play out – would be irresponsible.”

No matter how you try to slice it, spin it or excuse it, the governor is trying to have it both ways. He was, very simply, against fighting the local government lawsuits before he was for them. It’s hypocritical. It’s inconsistent. Plain and simple.

If the governor thought the lawsuits could have been won, he should have fought all of them rather than cave in at the end of the legislative session. If not, then he shouldn’t be fighting these two.

All of which has nothing to do with the true conservative objection to how this whole matter played out. I, and other conservatives, disagreed with the governor’s interpretation of the potential precedent-setting impact of the Clean Water Coalition decision, but we were happy to defer to the governor’s assessment.

The real problem is that after deciding that yes, there was a $600 million hole in his budget due to his interpretation of the court decision, the governor opted to break his word and raise taxes rather than cut spending back to the 2007 level as he proposed to do in his original budget and on the campaign trail in 2010.

Worse, the governor took a $300 million surplus handed to him in early May by the Economic Forum and even spent that rather than cut the tax hike in half. That, friends, has absolutely nothing to do with the Clean Water Coalition case no matter how hard you try to prop up that straw man.

But let’s, as they say, give the devil his due.

Jon is absolutely, positively correct in asserting that this whole problem lies at the feet of past governors and legislators who recklessly and cowardly kicked the budget decisions down the road after the recession hit rather than make the tough, necessary calls to address the situation once it became known around the end of 2007.

Gov. Gibbons and the Nevada Legislature did, in fact, use gimmicks and band-aids and one-time stimulus money to avoid making serious and absolutely necessary budget cuts for three years. The real problem with the $600 million tax hike in 2011 is that it only delayed the inevitable. A year-and-a-half from now, we’re gonna be right back where we started from.

Gov. Sandoval had the opportunity to force the Legislature to face reality this session. Instead he opted to postpone the fight yet again. (Patton quote: “You’re too old an athlete to think you can postpone a scheduled match.”)

But sooner or later, responsible parties are going to have to debate the proper role of government, what constitutes an “essential” government service, and decide how to best fund that operation if the current system isn’t adequate for the job.

Or maybe they should just outsource the project to me and Jon and let the two of us do it unilaterally over a steak and a Lowenbrau (do they even still make that?). Yeah, that’s the ticket.