Pop Quiz: Who Said It, Roberson or Reid? 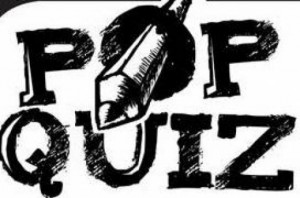 Question: Who said the following on Tuesday about Grover Norquist, president of Americans for Tax Reform and author of the Taxpayer Protection Pledge:

“For years, Norquist has bullied lawmakers willing to put their oath of office or their promise to serve constituents ahead of their pledge to the anti-tax zealot. His brand of ideological extremism has been bad for (legislating) and even worse for the country. So I was pleased to see a few Republicans…distance themselves from Norquist this week. … Clinging to the kind of ideological purity Grover Norquist peddles – saying you’ll never bend or compromise – is easy. Cooperating with those with whom you disagree is hard.”

If you said Sen. Roberson…wrong. It was Sen. Reid. However…

I can certainly understand your confusion since the following is what Sen. Roberson said on this very same subject just a couple weeks ago on Ralston Reports…

Wow!! Were Roberson and Reid separated at birth or what?

I gotta tell you, folks, I’ve gotten a lot of crap from some establishment Republicans for criticizing “Moderate Mike” and his flip-flop on tax hikes now that he’s the new GOP Minority Leader in the Legislature.

And yes, I’ve lost some major donors over this.

And yes, I gotta be honest, it’s taken a toll.

But what’s right is right. And Sandoval and Roberson are flat-out wrong on this tax hike issue. That’s not just my opinion. That’s right out of the Nevada Republican Party platform! I’M not out of step with the GOP; THEY are.

So they can complain about me, threaten me, criticize me, ridicule me, ignore me, blackball me and dry up my funding…but I WILL NOT stop pointing out that these two moderate Republican emperors have no clothes.

But they WILL NOT succeed in shutting me up.

We principled, limited-government conservatives in Nevada may be in the minority and facing impossible odds against the well-funded establishment powers-that-be. But as I teach my kids, you never lose as long as you never quit.

So, not me. I’m not gonna take this. Wormer, he’s a dead man! Marmalard, dead! Niedermeyer…!!

Let’s just go with what Grover himself says: “Onward!”

“I tip my hat to the folks like Grover Norquist who actually stand for something and stand on two legs with both feet on the conservative side of the line.” – Muth’s Truths reader Nick Riley

* Those close to the conservative movement in DC know that the Republicans most often quoted in media reports about supposed defections from Grover Norquist and the Taxpayer Protection Pledge are generally people who don’t so much object to the Pledge as they do to Grover personally.

John McCain and Tom Coburn and Alan Simpson, for example, have all had long-running personal political feuds with Grover, and not always on the tax hike issue. So consider the sources, especially since they’re hand-picked media sources.

* A lot has been said and written about how two tea party-backed GOP candidates for U.S. Senate – Todd Akin in Missouri and Richard Mourdock in Indiana – lost winnable races this year.

But for some reason no one seems to mention how so many “electable” establishment Republican candidates – including Scott Brown in Massachusetts, Connie Mack in Florida, Linda Lingle in Hawaii, Pete Hoekstra in Michigan, Denny Rehberg in Montana, Heather Wilson in New Mexico, Rick Berg in North Dakota and George Allen in Virginia – also went down in flames.

Weird, huh? I wonder why that is?

* By the way, the next major Republican U.S. senator crying out for a tea party-led primary challenge and defeat is Sen. John McCain’s “mini-me” in South Carolina. Sen. Lindsey Graham is so bad that many South Carolina Republicans are actually saying they’d even prefer the return of former Gov. Mark Sanford over another six years of Graham.

Make it so, Number One.