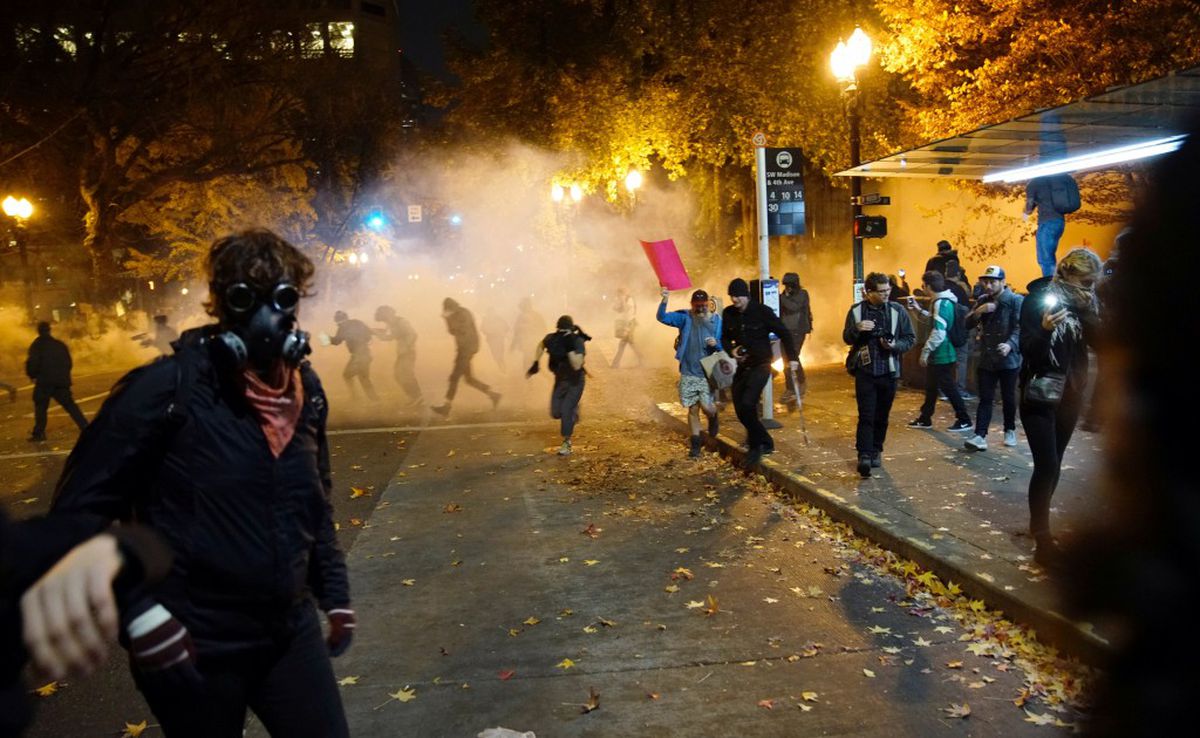 (Chuck Muth) – On Monday, Ford Fisher, editor-in-chief of N2S Reports, tweeted that Black Lies Matter/ANTIFA put together packages of drinks, food, sanitation products and cigarettes for released rioters in the city of Portland who had been arrested over the weekend.

“Why even bother arresting rioters if they’re just gonna drop charges on all of them and let them go?”

And that’s exactly the question everyone who wants to see an end to these “peaceful riots” should be asking.

Yesterday, an Oregon sheriff drove the point home in rejecting Oregon Gov. Kate Brown’s request that he deploy his officers to Portland to help quell the #BidenRiots.

“The only way to make Portland safe again, is to support a policy that holds offenders accountable for their destruction and violence.  That will require the DA (district attorney) to charge offenders appropriately and a decision by the Multnomah County Presiding Judge to not allow offenders released on their own recognizance, and instead require bail with conditions.

“The same offenders are arrested night after night, only to be released by the court and not charged with a crime by the DA’s office.  The next night they are back at it, endangering the lives of law enforcement and the community all over again.”

This catch-and-release revolving door – enabled by get-out-of-jail-free cards issued by prosecutors, along with judges who mete out nothing more than slap-on-the-wrist penalties – embolden criminals to just continue their mayhem.

In his opening monologue Monday night, FOX News’ Tucker Carlson warned that such idiocy could be coming to a city or county near you…

“Joe Biden is pledging, if elected, to end cash bail nationally in every state.  What would that look like?  What would happen if Joe Biden did that?  Well, we know the answer.  We don’t have to guess.  Because Democrats have already eliminated cash bail in New York City.  And what happened?  You know what happened.  Criminals immediately flooded the streets.”

And if you think this insanity is limited to Portland, think again.  Social justice agitators are pushing for the end of cash bail in Nevada as we speak.

“The Progressive Leadership Alliance of Nevada (PLAN) is one of eight groups nationwide to share $1.7 million in appropriations from Minnesota-based Borealis Philanthropy to campaign for ending the cash bail system.” – Trey Arline, Nevada Independent