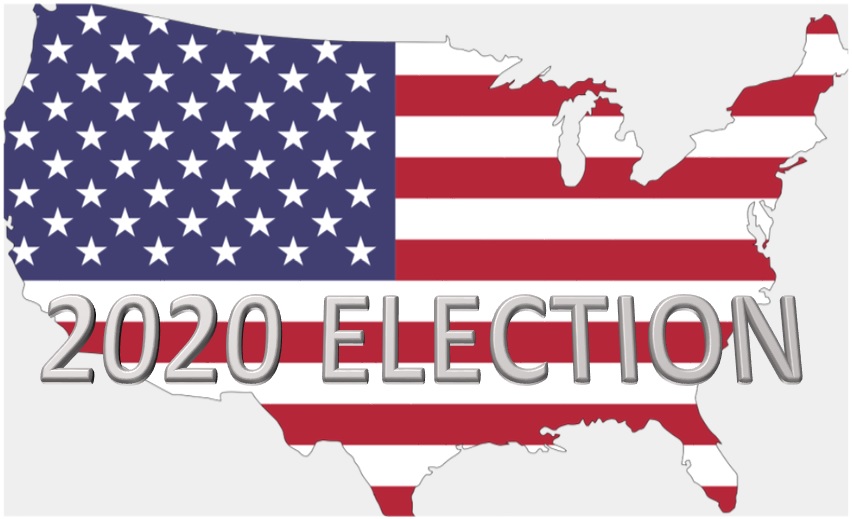 At Adam Laxalt’s Basque Fry this weekend, media reports indicate the recurring theme by speakers this year was pretty much along the same line as last year: Don’t turn Nevada into East California.

To prevent such a catastrophe, we need to elect more conservatives. It’s that simple.

We won’t hold off the charging hordes with Republicans who vote like Democrats.

On votes to raise taxes, expand government and restrict individual liberties (especially gun rights), a Republican who votes with Democrats is no better than a Democrat who does so.

Actually, they’re worse.  We EXPECT Democrats to vote like socialists.  We should expect better out of Republicans.

Too often in years gone by Republican voters in the general election have had a choice between a Democrat candidate and go-along-to-get-along mushy moderate Republican.  As such, they default to the lesser of two evils.

The ONLY way to avoid this Hobson’s choice is for Republican voters to elect conservative candidates in GOP primaries.  That way the clear choice in November will be between a socialist Democrat and a conservative Republican.

Now, this has to be done strategically based on the “Buckley Rule” – nominating in the primary the most conservative candidate who can WIN in the general.

So, in legislative districts with a big Democrat majority nominating a moderate Republican may be perfectly acceptable.

For example, in Assembly District 5 in Clark County there are about 14,000 Democrats and around 11,000 Republicans.  If a moderate Republican can pick up that seat from the Democrats, vunderbar.  Take the win.

On the other hand, there is no electoral excuse for nominating a moderate Republicans in GOP-majority districts.

For example, in Assembly District 31 in Washoe County there are around 14,000 Democrats to around 16,500 Republicans.

AD31, by the way, is the only Assembly district with a majority of Republican voters and a Democrat incumbent.  That’s not only a seat ripe for a GOP pickup, but a seat that can and should be filled by a CONSERVATIVE Republican.

Indeed, this seat was previously held by conservative Republican Assemblywoman Jill Dickman.  So a conservative can absolutely win and hold this seat – providing the candidate isn’t totally mismanaged by incompetent political consultants, which was the unfortunate fate that befell Dickman in 2018.

With this in mind, let’s take a look at the legislative political landscape for the 2020 election cycle.

Between the dueling Ratings of the 2019 Nevada Legislature by the conservative American Conservative Union (ACU) and socialist Battle Born Progress (BBP), it’s fairly easy to tell who the mushy moderate Republican incumbents are and decide which ones warrant a conservative challenge in the 2020 GOP primaries.

Let’s start with the state Senate – which is fairly hopeless.

Republicans have two incumbent seats up that arguably are in play: Sen. Scott Hammond (SD18) in Clark County and Sen. Heidi Gansert (SD15) in Washoe County.  Both are decidedly moderates.

Hammond scored a disappointing 34 on the socialist scale with Battle Born Progress, and Gansert chalked up an even more embarrassing 42.

On the conservative scale by the ACU, Hammond scored a terribly weak 63%, and Gansert did even worse at 60%

These two do NOT have to vote like moderates/liberals in order to hold these seats.  But they do.  So if a high-quality CONSERVATIVE Republican were to challenge them in primaries, the conservative candidate could absolutely hold the seat in the November general election.

Democrats have two incumbent Senate seats in play, both in Clark County.  Senate District 6 is currently held by liberal Senate Majority Leader Nicole Cannizzaro and Senate District 5 is an “open” seat with the incumbent having been forced out by term limits.

Now on to the Assembly…

Assembly Districts 4 and 37 in Clark County were held by conservative Republicans in 2016.  Hapless Assembly caucus “leadership” (thanks to EX-Minority Leader Jim Wheeler-Dealer) lost those seats in 2018.

Both are near even in voter registration.  Need good CONSERVATIVE Republicans nominated for these two seats.

Assembly District 2 in Clark County has about a 1,500 Republican majority.  It’ll be an “open” seat in 2020 thanks to tax-hiking Assemblyman John Hambrick being termed out.  Absolutely must nominate a CONSERVATIVE Republican in the primary.

Incumbent Assembly Republicans who, based on the GOP make-up of their districts and their dismal voting records in the 2019 legislative session, deserve a strong primary challenge by a CONSERVATIVE candidate, including…

AD13 (Clark): Assemblyman Tom Roberts.  Roberts chalked up an abysmal 57% ACU score in a district with over 3,000 more Republicans than Democrats.  He needs to be replaced – especially since he’s maneuvered his way into caucus “leadership.”

AD23 (Clark):  Assemblyman Greg Leavitt.  Leavitt’s lame ACU score was 63% while he enjoys a staggering GOP registration advantage of almost 8,000.  This guy HAS to go.

AD25 (Washoe): Assemblywoman Jill Tolles.  The worst of the worst RINOs (Republican in Name Only).  She consistently votes with the Democrats more often than any other Republican in the entire Legislature (ACU Score: 53% / BBP Score: 50%).

Absolutely unacceptable considering there are some 4,000 more registered Republicans than Democrats in this district.

AD36 has a whopping 9,000+ GOP voter registration advantage.  This district deserves the most CONSERVATIVE Republican representative possible.  Indeed, conservative Assemblyman Dennis Hof won this district in 2018…three weeks after he passed away!

Hafen was appointed by the Nye County Commission to fill Hof’s seat last December.  He went on to rack up an 80% ACU score – barely reaching the Reagan threshold of “ally.”  But considering the make-up of this district, he should have been well into the 90’s.

On the other hand, his voting record WAS better than the previous incumbent, Assemblyman James “The Big Selloutski” Oscarson.  So I’m undecided on this race at this time, but would absolutely be open to a strong primary challenger.

This district has 2,500 more Republicans than Democrats.  It deserves a CONSERVATIVE representative.  And while Edwards eked out an 83% score in the 2019 session, he only got 73% in the 2017 session.

He’s NOT a conservative.  He’s also a weasel.

Recall that Edwards sold out his conservative colleagues in 2015 by switching sides and aligning with the tax-hiking moderates at the beginning of the session – who subsequently ousted conservatives from all leadership positions and went on to stick us with the largest tax hike in state history.

He also “wore a wire” after filing a BS “extortion” allegation against a number of his conservative colleagues and enjoys the dubious distinction of having found a way to vote for the monster 2015 tax hike before voting against it.

This weasel must go.

With the exception of Edwards, none of this is personal.  It’s business.

I hear some people say about the mushy-moderates that they’re nice people.  Easy to work with.  Friendly.  Hard workers.  Blah, blah, blah.

It matters not to me if the person voting to raise taxes, grow government and restrict individual liberties is a nice, easy-going, friendly, hard worker.

If they’re voting badly and representing a district where voting like a Democrat isn’t arguably necessary to hold the seat, I’m going to look for opportunities to trade up.

P.S.  I keep hearing – mostly from a certain liberal “fake news” blogger, in between rattling his tin cup for donations – that the 2018 election catastrophe for Republicans was because of conservative Adam Laxalt’s run for governor.

What a load of crappola.

The anvil that dragged the GOP down was Sen. Dean “Never Trump” Heller.

Laxalt was a challenger for an “open” seat.  Heller was an incumbent U.S. senator with a bucket-loads of DC cash coming out his wazoo.

Disgust by Republican voters over Heller’s “bi-partisan” time in office – including his Olympic-level flip-flopping on ObamaCare repeal – hurt GOP candidates up and down the ballot.

Common thread: Both Heller and Sandoval were clients of RINO-whisperer consultant Mike Slanker.

Throw in Nevada GOP Chairman Mike McDonald – who essentially turned the party over to Slanker for the election cycle – and you have your Four Horsemen of the GOP Apocalypse in 2018.

Don’t let anyone try to tell you otherwise.