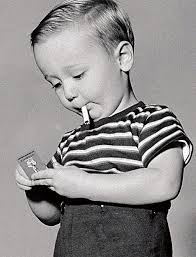 I kid you not.

So our nation’s defense and the futures of pre-schoolers everywhere depend on keeping Americans hooked on tobacco products? Why didn’t someone think of this before?

Geraci told the Alamogordo Daily newspaper that many kids today are rejected by the military because they are so poorly educated. As such, he backs the Obama plan to expand pre-K programs by almost doubling the tax on tobacco products – as if that will somehow magically fix the wretched failure of so many of our government schools.

Believe it or not, the scheme is actually worse than it seems – and bet your bippy it will come before Nevada legislators in the 2015 session. If they had any sense, they’d reject it out of hand.

If they had any sense.

So I guess we better start the opposition rolling now.

As outlined in President Obama’s State of the Union address last year, the federal pre-K expansion program is expected to cost in the neighborhood of $75 billion…which means it’s more likely to come in well over $100 billion.

To pay for it, the federal excise tax on cigarettes would be hiked to around $1.95 a pack. And that – as Nevadans should know all too well from our experience with tobacco money and the Guinn Millennium Scholarships – will result in smokers quitting or buying on the black market.

Either way, the amount of money the feds predict will be raised from this proposed tax hike won’t be stable or sustainable. Which brings us to the worst part of the scheme…

In the beginning Uncle Sam will cough up 90 percent of the funding – the same sales pitch used to fool Gov. Brian Sandoval into expanding Medicaid. But by the end of the ten-year period of the proposal, Nevadans will be paying $3 for every $1 it gets from DC.

And guess what? Once a highly popular program such as pre-school education gains root, it’s not going anywhere.

Which means once the tobacco money from the feds dries up, all of Nevada’s taxpayers are going to end up footing the bill, not just Nevada’s smokers – as with the Guinn Millennium Scholarships, which weren’t supposed to ever cost taxpayers a dime but which sucked $5 million out of the current budget.

Look, if pre-K education is so critical to national security, then everyone should pitch in to pay for it, not just smokers. And if Obama wants it, he shouldn’t leave Nevadans holding the bag. We have enough big government as it is.