Now Where I Put Those Ark Blueprints?

(Chuck Muth) – When the monsoon unleashed its torrent on the east side of Las Vegas on Friday, my home-office in the small casita behind my house got flooded.  I frantically tried sweeping away the water as it continued to rise up to the door, but no joy.

Still, we didn’t get hit as badly as our neighbors up the street.  The ensuing flash flood, debris and mud blocked off our road and took out both a full driveway and a cinder-block wall.

As the waters receded, a bunch of neighbors showed up with brooms and shovels to clear the road and mop up the damage.  This is NOT what I signed up for when I moved to the supposedly DRY Las Vegas desert… 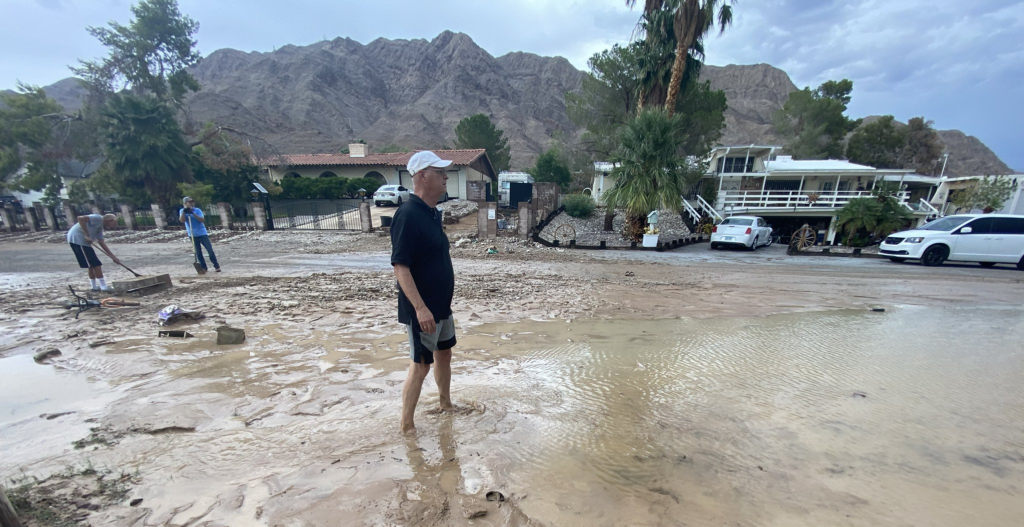 On the other hand, a few hours later we were treated to this wonderful double-rainbow over Frenchman Mountain after the clouds parted… 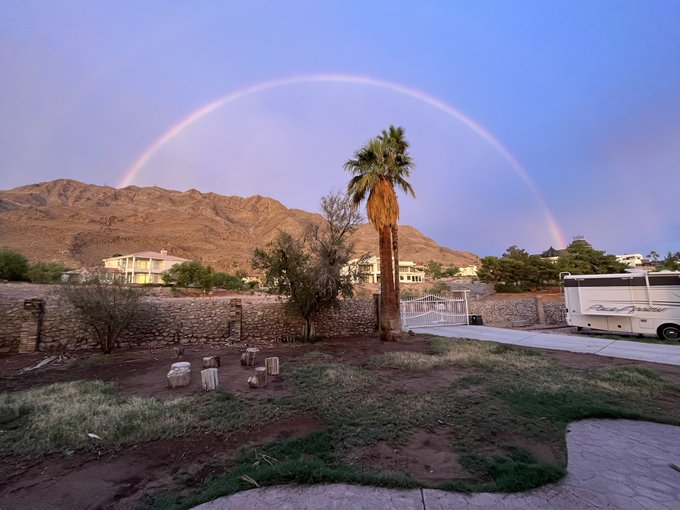 The end-of-the-rainbow on the left isn’t where you’ll find a pot of gold.  It is, however, the exact location of the peak we’ve been trying to name “Mount Reagan” – an honor for the late president that’s been blocked in Congress by Democrat Rep. Dina Titus (a woman weened on a dill pickle).

Maybe we’ll have a shot after Mark Robertson beats Miss “I’m Not Happy” in November.

* The Douglas County Republican Central Committee has unanimously voted to expel Danny and Amy Tarkanian from the governing body over the couple’s public endorsements of a number of Democrats in the upcoming November election.  Click here for details.

* District Judge James Wilson kicked out the election challenge lawsuit filed by unsuccessful gubernatorial candidate Joey Gilbert.  Gilbert intends to appeal.  He shouldn’t.  He just looks like a sore loser now, is seriously harming what should have been a bright political future, and is jeopardizing the GOP’s chances to oust Gov. Steve Sisolak in November.

* Speaking of Sisolak, his DMV announced this week that it will no longer service Nevada’s taxpaying drivers at its offices unless you make an appointment – which generally takes WEEKS to schedule.  This guy’s gotta go! 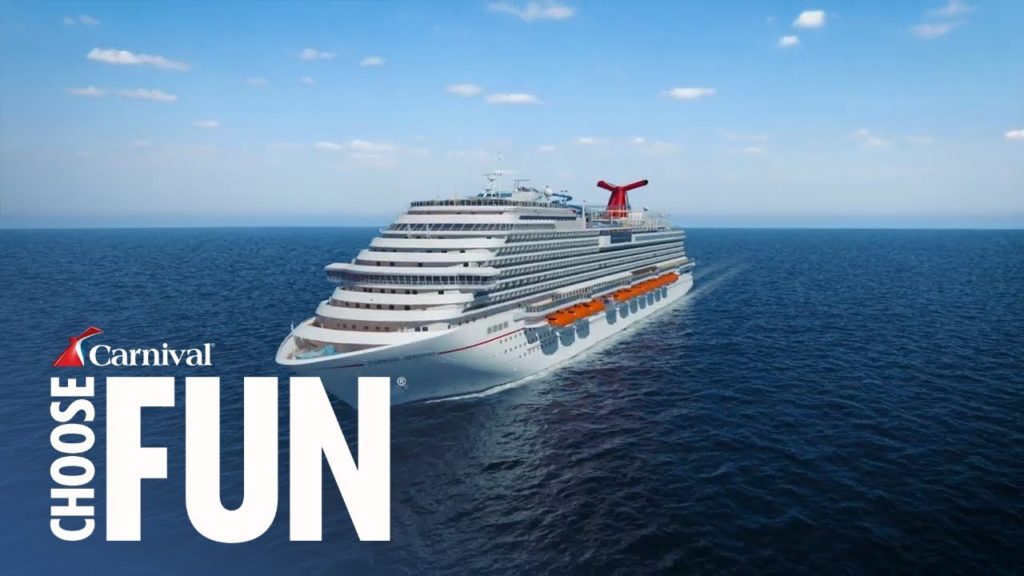 “Unvaccinated guests are welcome to sail and are no longer required to apply for a vaccine exemption,” Carnival announced on Friday.  “Unvaccinated guests or those who do not provide proof of vaccination must present the results of a negative PCR or antigen test taken within 3 days of embarkation.”

The dates are November 12-19, 2022…just four days after the predicted “red wave” washes away Democrat control of Congress.  So we’ll have LOTS to celebrate!

And don’t forget, we’ll be sailing on the almost-brand-spanking-new Carnival Panorama out of Long Beach, CA.

Thanks to the aspiring political writers who attended my “Killer Copywriters” lunch workshop on Thursday at the Ahern Hotel in Las Vegas.

“This was my first class with Chuck,” added Patricia Brinkley.  “Very informative!”

I’ve already received and have posted some new content from new writers on Nevada News & Views.   And I’ll continue to help new writers get their “sea legs” via email updates, along with story ideas.

If you were unable to make the class but would still be interested in doing a little political writing, shoot an email to chuck@campaigndoctor.com and I’ll add you to the contact list.

“You could tax every American at 100% and Democrats would still want them higher.  They have an insatiable thirst for government spending and there is NO amount that will ever be enough for them.” – Rep. Lauren Boebert (R-CO)