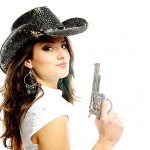 I’m sure it’s politically incorrect and not very sensitive to cheer the death of a fellow human being, but there are exceptions to every rule.

Jhalon Glass, at his tender young age of 18, “had several run-ins with local law enforcement” in Las Vegas, according to the Las Vegas Review-Journal, including “a criminal history as an adult for crimes including burglary, robbery, possession of a firearm and marijuana possession.”

On Wednesday morning, Glass attempted to rob a pawnshop. There were customers in the store, but no police officers were present to thwart the robbery attempt.

Instead, a shoot-out occurred between Glass and a store employee who was armed for self-defense. After the smoke cleared, Glass reached the condition of zero respiration. As such, no costly trial or taxpayer-funded incarceration. And no possibility that some day the dirt bag would be released from detention to continue his criminal enterprises.

All in all, a good day for the good guys, the community as a whole and the Second Amendment!