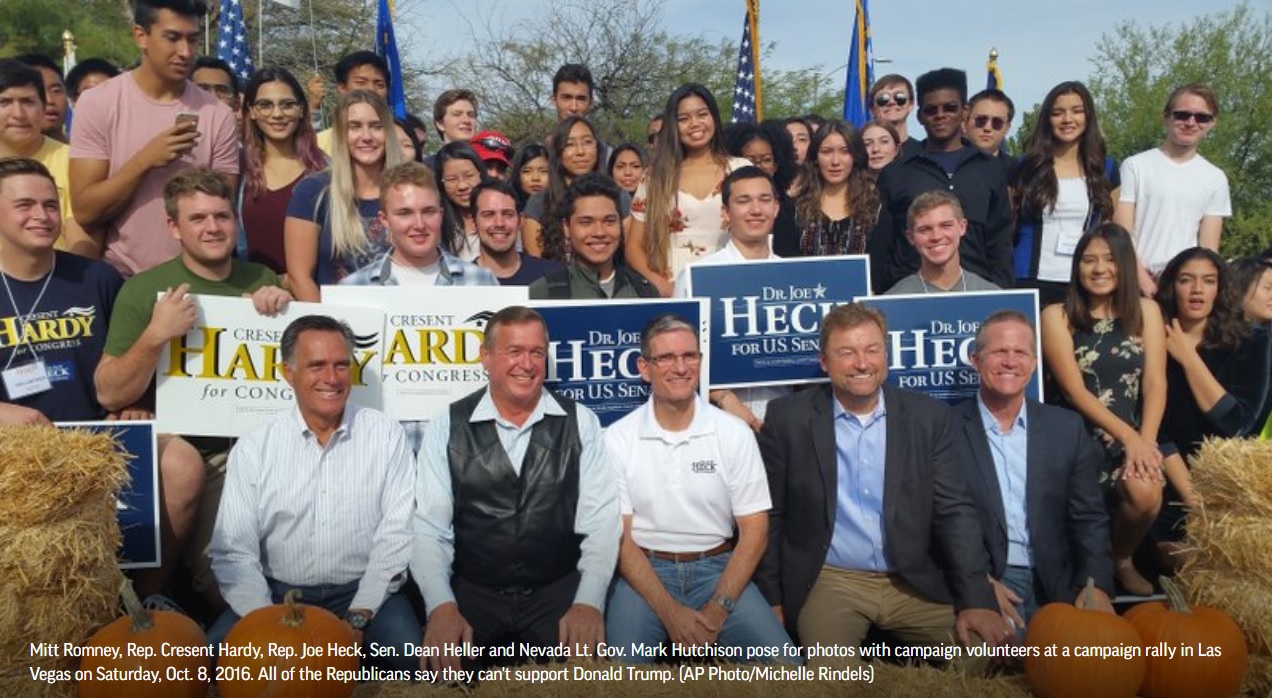 The infamous “Access Hollywood” tape was released in a last-ditch effort to derail Donald Trump’s glorious and historic ride to the White House.

Remember how “Never Trumper” Mitt Romney then sashayed into Nevada and led a rally announcing he, along with a number of elected Nevada Republicans, were withdrawing their support for Trump – a decision that infuriated the GOP base?

Of course, Heck and Hardy lost.  As did Heller last year when he was next on the ballot.  Brilliant “strategery” that.

Now, notice who wasn’t on the list of Never Trump wobbling Weebles…

Indeed, Amodei not only didn’t “go wobbly” when the going got tough, he continued serving as the president’s Campaign Chairman in Nevada despite tremendous pressure to “follow the crowd” and toss Trump under the bus like they did.

Yet the folks running the Trump campaign in Nevada – including the aforementioned consulting geniuses Slanker, Schipper and Hughes (see separate post), who were employed at the time of the Romney rally by Heller and Sandoval – decided to throw Amodei under the bus.

Didn’t even include him as a co-chairman.

Didn’t even extend him the courtesy of a phone call to advise of the decision.

Making matters worse, of the three co-chairs named by the campaign for Nevada in 2020, NOT ONE is from Clark County – you know, where almost 3/4 of the state’s population lives.

The truth is, Donald Trump should win Nevada next year.  If he doesn’t, you’ll know who to blame.  The Three Stooges of Nevada GOP politics: Slanker, Schipper & Hughes.

“Of course Heck can win this race and he’s going to win this race.” – FORMER Sen. Dean Heller, Associated Press, 10/8/16