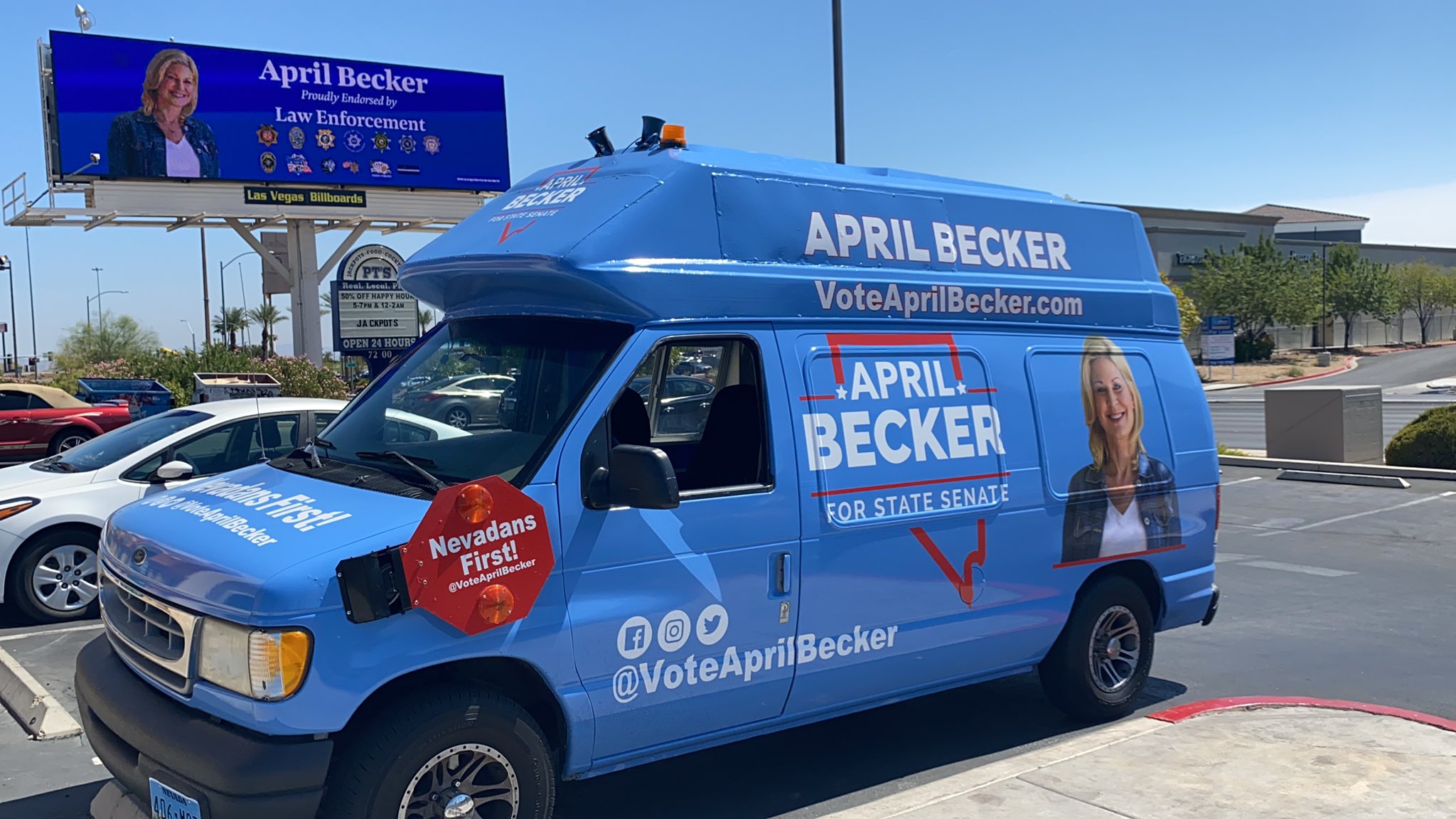 In their world, the most important thing about a candidate is their race, gender or sexual orientation – not whether they’re experienced or qualified for the office they’re running for.

This has been particularly true recently in Nevada when it comes to women.  The left and their “amen corner” in the mainstream media love pointing out that…

We even have a woman governor!

I know, I know.  Technically, Steve Sisolak is the governor.  But everybody knows his chief-of-stuff, Michelle White, is the woman who’s really running the state (into the ground).

Oh, and all three of Gov. Sisolak-White’s DETR directors, plus the new DETR czar, are women.

And how’s that worked out for us?

Well, our economy is in the toilet.  We have the highest unemployment rate in the country.  We’re dead last in education.  Skyrocketing crime.  The budget has exploded.  Taxes have gone up.  Businesses have gone under.  Classrooms are closed.  Churches are closed.  Showrooms and conventions are closed.

At the risk of seeming insensitive (as if I care), many of the women now holding elected office in Nevada are left-wing, incompetent boobs (no pun intended) (OK, pun intended) lacking in private sector experience and actual accomplishments.

So the objective on November 3rd shouldn’t be to simply elect MORE women, but BETTER ones.  I have seven for your consideration… 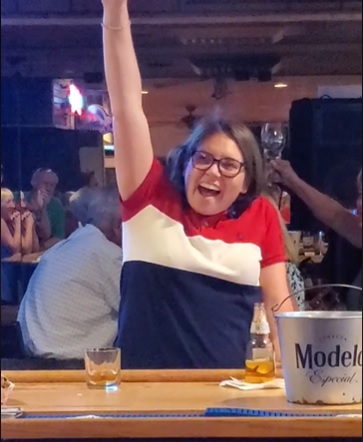 Let’s start with the requisite disclaimer that Annie’s one of my clients.  Despite that handicap, she crushed a three-term incumbent in her GOP primary race for the State Assembly in June by a whopping margin of 61-39%.

Annie’s a mom, a successful small businesswoman and a solid, unapologetic conservative who’s dogged Gov. Sisolak-White since the St. Patrick’s Day Massacre back in March when he/she shut the state down and destroyed our economy.

As no other candidates filed to run in this race, Annie will be elected on November 3rd as long as she can somehow squeeze out one vote.  Something tells me that won’t be a problem. 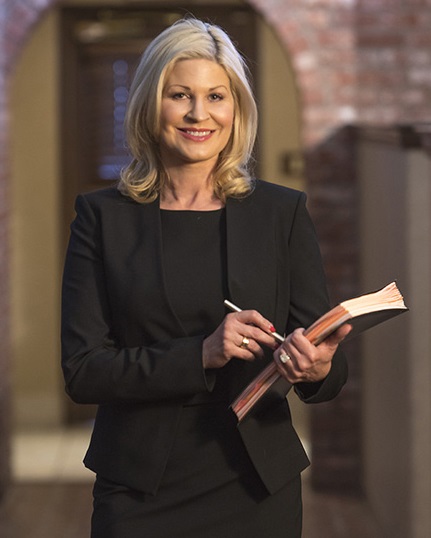 I’ve developed a particular admiration and respect for April.

In her “spare” time, April’s the married mother of three.

And as a candidate, she’s not stale, dull and boring.  She embraced what I teach candidates about “arriving unlike everybody else” by converting a neighborhood ice cream truck into a campaign vehicle.

Her opponent, Senate Majority Leader Nicole Cannizzaro, got her leadership position by accident after her predecessor was forced out of office because he was going to prison for campaign finance violations.

But CanniBizarro picked right up where he left off; getting caught a couple months ago cranking up the money laundering machine as detailed in this Riley Snyder report.

CanniBizarro is also a lawyer, but she’s a double-dipping government employee in the district attorney’s office.  This puts her in the seriously conflicted position of enforcing the very laws she votes on.

The district leans Democrat but the seat has been held by a Republican in the recent past.  And CanniBizarro only won in 2016 by less than 2%.

If voters are looking for an impressive woman of actual accomplishment over a woman of political affirmative action, shady ethics and privilege, April Becker’s the hands down choice. 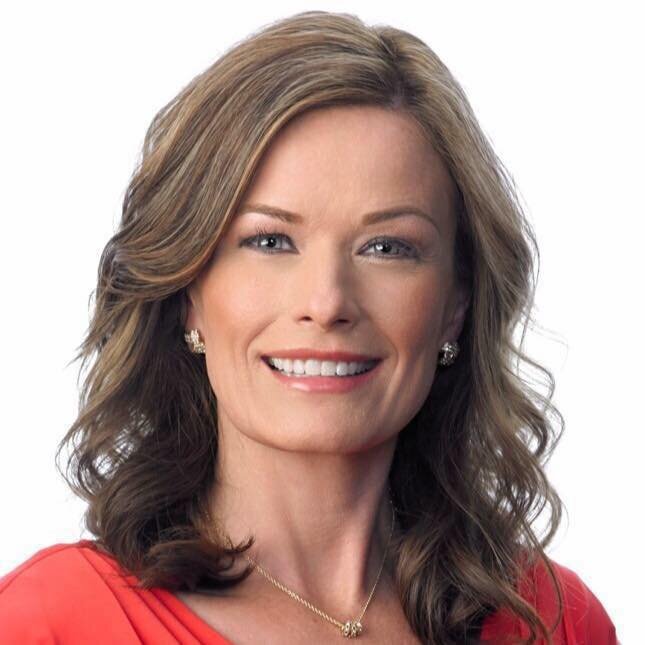 Carrie Buck is a mid-Western gal who is one of, if not THE most successful public educator in Nevada.

She moved to Las Vegas after graduating from college.  Started out as a classroom teacher, specializing in teaching kids for whom English is their second language.  She was so good at it that she began teaching other teachers how to do it.

Shortly thereafter, she was promoted to principal of a failing elementary school in Henderson.

Her stunning success at turning the school around in a very short time earned her a Milken Award for her “excellence in the world of education.”  And in 2013 she was inducted into Clark County’s “Excellence in Education Hall of Fame.”

Never one to rest on her laurels, Carrie then took over the struggling Pinecrest Academy charter school in Henderson and again turned it around in short order.

Five years later, she had grown Pinecrest from one school into a four-site/eight-school network teaching over 4,600 students (with 3,500 on the waiting list) and a $35 million operating budget.

There simply is NO ONE in the state with a better track record of success in our otherwise failing public school system.

Carrie is currently the President of the Pinecrest Foundation.  She’s married to a captain in the Henderson Police Department as has four sons.  Her eldest is currently serving as a Green Beret at Ft. Bragg.

Her opponent, Kristee Watson, is a “carpet-bagger” who only moved into the district after losing a state Assembly race in 2018.  She’s a liberal activist in the gun-grabber movement and the extent of her experience in education appears to be as a member of the PTA.

Carrie ran against the incumbent senator for this district in 2016 and lost by only 469 votes out of almost 55,000 cast…so this is absolutely a winnable seat for the GOP.  And Carrie is absolutely a woman of true, impressive achievement in her chosen field.

This one’s a no-brainer: Carrie Buck for the win. 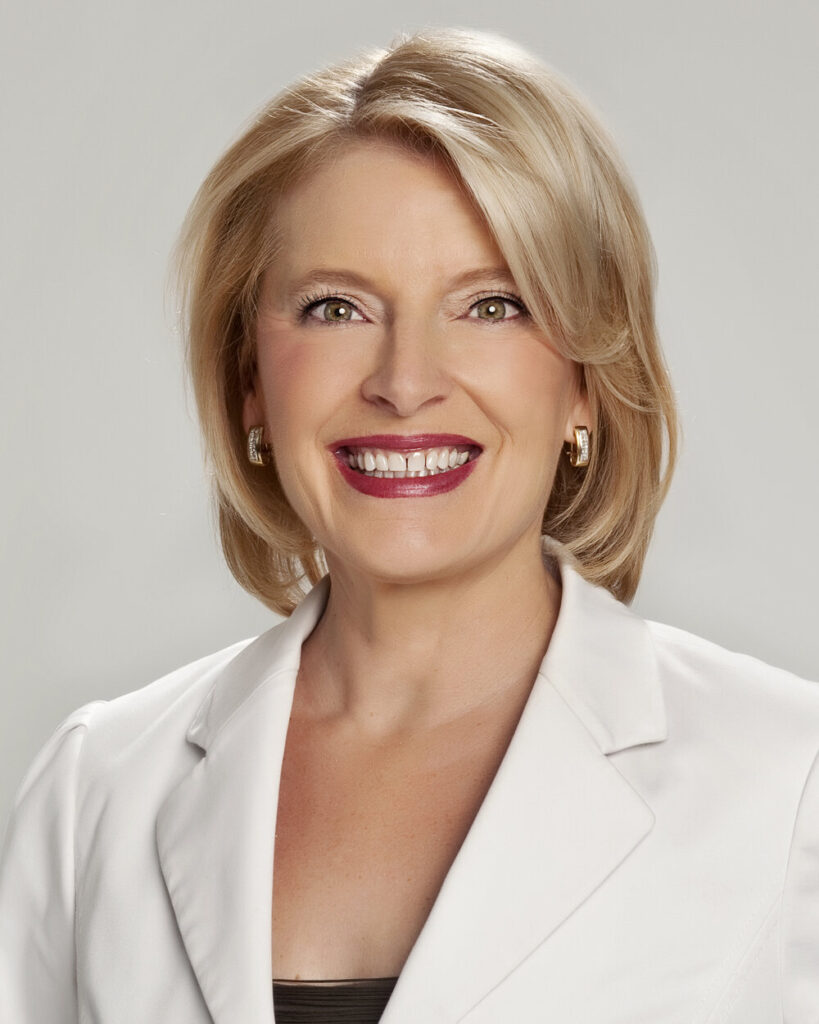 Heidi (pronounced hay-dee) Kasama made her bones in the real estate industry.  But she doesn’t just sell houses.

Heidi is a professional Certified Public Accountant who also started and operated her own real estate brokerage firm of approximately 80 agents.  She later merged her company with Prudential and continues to manage the operation of approximately 230 agents.

Talk about a woman of drive with an impressive record of true achievement!

Heidi is married and the couple have five children between them.

Her opponent, Radhika Kunnel – who thinks its cute and clever to refer to herself as “RPK” – is a liberal university associate professor who’s been endorsed by a Who’s Who list of leading left-wing Democrats, starting with Harry Reid.

The seat is currently held by the last remaining Assembly GOP sell-out who voted for the largest tax hike in state history in 2015.  Heidi, on the other hand, has signed the Taxpayer Protection Pledge.

So this is not only a winnable seat but an opportunity to elect an actual conservative Republican. 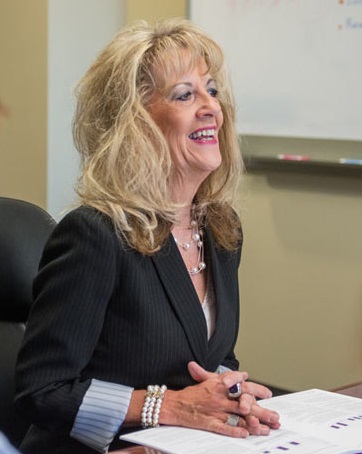 Jill is an absolute jewel who I’ve known for almost 20 years.

She served in the disastrous 2015 legislative session but chalked up an impressive 94% rating from the American Conservative Union (ACU).  And unlike a dirty dozen of her GOP colleagues, Jill stuck to her guns and defied her caucus leadership by voting AGAINST the largest tax hike in state history.

Jill’s grandparents emigrated to the United States – LEGALLY – from Russia shortly after the Bolshevik Revolution.  She’s a lifelong conservative Republican with an impressive record of grassroots involvement and activism over many, many years.

Jill and her husband are entrepreneurs who own a manufacturing business in Sparks (just outside Reno).  She’s also a professional musician (harp) and hard-core dog lover.

Her opponent, incumbent Assemblyman Skip Daly, is an old-school union boss with a pretty bad temper and an average ACU rating of just 13% over four terms in office.

Hobbled by the shameful sell-out by her Republican colleagues on that tax vote in 2015, Jill lost her re-election bid…by just 38 votes out of over 31,000 cast.  This is the only Assembly district in the state with a Republican voter registration advantage and a Democrat incumbent.

This seat is primed for a GOP pickup. Bring back Jill! 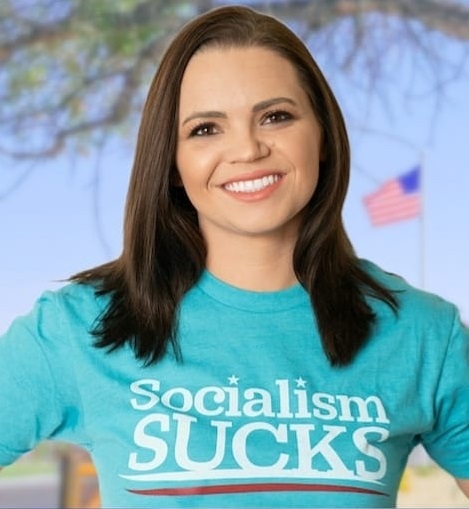 The only thing more dysfunctional and incompetent than the Sisolak administration is the Clark County school board, which oversees the absolute worst public-school system in the nation.

At 17, Katie joined the National Guard and served in Afghanistan as a driver and substitute gunner.  Since then she’s continued her service as a recruiter for the Nevada Army National Guard.

In 2016 she bought a CrossFit gym that focused on elder rehabilitation and helping students who were involved in school sports.  Her husband is a paramedic, and the couple have a 4-year-old daughter.

In 2019 Katie was stripped of her Ms. Nevada crown over her outspoken conservative views, including her support for President Trump.

Her opponent is a union boss who makes his living off the dues paid by working stiffs – so you know where his loyalties lie and what he’d do on the board.

Katie came in first place in an 8-candidate field in the June primary.  She and Proffitt will now go head-to-head in the general election run-off.

As the saying goes, a journey of a thousand miles begins with a single step.  For the journey to fix public education in Nevada, electing Katie Williams to the Clark County school board would be a huge first step. 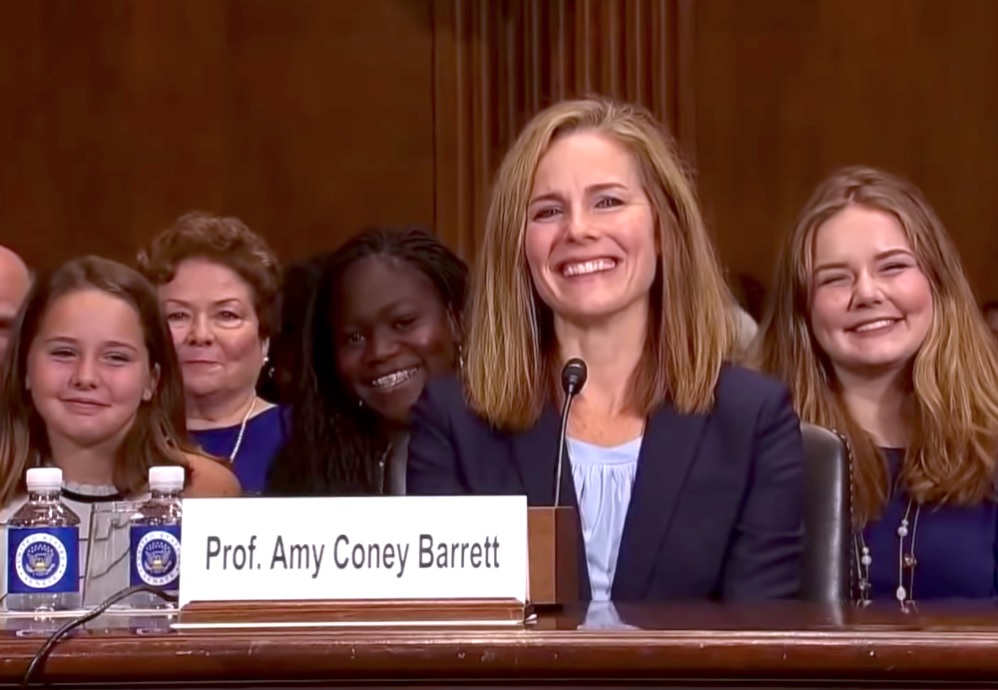 OK, technically she isn’t a Nevadan. And technically, she’s not on the ballot in November.

But as President Trump’s nominee to fill the vacancy on the United States Supreme Court she’ll have to win her seat in a Senate confirmation vote and, once confirmed, will have a serious impact on the futures of all Nevadans.

The “Notorious ACB” currently sits on the 7th Circuit Court of Appeals after being nominated by President Trump in 2017 and confirmed by a rare bipartisan vote in the U.S. Senate.

She and her husband have seven children – including two orphans adopted from Haiti after the devastating earthquake there.  Their youngest is a special needs child.

ACB graduated at the top of her class from Notre Dame and has since served as a law professor there.  She’s a former law clerk for late Supreme Court Justice Antonin Scalia and shares his originalist judicial philosophy.

She’s also a devout Catholic who was slimed with religious prejudice in her previous confirmation hearing by liberal Democrat Sen. Diane Feinstein who famously accused: “The dogma lives loudly within you.”

With ACB’s confirmation, the Supreme Court will move to a 6-3 conservative majority on most controversial issues, and a 5-4 conservative majority when Chief Justice John Roberts wanders off the reservation – as he did in ruling against forcing Gov. Sisolak-White to reopen Nevada’s churches during the CHINA-19 shutdown.