Nevadans Should Be “Ashamed” of this “Abomination” of a Contract 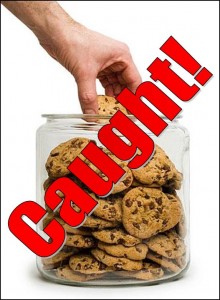 Heck, he’s even dried up the money necessary for the Nuclear Regulatory Commission to review the licensing application so that we can all decide, objectively and factually, whether Yucca Mountain is a suitable location for such a repository based on, you know, actual science rather than political rhetoric and demagoguery.

So with Yucca Mountain deader than an armadillo in the middle of a Texas highway – and with Nevada’s budget supposedly in dire financial shape – would someone please explain why we still need the Agency for Nuclear Projects (ANP), the mission of which is to do what Harry Reid has already done.

Well, according to the current ANP chief, Bob Halstead, despite the fact that Yucca is dead, dead, dead, there are dark forces conspiring to pull a Lazarus and raise it from its grave. Which still doesn’t answer the question as to why Nevada taxpayers need to fund ANP since we have Harry Reid in the Senate to stop any such resurrection efforts.

Nor does it answer the question as to why the Nevada Board of Examiners recently approved a $50,000 one-year contract for Joe Strolin – a former ANP employee – to “consult” with the unnecessary agency that already has full-time government employees who are in charge of doing what Harry Reid has already done.

Most of you probably have no idea who Joe Strolin is. Let me remind you. He was once second banana to former ANP director Bob Loux. And Loux, you may recall, secretly conspired with Stolin and other ANP staffers to give themselves juicy pay raises without permission back in 2008 when all other state workers saw their pay frozen.

And after Loux got caught with his mitts in the cookie jar, it was Strolin who berated the media and Nevada citizens for going after his boss. He said we all should be “ashamed” of ourselves, and characterized efforts to punish his former boss for malfeasance in office an “abomination.”

No, the true “abomination” is giving this former government employee – who was part of a taxpayer rip-off which, by the way, our Attorney General STILL hasn’t finished investigating after three long years – a fat $50,000 consulting contract to work with his former agency to do what no longer needs to be done. The folks who really should be “ashamed” are the Board of Examiners who approved this contract.

You know, it looks like it’s gonna be harder to kill the Agency for Nuclear Projects than it was to kill Yucca Mountain!