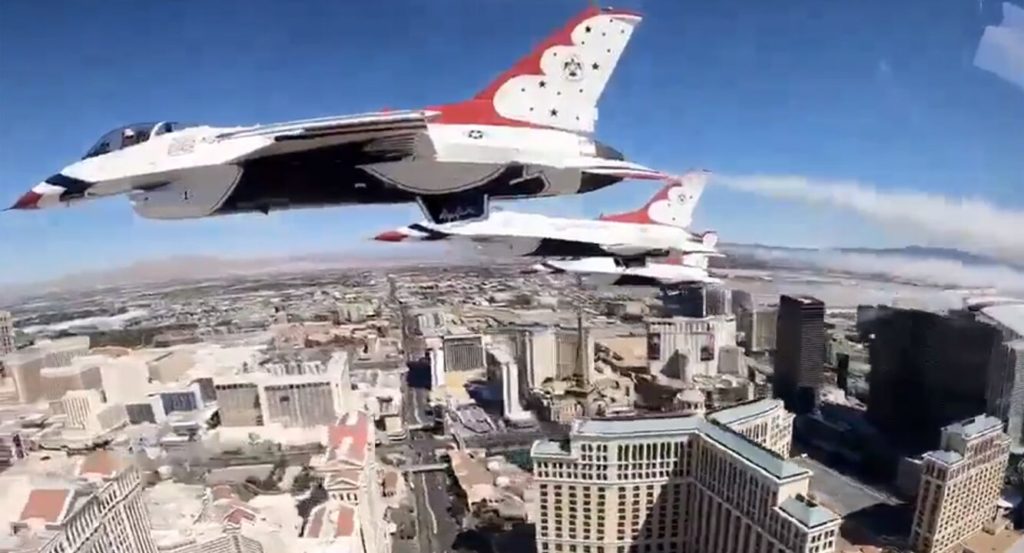 It really started to take root on Saturday, when one of the most impressive and powerful symbols of freedom – the USAF’s Thunderbirds – did a Las Vegas flyover that brought people, not just out of their houses, but to crowded parks and parking lots throughout the southern Nevada valley.

Some of us – far too few, granted – have raised concerns about Nevada Gov. Steve Sisolak’s statewide shutdown order – filled with ever-changing rules, exceptions and contradictions – almost since Day One.

But his irrational over-reaction in banning drive-up church services on the holiest day of the year for Christians, along with his ban on family Easter dinners (“This isn’t the time to have an Easter dinner of 23 people in your immediate family”), was a bridge too far.

“Scores of cars filled a portion of the International Church of Las Vegas parking lot on Sunday morning as part of a drive-in Easter service,” reported Black Apgar of the Las Vegas Review-Journal on Monday. 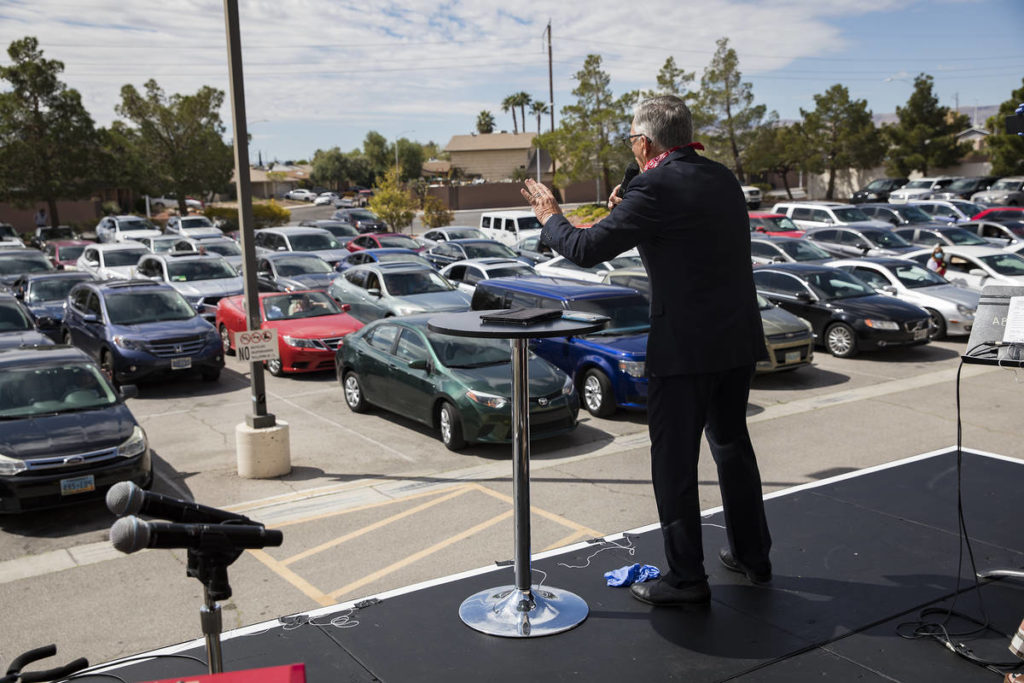 Thanks to the intervention of Las Vegas City Councilwoman Victoria Seaman, the city attorney allowed the service to go on “as long as people stayed in their cars and items were not passed out.”

The group also had the blessing of Clark County Sheriff Joe Lombardo, who told the RJ that he “saw the ability to blend social distancing with the ability to abide by the parameters set forth by the governor.”

Finally, some clear, level-headed, common sense decision-making from some outside Little Caesar’s limited inner circle.  But that raises a very good question…

If those who conducted the worship service were given the green light, providing they followed the parameters of the governor’s shutdown order, then why can’t various retail stores re-open providing THEY conform to the same parameters established for grocery, pharmacy and convenience stores, hmm?

Meanwhile, Alex Chhith of the Las Vegas Review-Journal reported separately on a car caravan of over a hundred people who drove down the Las Vegas Strip to protest the #SisolakShutdown. 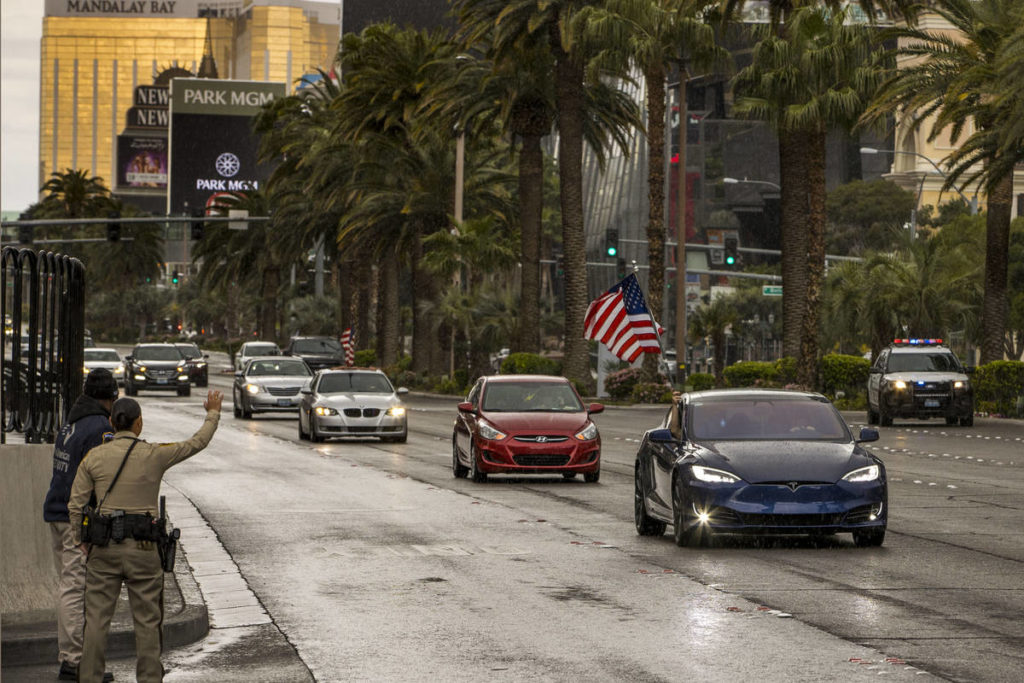 “(P)articipants said they were protesting the (church) ban because it included drive-up religious services,” Chhith wrote.  “Some said they showed up because they also felt stay-at-home orders have been in place for too long.”

That would include yours truly, who joined the protest and took the opportunity to commit “an act of responsible civil disobedience.”

“I think the governor has overreached (in) a lot of his edicts that he’s issued,” Muth said. “And I think it’s time for people to stand up and say, ‘Wait a minute, you’ve gone too far, and we’re not gonna take it anymore.’”

“A group of about two dozen Northern Nevadans spent their Easter Sunday afternoon hopping from one Walmart parking lot to the next in protest,” reported Jenny Kane of the Reno Gazette-Journal on Monday.

“The protesters, who were from a variety of religious and conservative groups, gathered Sunday at two Walmart parking lots in Reno and traveled south to Carson City,” Kane continued.  “In a loosely organized caravan, the protesters flashed their lights and waved American flags from their vehicles along the way, and parked near the back of the lots.”

“We’re all just citizens and taxpayers,” said Jeff Church, one of the protesters.

Thanks to his non-sensical, irrational, authoritarian over-reach, with no end in sight, hundreds of citizens and taxpayers – maybe thousands if you add up those who defied his order against family Easter dinners – flipped off the governor on Sunday.

Nevadans, with or without the governor, are starting to reopen our state – safely and responsibly.

The Freedom Virus has now been unleashed.  It’s spreading.  You can’t stop it.  Catch it!