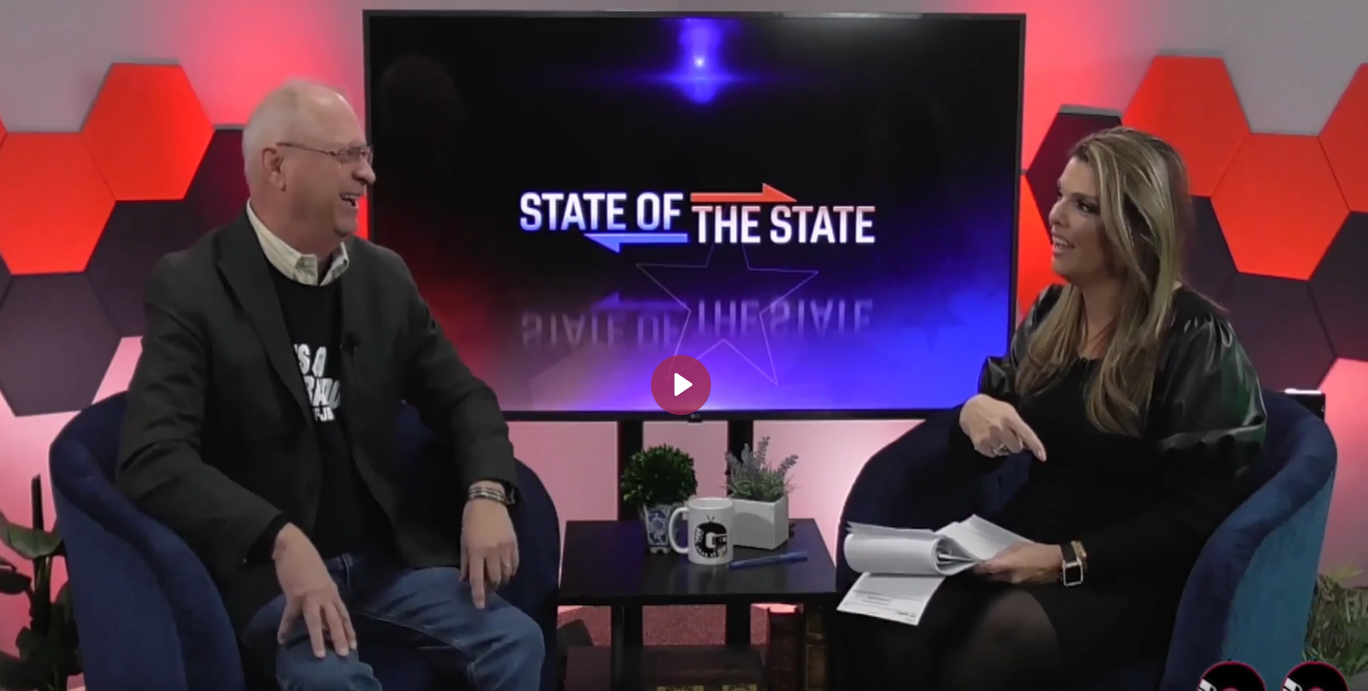 (Chuck Muth) – Remember what email did to the Post Office’s snail-mail?  Well, the same thing is happening now to mainstream news programming with the rise of independent streaming podcasts.

And a pioneer of using the new technology is former television news personality Michelle Mortensen.  Her State of the State podcast covering Nevada politics, especially from the “right” side of the aisle, is “must-see TV.”

I first met Michelle when she was running for Congress as a first-time candidate back in 2017.  In fact, here’s a shot of us with ol’ St. Nick, who witnessed her signing the Taxpayer Protection Pledge… 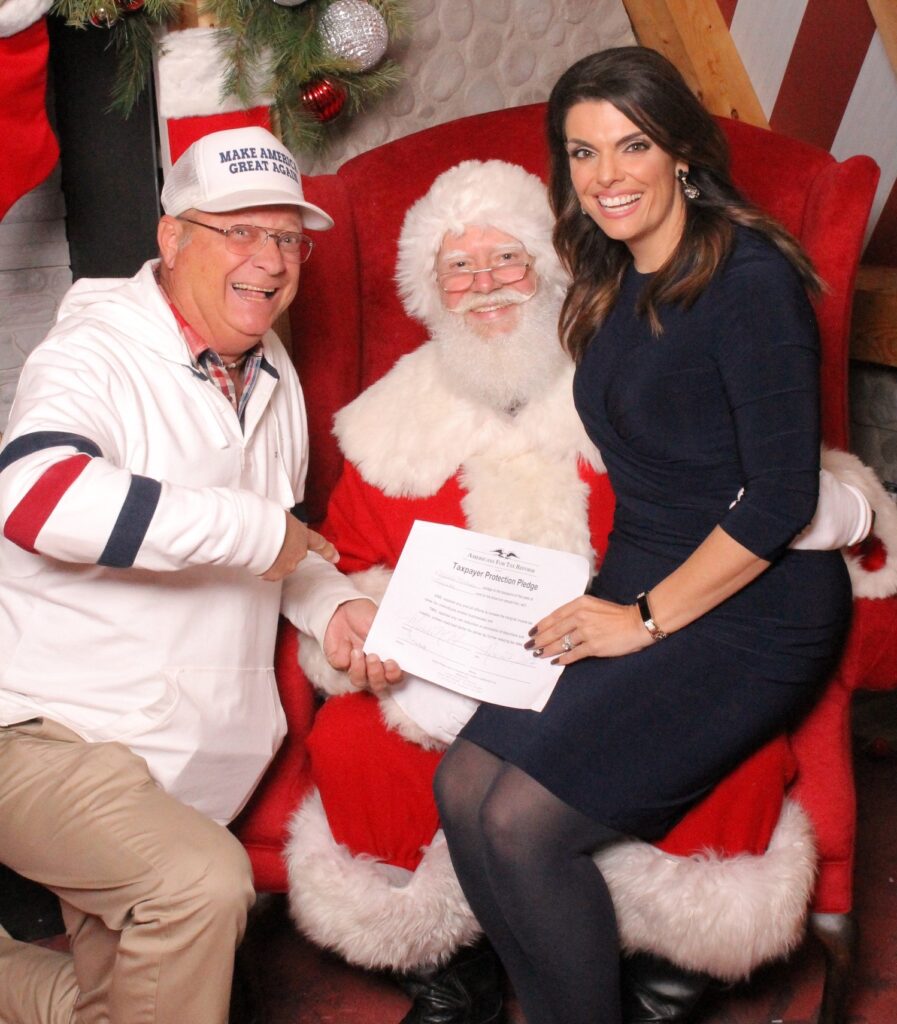 Since that time, we’ve been both political allies and political adversaries in various races…but never enemies.  As it should be.

And it was a true pleasure being invited on as a guest of her podcast this week, where we talked extensively about Nevada’s gubernatorial, U.S. Senate and all four of the state’s congressional races.

A lively and fun interview – and I thank Michelle for having me on.  But don’t touch that dial!

After Michelle and I solved all the problems in the world, she interviewed Capt. Sam Brown and Assembly candidate Charlie De La Paz.

As I wrote on Sunday, Sigal “Beth Dutton” Chattah, Republican candidate for Nevada attorney general, has caused Democrat and trans-Republican snowflakes to melt down and shed liberal tears over her use of the phrase “hang ‘em from a crane” when referring to antagonists and opponents.

So out of respect for their tender widdle feelings, I understand she plans to avoid that phrase in the future and will now only call for them to be “taken to the train station.”

If you don’t understand the reference, you haven’t been watching “Yellowstone.”  You should.  It’s GREAT.  Lots of “toxic masculinity”!

In politics, there’s spin…and then there’s bad spin.  Here’s an example of the latter.

“Now, less than 10 months away from Election Day I find myself only 1 point away from facing off with Joe Lombardo according to a poll by Nevada Independent/OH Predictive Insights!”

First, before she can get to the general election “10 months away,” she has to win the GOP nomination in June…just 4 months away.

Secondly, in the referenced poll, primary opponent Heller has just 9 percent of the vote. Fiore has 8 percent.  And Joey Gilbert has 7 percent. So in that context, all three are “tied.”  But it’s even worse than that…

Nevertheless, polls don’t determine who faces off against who in the primary.  Provided all ten so-far-announced candidates file in March, they’ll ALL be on the primary ballot.  Moving up one percentage point does NOT mean Fiore will face off against Lombardo.

Props, however, to both Fiore and Gilbert for signing the Taxpayer Protection Pledge.  Which reminds me…

If you’ve already signed and your name is not on the list, please forward a copy of your signed Pledge to chuck@chuckmuth.com.  If you need a copy of the Pledge to sign, shoot me an email noting what seat you’re running for and I’ll send it to you.

Why did Rob Lauer return the jigsaw puzzle he bought at WalMart?

He thought it was broken.

“Eating bat-sh*t soup in the bathroom of a secret coronavirus lab in Wuhan China – now has a higher approval rating than Joe Biden.” – @caturd

“The U.S. bobsled team has renamed their sled ‘Biden’ because nothing has taken America downhill faster.” – Author unknown