Mr. Santorum, You’re 15 Minutes Are Up 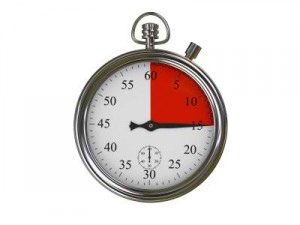 I’ve never been able to get past the fact that Rick Santorum, as a U.S. senator, not only endorsed liberal Republican Sen. Snarlin’ Arlen Specter over conservative Rep. Pat Toomey in that 2004 U.S. Senate race in Pennsylvania, but actively and enthusiastically campaigned for him. And yet Santorum has the cheek to now claim he’s the only principled conservative in this presidential race?

His entire campaign has consisted of incessantly ankle-biting each and every one of his fellow GOP opponents while delusionally suggesting he’s the most electable despite the fact that when he last ran for re-election in 2006, he lost by a whopping 17 points.

And then there was Thursday night’s debate in which Santorum tried to explain his vote against a national right-to-work law that would have freed millions of American workers from the clutches of anti-Republican/anti-conservative union bosses in states currently suffering under forced unionism.

Santorum says he simply voted the way the people of his state wanted him to vote – but if elected president…well, now he’d support such a law. So he was against right-to-work before he was for it? So much for principled conservatism.

To demonstrate just how absurd this defense of the indefensible is, to follow Santorum’s “logic” to its natural conclusion, if the citizens of his state supported taxpayer-funded abortions on demand right up to the time of delivery, Santorum would vote for a national bill to do the same thing as a U.S. senator, but would oppose it as president.

Let’s face it: Santorum’s win in Iowa was a fluke. Perfect storm. Right place, right time. And he over-performed in New Hampshire entirely because of the bounce he got from the Iowa fluke (still lost). But anyone not drinking the Kool-Aid knows he can’t win the GOP nomination – especially after his pitiful performance in South Carolina, a stronghold of social conservatives who are supposed to be his base of support.

Indeed, if I read the exit polling correctly, I believe that self-described evangelical voters went with Gingrich over Santorum by a 2-1 margin in South Carolina. That means it’s the evangelical “establishment” that’s supporting Santorum, not evangelicals themselves.

(Disclaimer: I’m a paid adviser to Winning Our Future PAC)