More About “The Ogre of the Badlands” 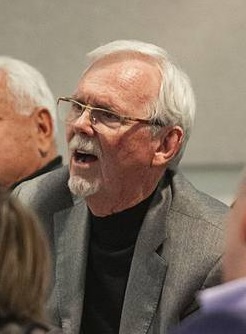 (Chuck Muth) – As noted in a recent Muth’s Truths column, the torch-and-pitchfork blood feud between the City of Las Vegas and a group of home owners in the tony gated community of Queensridge is being stoked constantly by a high-powered local attorney/ogre named Frank Schreck, a.k.a., “Shrek” for short.

Although well-known by political insiders in the Las Vegas community, many Queensridge residents don’t know much about the man they’ve unofficially anointed as their spokesperson and potential savior of their Badlands golf course views.

Well, here are a couple of things to chew on…

The first is something that came up at the “angry mob” meeting held before the holidays at the West Sahara Library which was hosted by City Councilwoman Victoria Seaman.

During one of Shrek’s many rude, bombastic interruptions, Ms. Seaman indicated that Shrek doesn’t actually live in the Queensridge Quagmire any longer.  He has property there, but has since moved elsewhere.

Interesting and significant if true.

Secondly, one of my intrepid readers sent me a link to a story from last spring that should set off warning bells for anyone trusting the motives and integrity of Shrek in this matter.

“A group of former lawyers connected to Wynn Resorts were involved in long-running efforts to conceal allegations of sexual assault and misconduct against the casino giant’s founder, Steve Wynn, according to a report released Tuesday by the Massachusetts Gaming Commission. …

“Frank Schreck, chairman of the gaming practice at Brownstein Hyatt Farber Schreck, was involved in the settlement negotiations with the woman in 2005, the report says. Schreck helped structure a new business entity to make $7.5 million worth of payments over a 10-year period to the alleged victim, the regulatory report says. It notes the settlement was ‘structured for utmost secrecy.’

“Schreck, whom the gaming commission’s report says had a relationship with Wynn spanning decades, represented the company in the settlement negotiations, according to a deposition of another outside lawyer involved in the case. But the investigators found that Schreck failed to alert the company’s then-general counsel to the issue and didn’t seek a waiver or consent from either Wynn or the company before taking on the matter, saying that was ‘the way it’s been for 40 years.’

“’This is but one example of the company’s failure to identify the existence of a potential conflict between the company’s interests and those of Mr. Wynn, and to assess outside counsel’s obligations with respect to representation accordingly,’ the report says.”

“Failed to alert the company’s then-general counsel to the issue and didn’t seek a waiver or consent from either Wynn or the company before taking on the matter”?

“Failure to identify the existence of a potential conflict of interest”?

Makes you wonder if Shrek’s involvement with this whole Badlands brouhaha is completely above-board, doesn’t it?

Is he really giving the Queensridge residents the straight poop?  Or does he have a hidden agenda and is just slinging BS like those slick-talking snake oil salesmen of yore?

He is a lawyer, after all.

That said, this is one of those issues that isn’t going away anytime soon.  And there will be lots of twists and turns and breaking news on it as we enter the new year.

However, I know this is a local issue and a lot of Muth’s Truths readers around the state and around the country don’t really have an interest in it.  So…

I’ve set up a separate dedicated website and a separate email list for folks who want to continue getting information on the Queensridge Quagmire and the Ogre of the Badlands.

If you want to sign up to get breaking news and email updates on this issue, you can sign up by going to: LandSnatch.com

“You would think Queensridge residents would have chosen a different leader/advisor/lawyer by now, after 5 years of this disastrous outcome for the neighborhood. Obviously, things are not working out very well. $2,000,000 in taxpayer-funded lawsuits, a dead golf course, dead trees, declining property values and a once private neighborhood now exposed to vagrants. And, no end in sight; just more and more litigation. Had their leader not let his ego come into play and reached a compromise with the developer, this neighborhood would have been so much better.” – Tom Letizia