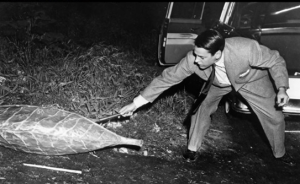 Has Tea Party Mike’s mind and body been snatched by pod people who have turned him into Moderate Mike?

Oh, how far GOP “leaders” have fallen from the golden days of Barry Goldwater, who famously intoned in his 1964 presidential nomination acceptance speech…

“I would remind you that extremism in the defense of liberty is no vice. And let me remind you also that moderation in the pursuit of justice is no virtue.”

SIDENOTE: I bet you didn’t know that Goldwater wasn’t the first to use such a phrase. No, that distinction actually belongs to Founding Father Thomas Paine, who wrote in Common Sense: “Moderation in temper is always a virtue; moderation in principle is a species of vice.”

I guess that makes me a vice cop, huh?

In any event, it’s not just the fact that Moderate Mike is now the leading Gumby Republican heading to Carson City; it’s how badly he conned the donors and voters who got him elected in the first place in 2010.

Indeed, as Moderate Mike now sings the praises of mushy-middle moderation, he was singing a very much different tune just three short years ago. But don’t take my word for it; take his.

With his latest “moderation/centrism” declaration in mind, compare that to the following column, published on Nevada News & Views, that then-“Tea Party Mike” wrote on April 16, 2010 (I’ve taken the liberty of bolding some of my favorite passages)…

(Michael Roberson) – Yesterday, on Tax Day, I pledged to the taxpayers of Senate District 5, and to all Nevadans, that if elected, I will oppose and vote against any and all efforts to increase your taxes.

For too long in this state, politicians have told us one thing – and then done another. They have made us promises – and then broken our trust. The result of which is that we don’t believe any of them.

That is why I put my promise to you in writing that I will stand with you as a consistently clear voice for smaller government, lower taxes and more freedom.

We are constantly hearing from many incumbent politicians, and the special interests they serve, that we must raise taxes to pay for a looming $3 billion plus budget gap.

Do not believe them.

These folks create a pie-in-the-sky budget number, which includes their wish list of special interest goodies that they would like to have. Then, when the revenue isn’t there to support their wish list – and it rarely is – they cry out for more of your hard-earned dollars.

I think it’s high time to throw a few facts into the equation, to wit:

– As a result, taxes went up last session by roughly 20 percent, or $1 Billion!

– Now, these same politicians want to spend $8.9 billion in the 2011-2013 biennium. To spend this kind of money, Nevadans would be faced with roughly a 60 percent tax increase!

Do these politicians and public sector-special interests not understand what is happening in Nevada?

Unemployment in Clark County is about 14 percent. There are close to 200,000 Nevadans currently out of work.

Who will pay for these massive new tax increases? Do they really believe that higher taxes will create more private sector jobs for Nevadans or bring more businesses into our state? How can they justify continued reckless spending policies in the midst of a recession?

These are questions that the tax-and-spend politicians do not want you to ask—because they don’t have an answer.

Well, I do have answers. The government must tighten its belt, just as we Nevadans in the private sector have had to do during this recession. The government can only spend the revenue that it brings in–and not a penny more. Finally, the real answer to increasing revenue is to put Nevadans back to work.

I pledge to stand with you to create a Nevada we can all be proud of and to put Nevada back in business.

If you want a poster child to explain to a space alien why the public believes all politicians are serial liars, Moderate Mike would be a prime candidate.

If there really are “pod people” walking among us, Moderate Mike is surely one of them.

Indeed, Michael Roberson told us one thing to get elected…and is now doing another.

He made us promises…then broke our trust.

Do not believe him.

In the immortal words of South Carolina Congressman Joe Wilson, “You lie!”

Over the past few weeks, I’ve had some establishment-type Republicans accuse me to turning on Mike Roberson. Bull. Mike Roberson turned on US.

Again, don’t take my word for it; take his.